Review: Game of Thrones Gets Off to a Subdued Start

Joe Naufahu and Emilia Clarke in season 6, episode 1 in Game of Thrones.
Macall B. Polay—HBO
By Daniel D'Addario

Is Jon Snow going to be resurrected? Game of Thrones‘s sixth-season premiere, in keeping with the show’s very methodical movement through the world of Westeros, provided no clarity.

Season premieres of Game of Thrones have, traditionally, been more engaged in table-setting for the next nine episodes than in plot twists; those have, throughout the show’s history, come once we’re fully immersed in Westerosi politics. This is not to say that there was nothing of interest in the Thrones premiere, but the long-awaited episode did more work tying up loose narrative threads than it did giving us new provocations. Even the climactic moment that gave the episode, “The Red Woman,” its title—Melisandre, in the privacy of her quarters, removing an apparently magical necklace to reveal her true form as a geriatric woman—gave us information about the nature of the world we’ve been watching for six years but little in the way of plot development. So she’s so magical that she can change her appearance: This is a woman who gave birth to a smoke ghost back in season 2. We know she has powers, but how is she going to use them to get the show closer to its endgame?

There’s time for that this season, but there’s also cause for concern that we may be, still, stuck in neutral on certain plotlines. If Daenerys is to play a major role in the show’s endgame, as it only makes sense she would (she’s so tangential to the story that there must be some reason we’ve been following her, and she’s the only character vying for power with dragons on her side), then it’s unfortunate that her season six storyline is being set up in a way that moves her yet further from where she needs to end up. Art needn’t be as methodical as chess to work (and, yes, her claim to power being out-and-out ignored by the new Khal raises interesting questions of gender), but breaking her out of the golden palace of fellow widows she’s being sent to will consume time and energy. “I want to see what the world looks like when she’s done conquering it,” Daenerys’s aide-de-camp/lover Daario declared while searching for her. So do we all—but something that interesting feels no closer right now.

Similarly, I thought the Sand Snakes’ violent crusade on behalf of just and suitable leadership for Dorne was pulse-pounding to watch, but I remain a bit perplexed as to why these relatively new characters, largely unintegrated into whatever we might consider the show’s main story, are characters we’re watching at all. All will surely reveal itself over time, but the sixth season of a planned eight is a bit late in the game for this feeling of narrative rootlessness, just as it feels late for Arya to undergo yet another training. (It only feels as though she’s been studying the art of war as long as Lisa Simpson’s been in the second grade.)

Not everything was quite so wheel-spinning; many of late season five’s major shifts were addressed promptly, in a forward-looking manner, and with gratifying moments of strength for the show’s too-often-abused and -misused women. Cersei, for instance, learned of the death of her daughter Myrcella, giving the queen regent new justification for her quest to topple all enemies and actress Lena Headey, the show’s strongest performer, yet another brilliant showcase scene. (Recalling her late daughter’s intrinsic goodness, Cersei ruefully declared, “I don’t know where she came from. She was nothing like me.”) A brief check-in with Margaery, still in the High Sparrow’s prison, was just enough to whet this viewer’s appetite for the character’s eventual release, or escape, or whatever she cons her way into. And Sansa’s team-up with Brienne of Tarth at the very moment it appeared she was to be sent back to Ramsay Bolton (who, absent his wife, is now useless within his family) was reason enough to cheer.

In short, it was an episode of Game of Thrones, a show with little interest in or aptitude for self-editing. The aspects that worked were no better-written or more artfully shot than those that fell slightly flat; they simply had a sense of urgency that was, even by the standards of a show whose premieres are slow going, was absent elsewhere. Maybe that’s why so many fans are so excited about the prospect of Jon Snow coming back to life. It’d be the sort of bold move that, lately, tends to involve only characters on the edge of the story. A little excitement for a character with a real chance at taking the Iron Throne (if he comes back to life) wouldn’t be such a bad thing. 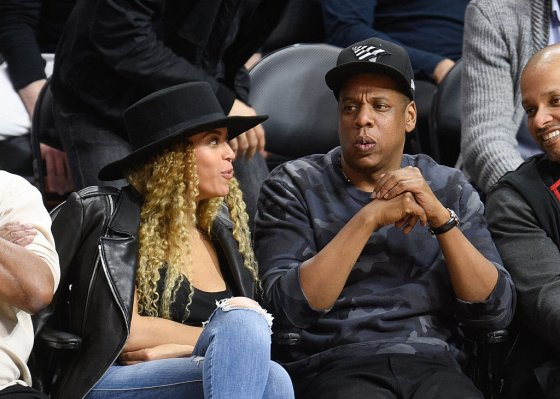 Beyoncé Fans Worry Lemonade May Be About Jay Z Cheating
Next Up: Editor's Pick