In this 2007 file photograph, Charles Koch, head of Koch Industries, talks passionately about his new book on Market Based Management.
Wichita Eagle—MCT via Getty Images
By Melissa Chan

Conservative billionaire Charles Koch thinks there’s a chance Hillary Clinton could be a better choice for president than any of the Republicans in the running.

The powerful player in Republican politics weighed in on the 2016 election during an interview with ABC News that aired Sunday. Koch was first asked whether he thought Bill Clinton was a better president than George W. Bush. “In some ways,” he responded. “In other ways, I mean he wasn’t an exemplar.”

When asked if it was possible that Democratic presidential candidate Hillary Clinton could be preferable to another Republican, Koch told ABC’s Jonathan Karl: “It’s possible.”

Koch was critical of Republican frontrunner Donald Trump during the interview, saying that there are “terrible role models” among those vying for the GOP nomination. However, he said he is not yet ready to endorse Hillary Clinton’s candidacy. “We would have to believe her actions would be quite different than her rhetoric. Let me put it that way,” Koch said.

Hillary Clinton made it clear she didn’t want Koch’s support in response to his comments. “Not interested in endorsements from people who deny climate science and try to make it harder for people to vote,” she wrote on Twitter. 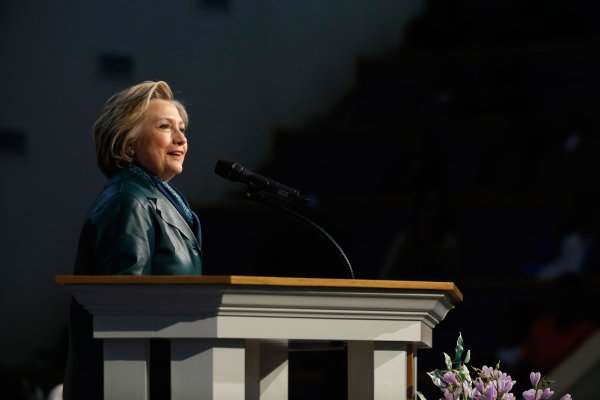 Hillary Clinton: Harriet Tubman Is a Symbol for America
Next Up: Editor's Pick