Beyoncé released her sixth album Lemonade on Saturday night. It was a slightly telegraphed surprise release that was presented as a “visual album”—like her last effort, the 2013 Beyoncé, it appeared on a digital-music service with each song already accompanied by a video, although this time out the packaging rights went to HBO and the streaming-music service Tidal (which is owned by Beyoncé’s husband, Jay Z) instead of Apple.

Speculation about when Lemonade would arrive has run rampant for much of 2016, although in retrospect its late-April arrival should have been obvious—after all, the Formation World Tour, which Beyoncé announced after her Super Bowl cameo, kicks off in Miami on Wednesday. (She may be one of pop’s reigning doyennes, but don’t forget that she’s a business, man.)

Yet in contrast to 2013’s uxorious Beyoncé, Lemonade is very much about romantic strife; it opens with the lyric “You can taste the dishonesty” and takes off from there, detailing transgressions both major and minor. Appropriately enough, it soars when Beyoncé is at her most aggrieved. The scorching “Don’t Hurt Yourself” is a spat-out rebuke to someone who has caused Beyoncé to turn into “the dragon breathing fire”; Jack White acts as Greek chorus, growling “when you hurt me, you hurt yourself” to all potential double-crossers. “Sorry” is a self-contained battle between light and dark, its “middle fingers up” attitude and groaned complaints about a lover’s late nights leavened by fizzy synths and the occasional trilled lyric.

Beyoncé’s brand of R&B borrows stylistic flourishes from all over the pop spectrum. “Hold Up” adds a dancehall lilt and the occasional airhorn to a devotional borrowed from New York art-punkers Yeah Yeah Yeahs’ 2003 “Maps” and a coda nicked from the blustery MC Soulja Boy’s “Get My Swag On.” Meanwhile, “Daddy Lessons” brings in a horn section and a harmonica for a sweaty barroom jam session about a complex relationship with a father figure. Even the presence of the bummer-riding crooner The Weeknd does little to diminish the mood of Lemonade, although it helps that “6 Inch,” the album’s new-millennium update to Sheila E.’s “The Glamorous Life,” is set in the sort of seedy clubs that serve as his milieu.

Lemonade hits its emotional climax with “Freedom,” which uses a sample from the Mexican psych-rock group Kaleidoscope in order to establish its woozy feel and a 1947 snippet from an unidentified prisoner at the Mississippi State Pentitientiary to telegraph its larger intent; on the chorus, Beyoncé’s pleading for freedom explodes the distinction between the personal and the political (“I break chains all by myself/ Won’t let my freedom rot in hell,” she declares), and an incendiary verse by Kendrick Lamar confronts the country’s still-simmering racial tensions.

That song, “Freedom,” is capped with a quote from Jay-Z’s grandmother, Hattie White, that gives away the meaning behind the album’s title: “I had my ups and downs,” she declares, “but I always find the inner strength to cool myself off. I was served lemons, but I made lemonade.” The gorgeously languorous song that follows, “All Night,” is similarly redemptive; while Beyoncé, her voice reserved, sings of caution on the verses, she closes by tenderly saying, “How I missed you, my love.” It’s not riding off into the sunset, but it’s at the very least a somewhat happy ending for the 11 new tracks. (The fiery “Formation,” which B premiered right before her February Super Bowl cameo, serves as a sort of end-credits sendoff.)

Whether or not Lemonade is based on real-life events has been the subject of fevered discussion by forensic Beyoncéologists, who are poring over lyrical references, old gossip-blog items, and Instagram posts in order to suss out the album’s real-life news pegs. But figuring out whatever blind items Beyoncé is laying down (on her husband’s platform, no less) is hardly essential to enjoying this album. Its songs feel fresh yet instantly familiar, over-the-top but intimate, with Beyoncé’s clarion voice serving as the fulcrum for her explorations of sound and the self. 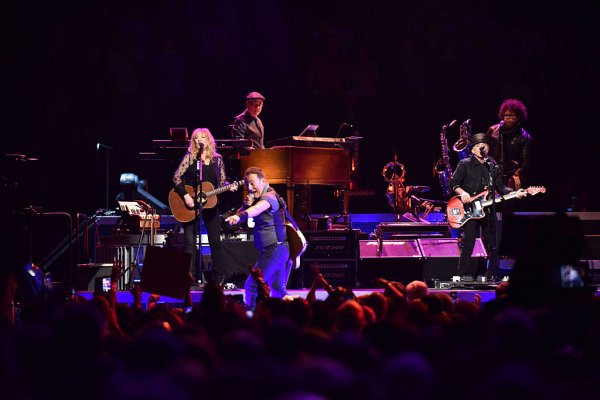