The Most Controversial Maypole in American History

A 19th-century engraving of Cpt. Miles Standish and his men observing the 'immoral' behavior of the Maypole festivities of 1628
Ullstein bild / Getty Images
By Lily Rothman

In the modern United States, May Day traditions of dancing around a maypole are seen as the height of innocence. If the first of May has any controversial implications, it’s for the date’s association with labor movements, socialism and communism.

But things were very different in the 17th century, when May Day was seen as downright sinister. According to the New England Historical Society, it all started when a man named Thomas Morton arrived in the New England colony from England in 1624. Unlike the puritans who had come to escape religious persecution, Morton was part of a trading expedition that set up shop in what’s now Quincy, Mass.

MORE: The Bloody Story of How May Day Became a Holiday for Workers

Though he may have been busted, Morton made his side of the story known, in a text called New English Canaan that contrasted the “harmless mirth made by young men” and the strict ordinances of the Puritans who “[trouble] their brains more than reason would require about things that are indifferent.” 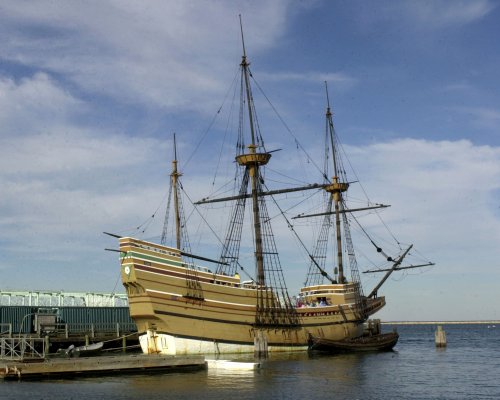 Three Presidents, Sarah Palin and Many More Americans Are All Related to One Single Pilgrim
Next Up: Editor's Pick