How the United States Is Bracing for Zika

A mosquito’s buzz is barely audible, but it’s enough to keep scientists up at night. By 8 a.m. on Wednesday morning, disease detectives at the U.S. Centers for Disease Control and Prevention (CDC) are busy manning the agency’s Emergency Operations Center (EOC), the public health equivalent of mission control, where top U.S. scientists in every expertise, from infectious disease to birth defects, are trying to get a handle on the mysterious Zika virus. For decades the virus appeared to result in just benign infection, but all that changed in a matter of months when it was linked to microcephaly and other brain and autoimmune disorders.

“This whole scenario is so different from anything I would have expected,” says Dr. Lyle Petersen, director of CDC’s division of vector borne diseases, who leads daily meetings in the EOC. “This is probably the most complicated issue CDC has ever faced. Everything is not straightforward and every single center at CDC is involved, which is unprecedented. ”

The United States has activated its EOC to a Level 1 response just four times: during Hurricane Katrina, H1N1, Ebola, and now Zika. And it’s unsettling to both scientists and citizens that a public health emergency of international concern has forced the U.S. into attack mode twice in just under two years. Scientists knew a fair amount about the Ebola virus before it rapidly spread in West Africa 2014. Yet, it still managed to infect over 28,600 people and kill more than 11,300 in West Africa. Now Zika is the virus du jour, and while it is not as deadly, scientists are learning almost everything about it—from what it looks like to how it spreads—in real time.

“We wish we had more answers,” CDC director Dr. Tom Frieden told TIME on Wednesday. “Zika is a very challenging virus to fight and the response is enormously complex.”

In the EOC, scientists are monitoring cases of the virus, assessing the U.S.’s ability to protect itself, figuring out better diagnostics, and running studies of pregnant women with Zika. They’ve made progress: the agency has sent better testing tools to state laboratories, launched studies of people at home and abroad, and recently declared that the link between Zika and microcephaly is definitive. “It took a lot of data being collected to use the word ‘cause,’ which we don’t use lightly,” says Peggy Honein, chief of the Birth Defects Branch at the CDC, who says she was initially skeptical about the link. “As a scientist you want to say, What is the alternative explanation? But week after week no matter how you stretched your brain, you couldn’t think of another explanation that would explain what we are seeing.”

So much about the virus is unknown, like why some pregnant women with Zika have babies with microcephaly and others did not, and when during pregnancy an infection is especially worrisome. The virus threw scientists a curve ball when it was confirmed that it could also spread sexually, a first for a mosquito-borne virus. “We had been aware of a couple [sexual transmission] case reports, we had no idea that this was going to play any appreciable role. Now it looks like it’s going to,” says Dr. Beth Bell, director of CDC’s National Center for Emerging and Zoonotic Infectious Diseases. “This is the first time in over 50 years that we’ve identified a birth defect caused by an infectious disease. This is really a watershed event in a number of ways.”

Fighting the mosquito, a familiar foe

America’s ability to track mosquitoes carrying viruses is not up to snuff, and Petersen will be the first to admit it.

About 15 years ago, when the West Nile virus came to the United States, the U.S. built up a surveillance system called ArboNET—a national database of arboviral infections. But as other viruses grabbed global attention and the financial crisis hit, budgets were cut and energy was spent elsewhere. “All these other things happened, so that system has been eroding over time. It has less resources than it did 15 years ago, so the capacity for vector control and surveillance for these kinds of diseases has gone down,” Petersen says. “The other problem is that the system is geared toward West Nile. Not necessarily Zika. So we are having to rebuild a decaying system to do something else.”

Read More: What Every Woman Needs to Know About Zika

States’ ability to conduct adequate mosquito control is not much better. While some cities or regions have funding for robust mosquito control teams equipped with pesticide spraying helicopters, others do not. “If you look at a map of where there’s mosquito control, it looks like somebody threw darts at a map. What we have is a patchwork,” says Petersen. “One community may have something that’s very good, and the very next community may have nothing at all. Houston has a very sophisticated operation, other places may have the guy running the garbage truck or the snow plow doing mosquito control.”

The goal, Petersen says, is to get mosquito control efforts across the U.S. to a certain standard and to increase the mapping of mosquitoes to better understand where exactly aedes aegypti are lurking. “We don’t really have a great idea,” he says. “This is where we think they are, but we don’t know exactly where they are and in what density.”

For now, CDC workers say their top priority is protecting pregnant women and their babies, while simultaneously getting answers to the many questions that linger, and hope funding comes soon. “Nobody should have to go through this,” says Bell. “I just wish we had better tools.” 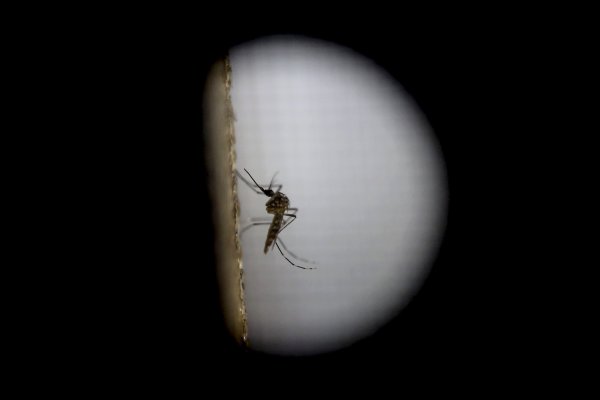 What Every Woman Needs to Know About Zika
Next Up: Editor's Pick