Queen Elizabeth II celebrated her 90th birthday this week, and Niagara Falls turned purple on Thursday as a tribute to the British monarch.

But there was another reason the color purple was on everyone’s minds.

The death of pop icon Prince was seized upon by his fans as an eerie coincidence in their replies to the tweet by Canadian travel site Canoe Travel. Prince was, of course, often known as the Purple One, in part because of one of his most famous songs, “Purple Rain.”

Prince, of course, was royalty in his own right — and not just because of his name. 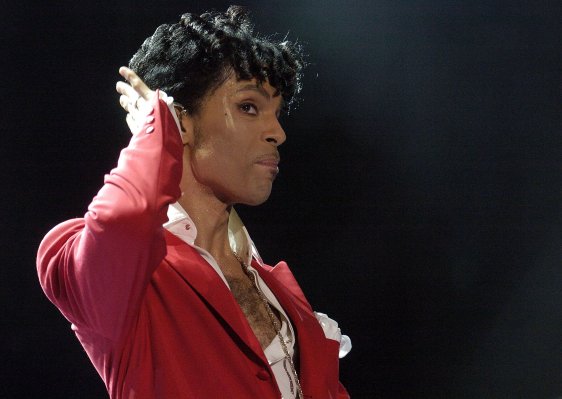 Remember When Prince Sang About Breakfast on 'The Muppets'?
Next Up: Editor's Pick