President Barack Obama called Prince a “creative icon” and an “electrifying performer” after the legendary musician died Thursday at his Paisley Park estate in Minnesota at the age of 57.

“Few artists have influenced the sound and trajectory of popular music more distinctly, or touched quite so many people with their talent,” Obama said in a statement. “As one of the most gifted and prolific musicians of our time, Prince did it all. Funk. R&B. Rock and roll. He was a virtuoso instrumentalist, a brilliant bandleader, and an electrifying performer.”

Read more: Prince Tribute: Why He Was the Great Purple Genius of Paisley Park

Prince performed with Stevie Wonder at the White House last year during a private party hosted by the President and First Lady. The party was not an official presidential event, but guests still took to social media to praise the “unbelievable experience” of seeing Prince and Wonder perform together.

“‘A strong spirit transcends rules,’” Prince once said — and nobody’s spirit was stronger, bolder, or more creative,” Obama said on Thursday. “Our thoughts and prayers are with his family, his band, and all who loved him.‎” 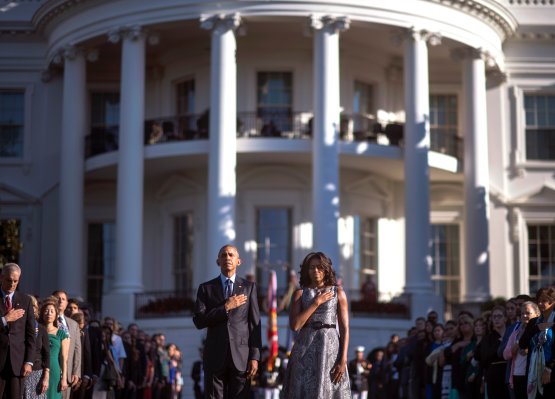 Here's Where the Obama Gave Their Money in 2015
Next Up: Editor's Pick