In the years preceding Prince’s Super Bowl halftime show, the NFL had been defaulting to very safe performers from a past era. Feeling stung by Janet Jackson’s “wardrobe malfunction” in 2004, the league had invited Paul McCartney and then the Rolling Stones to deliver utterly safe renditions of their hits. In 2007, Prince seemed a continuation of that trend, a way to honor the hits of another era without anything quite so dangerous as edge.

No one who was a fan of his, though, should have been surprised that Prince, who died today at 57, refused to play the part of a legacy act. Sure, his act began with “Let’s Go Crazy,” a song from his 1984 opus Purple Rain, and closed with that album’s title track. But in between, Prince showed a taste for wild invention, delivering cover versions of Creedence Clearwater Revival’s “Proud Mary,” Bob Dylan’s “All Along the Watchtower,” and, oddest of all, Foo Fighters’ “Best of You.” Each of these covers had the instantaneous effect of erasing from the viewer’s memory any past rendition (both “Proud Mary” and “All Along the Watchtower” had, indeed, been famously covered before) and establishing Prince as a chameleonic talent for a younger generation who knew him only as a symbol or a late-night joke.

Given twelve minutes of airtime on the year’s most-watched broadcast, most artists use the opportunity to promote their back catalog or a new single. Prince had little to prove as far as sales or chart achievements went; he was more concerned with simply putting on a show with the power to invigorate and genuinely surprise. Showmanship won out, for once, over promo, even at the year’s most heavily leveraged event. That South Florida’s open-air Sun Life Stadium was being buffeted by rain gave Prince an unwelcome opportunity to further prove his own gifts. While he improvised a lyric to reference the poor weather, he moved about the stage as though he could walk on water, or at least as though he had access to some imperviousness mere mortals could only imagine.

His inventiveness and energy took a while to take hold. Though the years immediately following Prince reverted to far less rebellious legacy-rock acts, it’s hard to imagine the contemporary Super Bowl halftime spectacle—for all its delights and in all its excesses—without Prince’s virtuosity. His ability to create a much-discussed moment out of a brilliant guitar solo on “Purple Rain” gave us Beyoncé blowing her audience away with “Halo”; his willingness to cede promotional time to new musical combinations gave us Missy Elliott‘s career-reviving solo moment; his set’s visual oddity and idiosyncrasy gave us Left Shark. The halftime show is the moment that comes as close as American culture gets to a mass bonding moment over music. Prince’s gritty determination to give us the best of himself, however it did or did not fit in with the NFL’s vision of staid guitar classics, made being a member of that audience feel like being part of a special club, one that granted access to something unbelievable.

And it’s a club that lives on in memory alone. Unlike practically any other halftime show of the modern era, it is next-to-impossible to find a high-quality version of Prince’s full act online, thanks to Prince’s well-known protectiveness over his copyright. It became, then, what live music is supposed to be—a moment of transcendence, exhilarating all the more thanks to the fact that even twelve long minutes can be more fleeting than anyone could imagine. 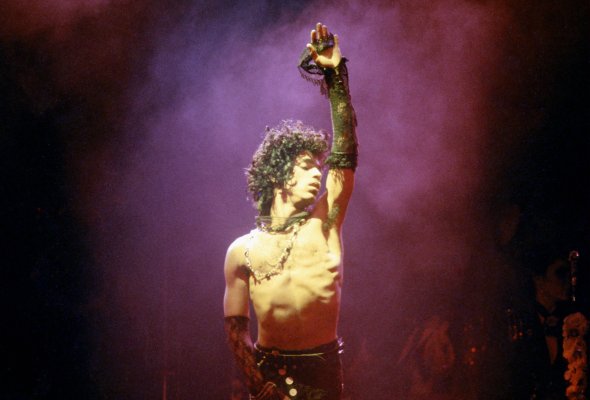 Prince Tribute: Why He Was the Great Purple Genius of Paisley Park
Next Up: Editor's Pick