Prince, one of the best-selling recording artists in music history, has died. He was 57, and his publicist confirmed his death.

“It is with profound sadness that I am confirming that the legendary, iconic performer, Prince Rogers Nelson, has died at his Paisley Park residence this morning at the age of 57,” Yvette Noel-Schure, a publicist for the musician, said in a statement.

It wasn’t immediately clear how he died. Authorities said Prince was found “unresponsive” in an elevator and was unable to be revived from CPR attempts. His death was confirmed after police investigated reports of a fatality at his Paisley Park estate in Minnesota. The artist, who had been battling the flu for several weeks, was hospitalized on April 15 after his plane made an emergency landing in Illinois. He was later released to recover at home. Before his hospitalization, he had postponed two shows he was scheduled to play in Atlanta as part of his “Piano and a Microphone” tour.

Born Prince Rogers Nelson in Minneapolis, Minn., in 1958, Prince was immersed in music from a young age. His father, John Lewis Nelson, was a pianist and songwriter and his mother, Mattie Della, was a jazz singer. He wrote his first song, “Funk Machine,” at the age of seven and formed a band, first called Grand Central and later Champagne, with a friend and a cousin while the trio were students at Central High School in Minneapolis. By the time he was in high school he played piano, guitar and drums, though he would eventually master enough instruments to populate an entire orchestra, if only he had enough hands.

A demo recorded under his first contract, with local businessman Owen Husney when Prince was 17, generated interest from a variety of record companies, and he signed with Warner Bros. in 1978. On his first album, For You, Prince not only produced, composed and arranged the music, but played every single instrument required to record the songs—a grand total of 27. His first big hit would come soon after, with the release of his second album, Prince, in 1979. “I Wanna Be Your Lover” sold more than one million copies and earned the musician a spot on American Bandstand the following year. 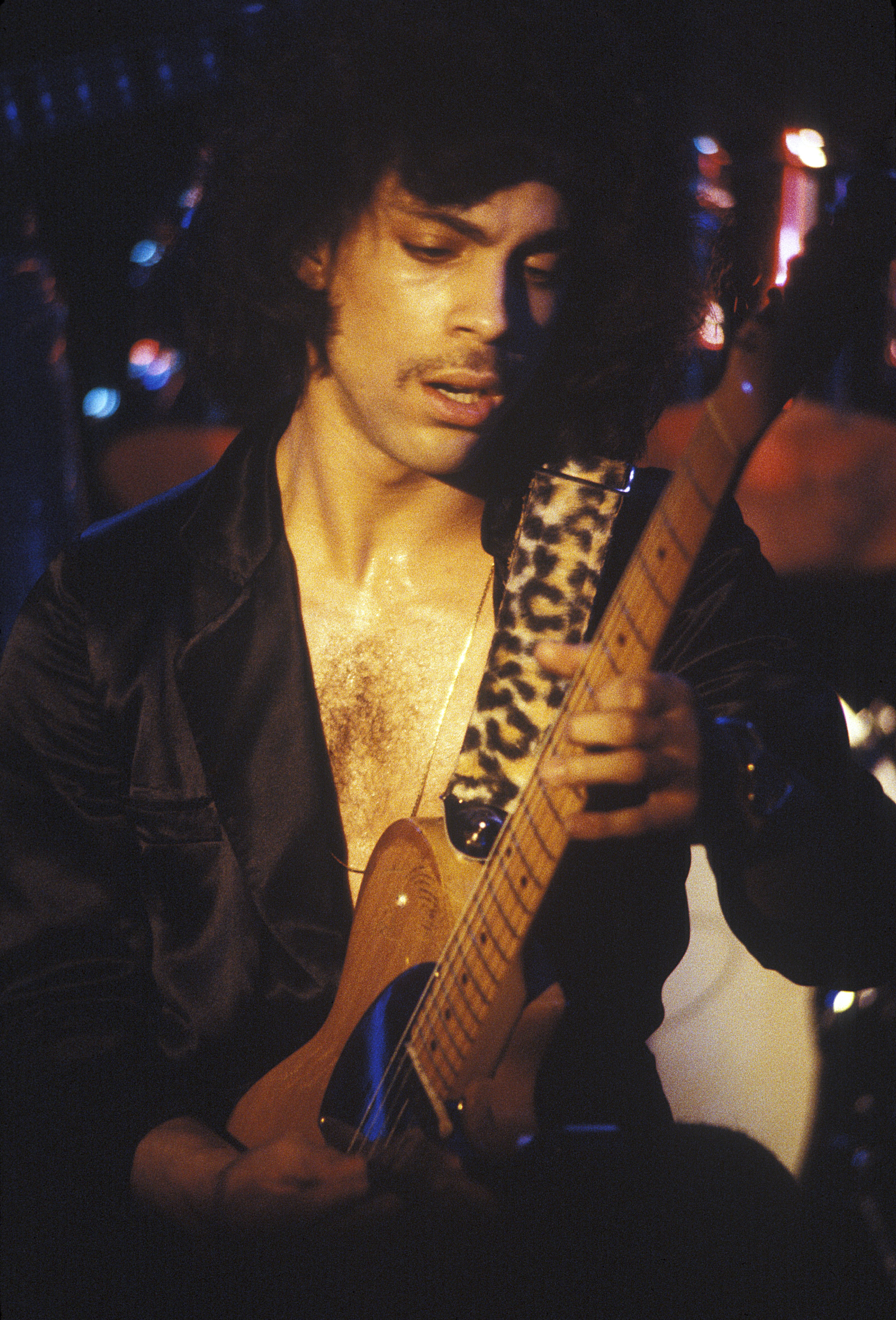 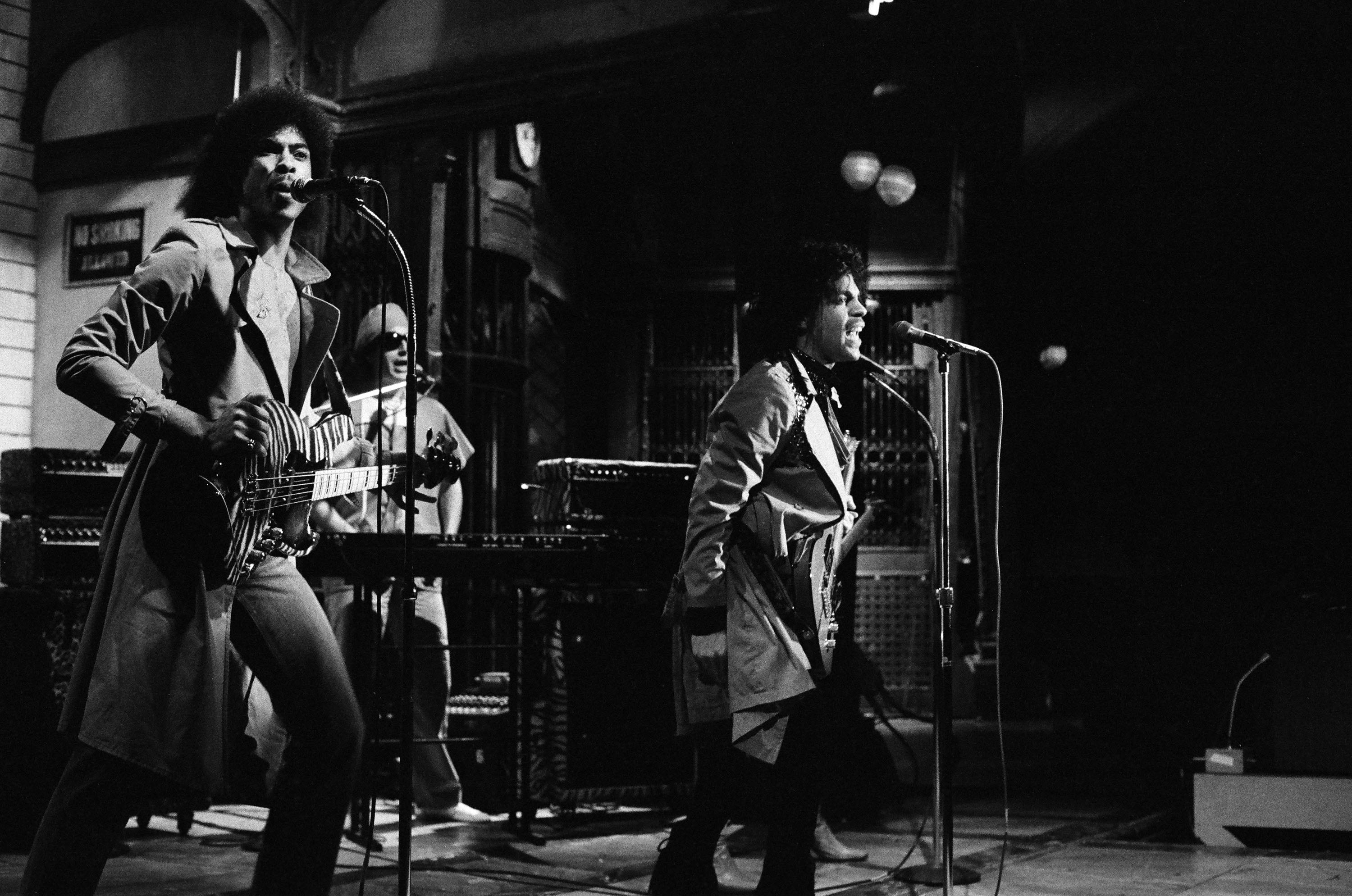 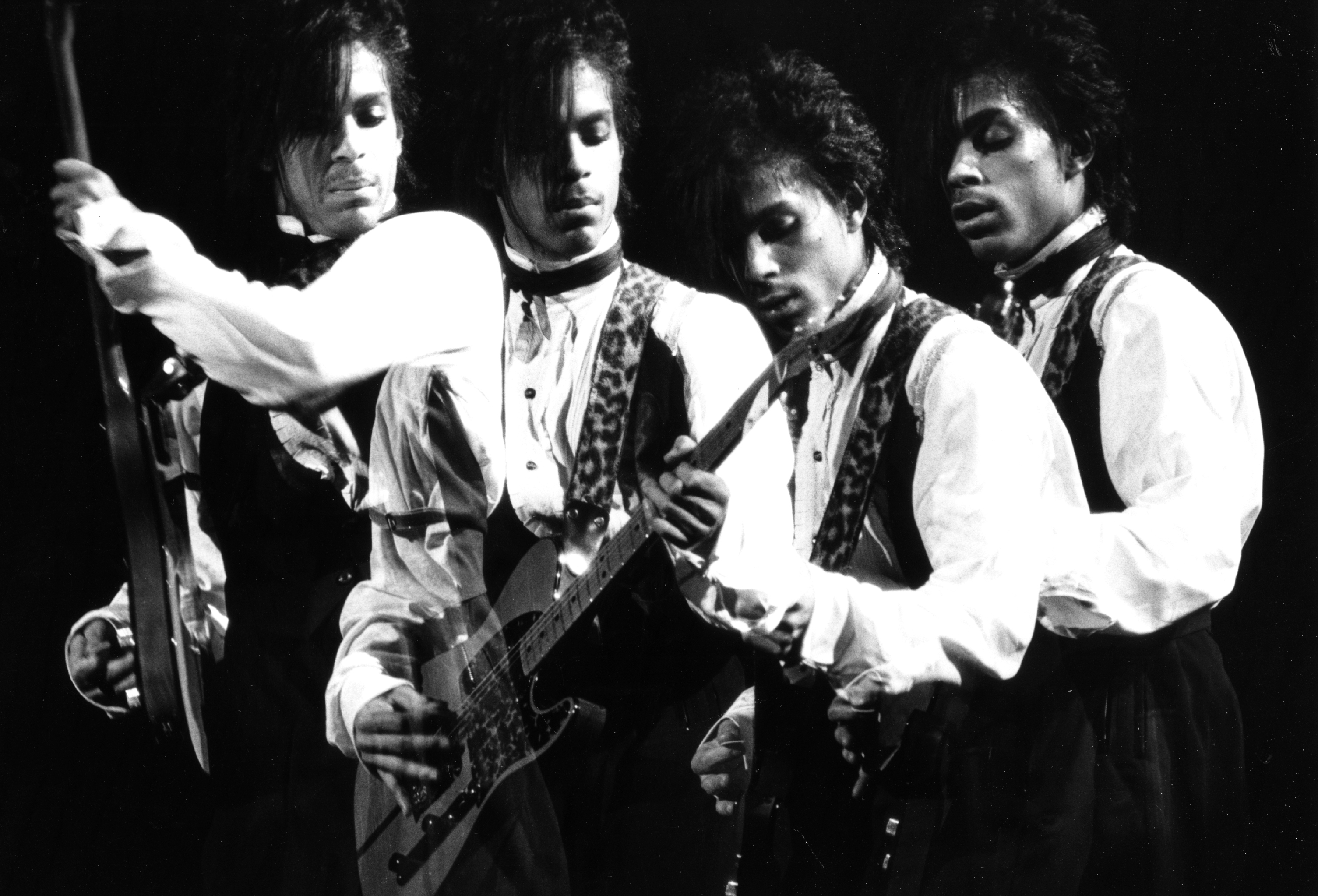 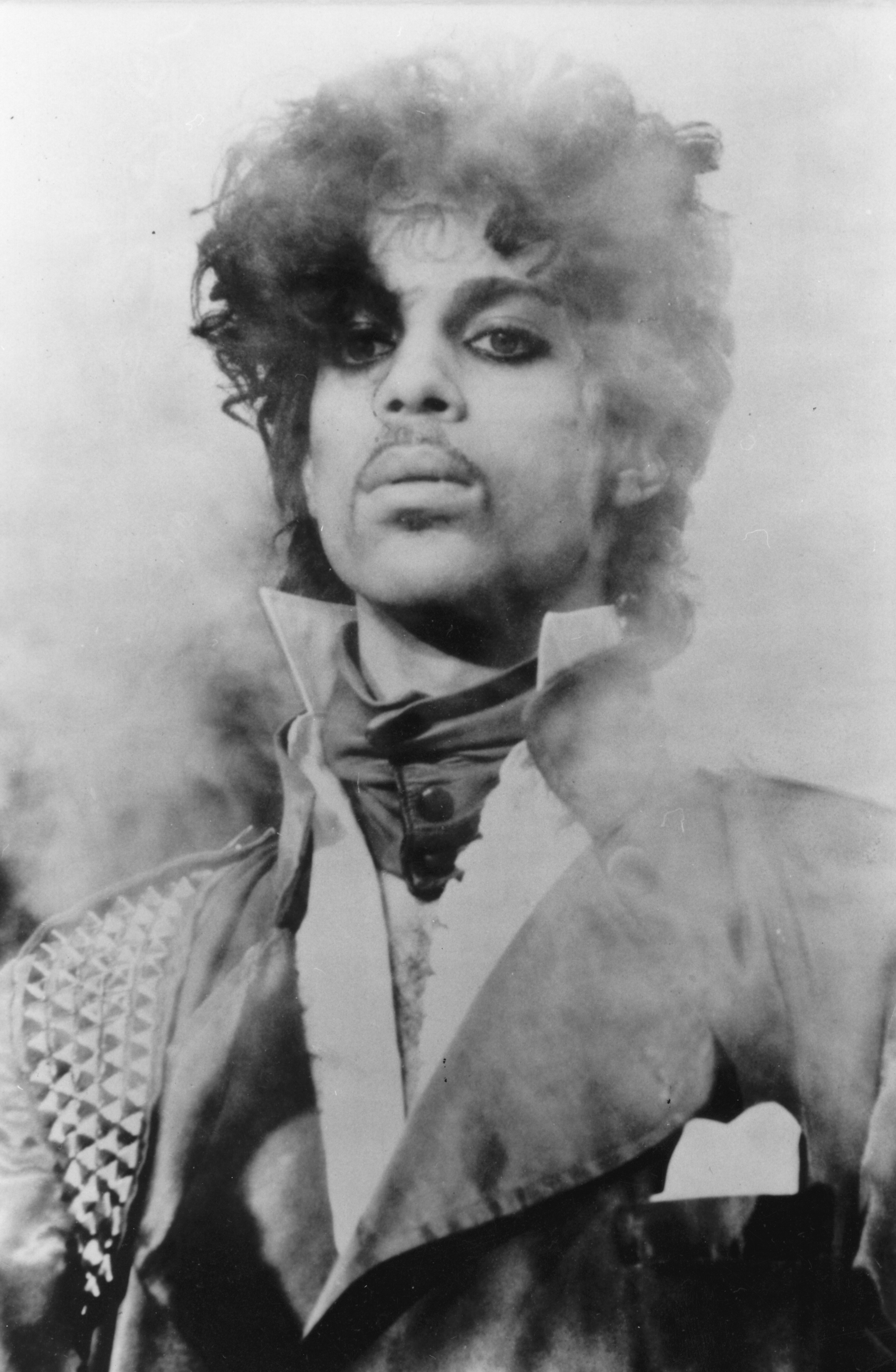 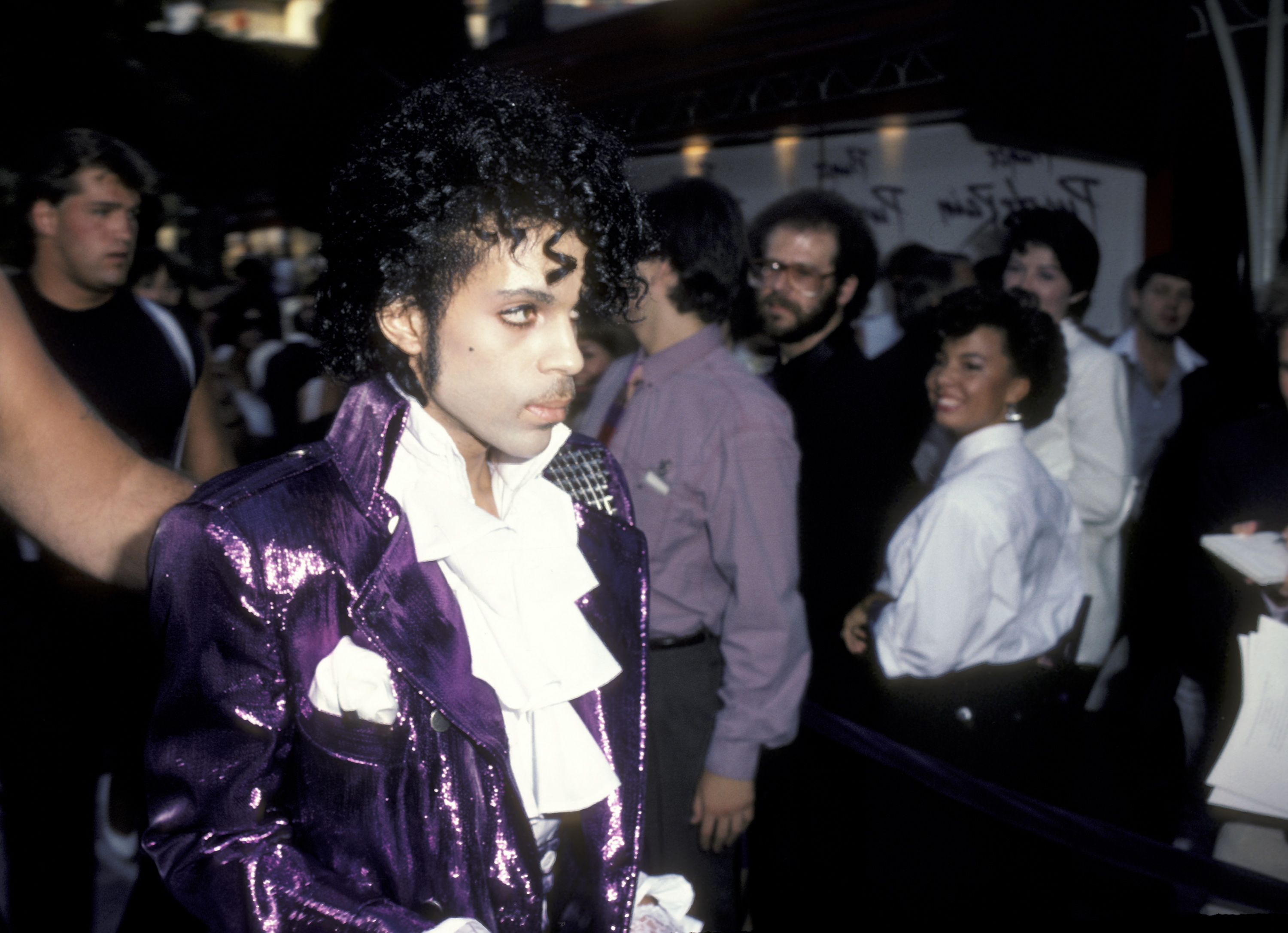 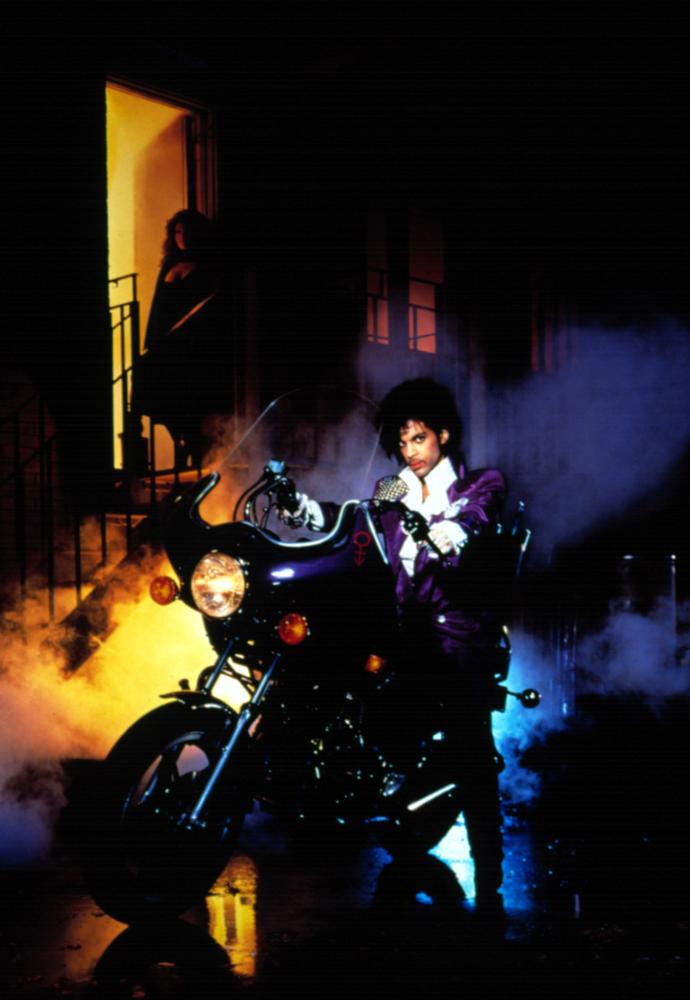 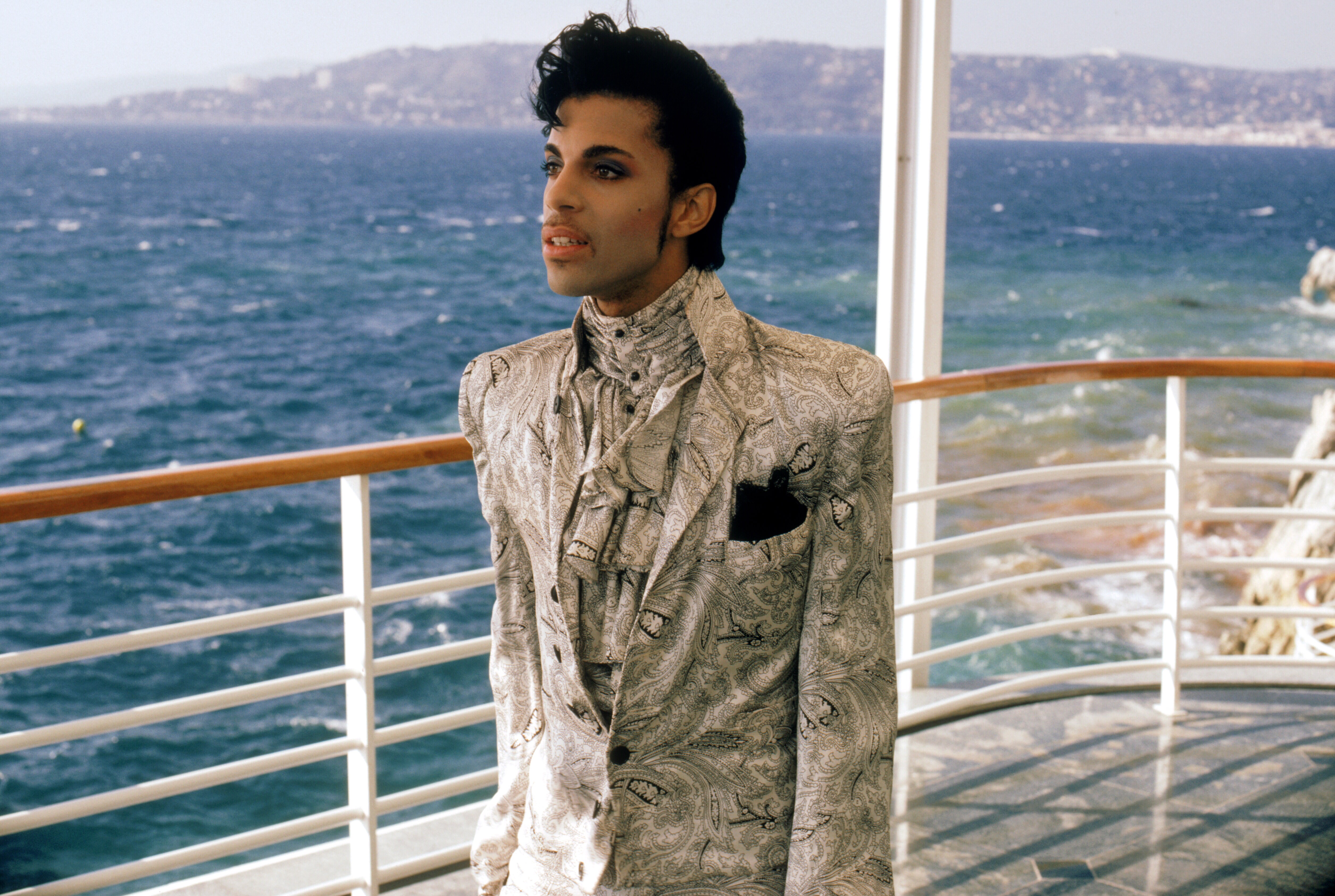 Prince in Under the Cherry Moon, 1986.
Warner Bros/Courtesy Everett Collection 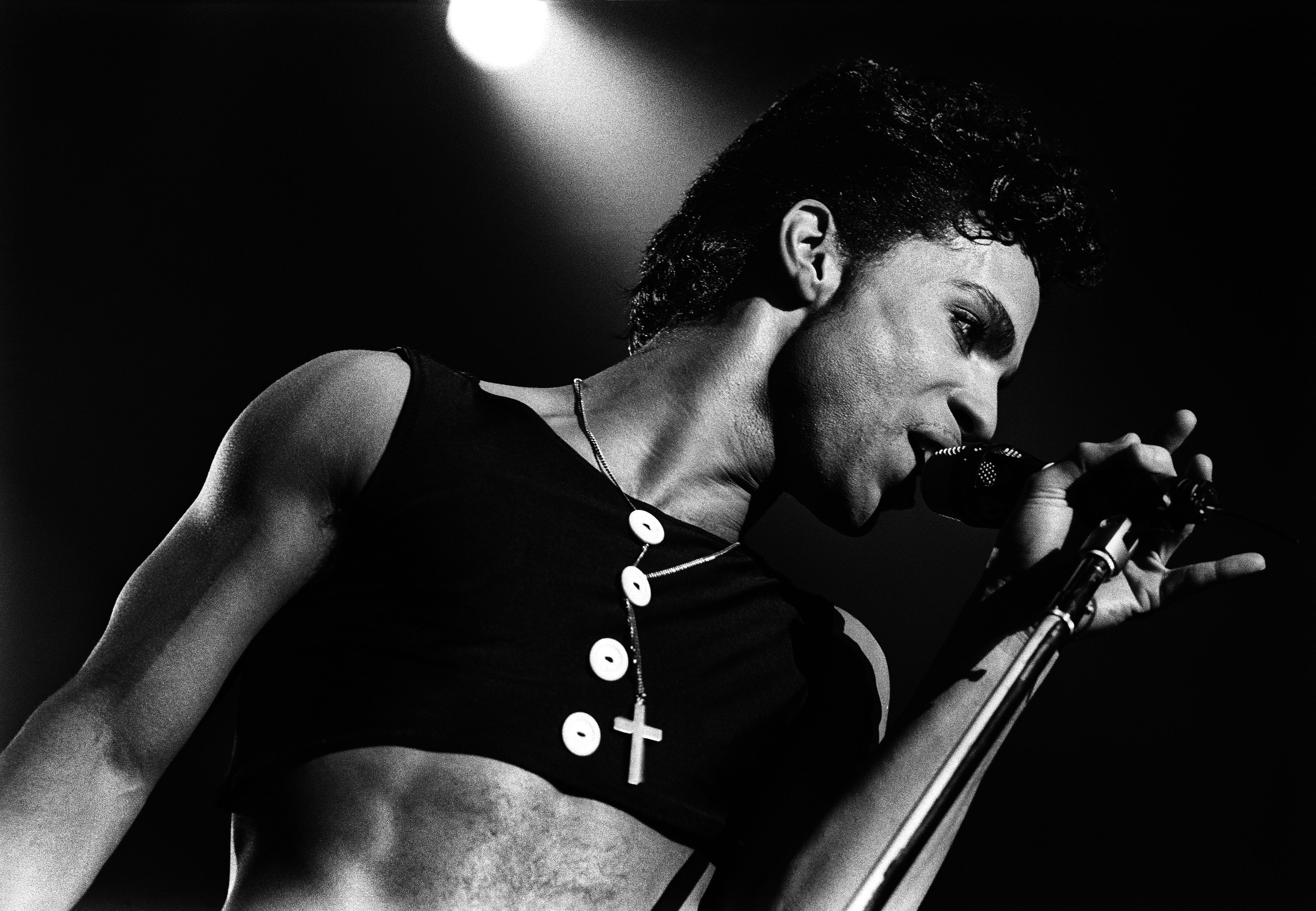 Prince and the Revolution perform on Aug. 17, 1986 in Rotterdam, Netherlands.
Rob Verhorst—Getty Images 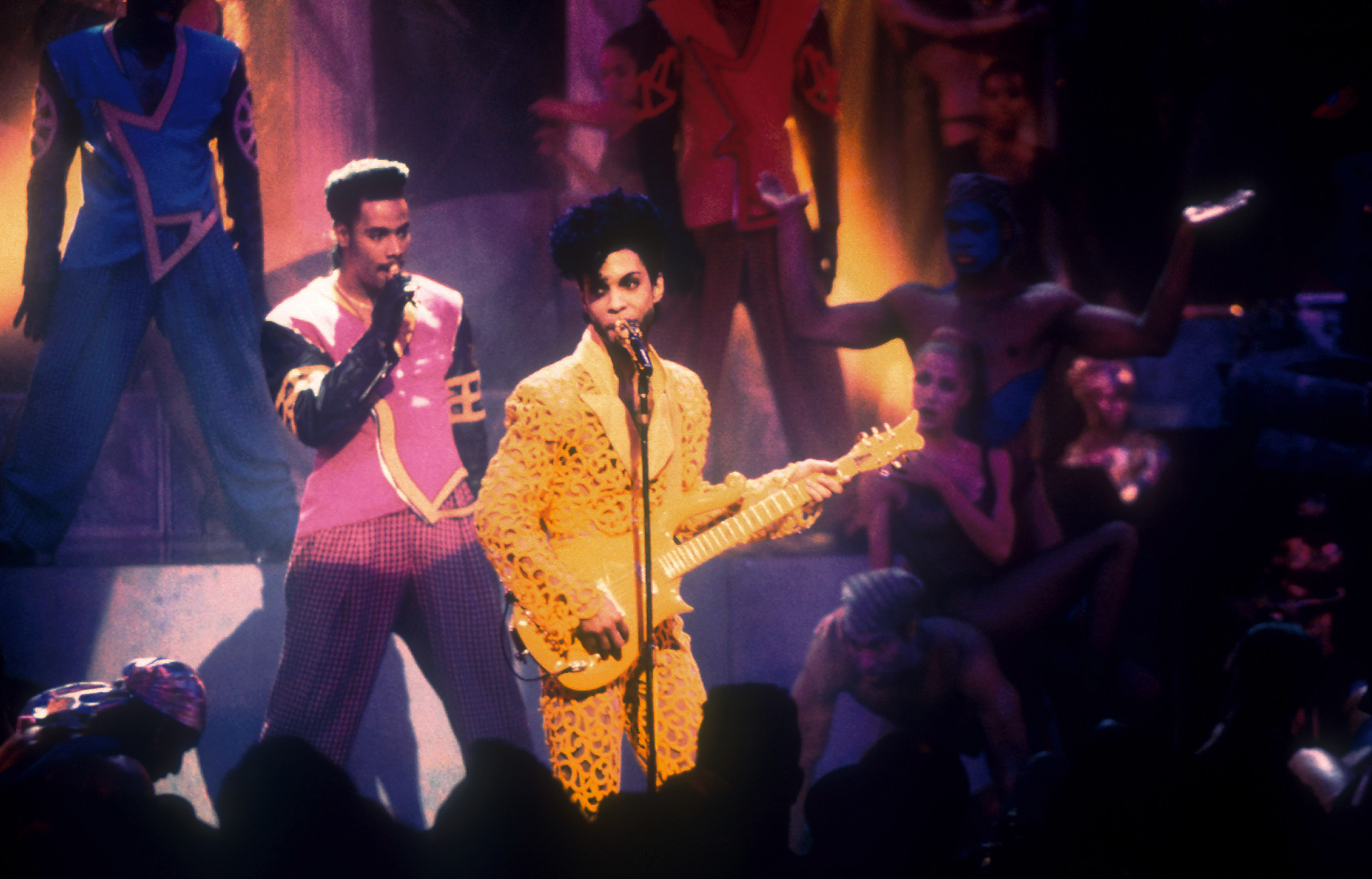 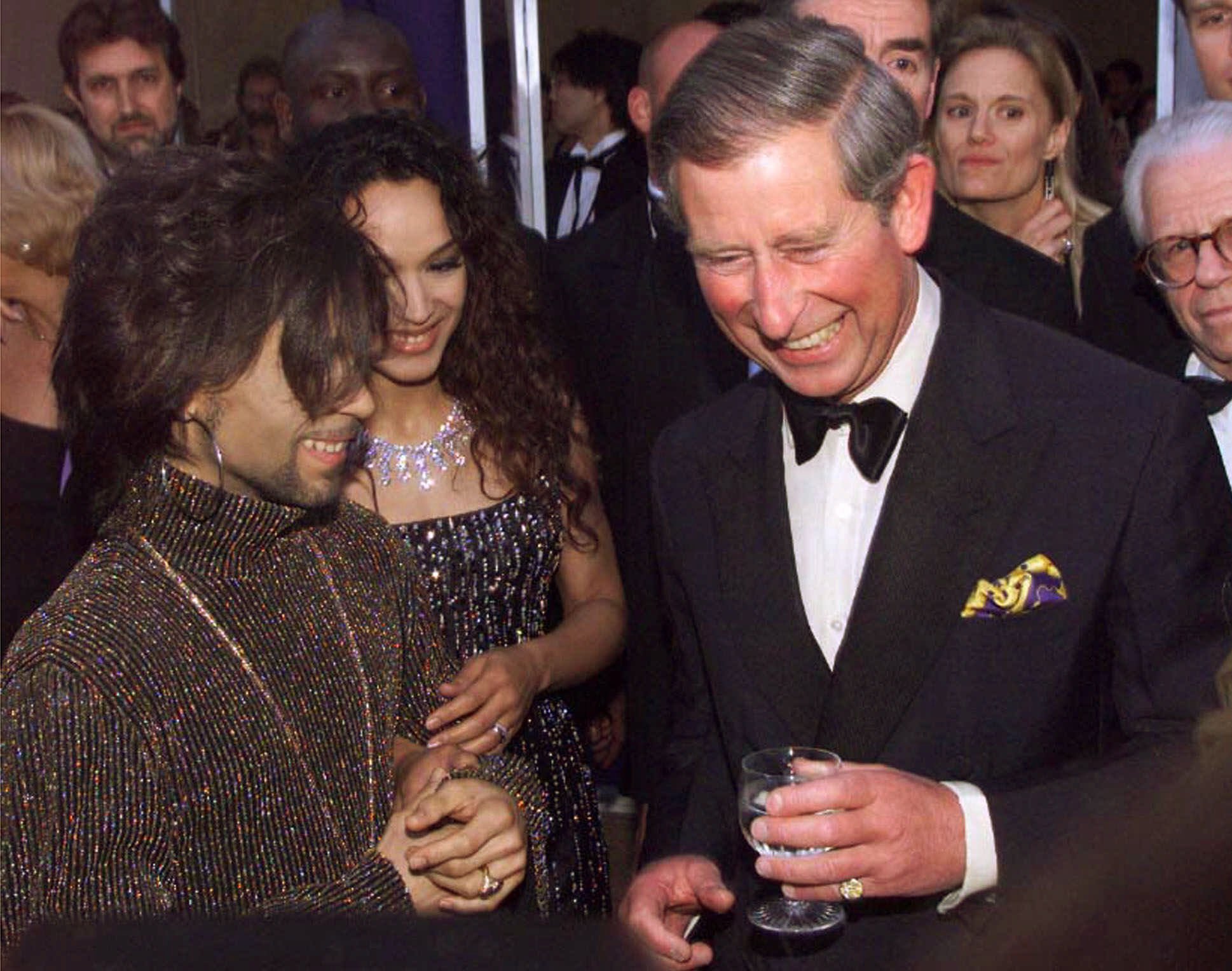 Prince Charles, right, talks with Prince, left, at the "Diamonds are Forever" celebration on June 9, 1999 in London.
Dave Hogan—AP 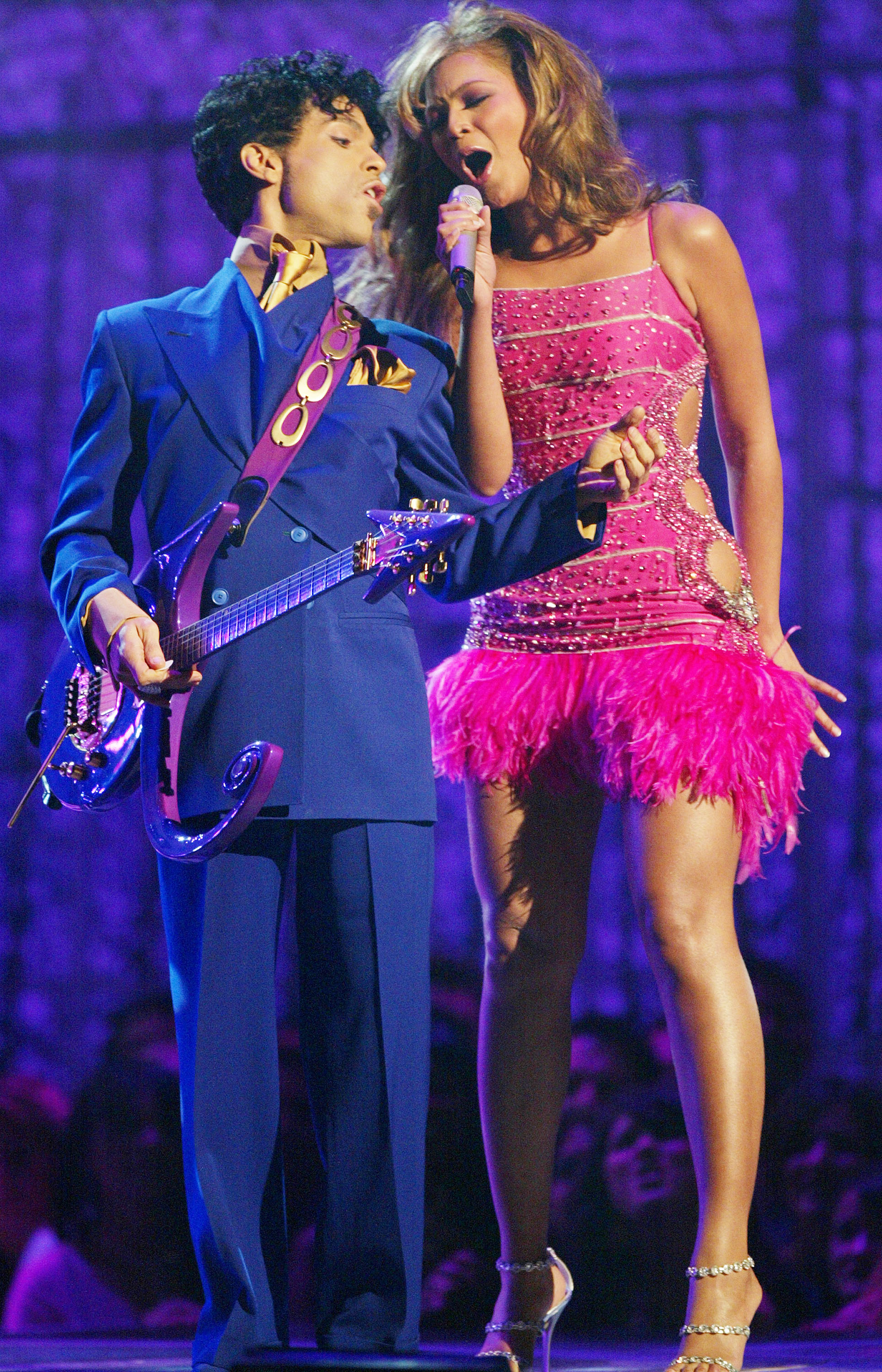 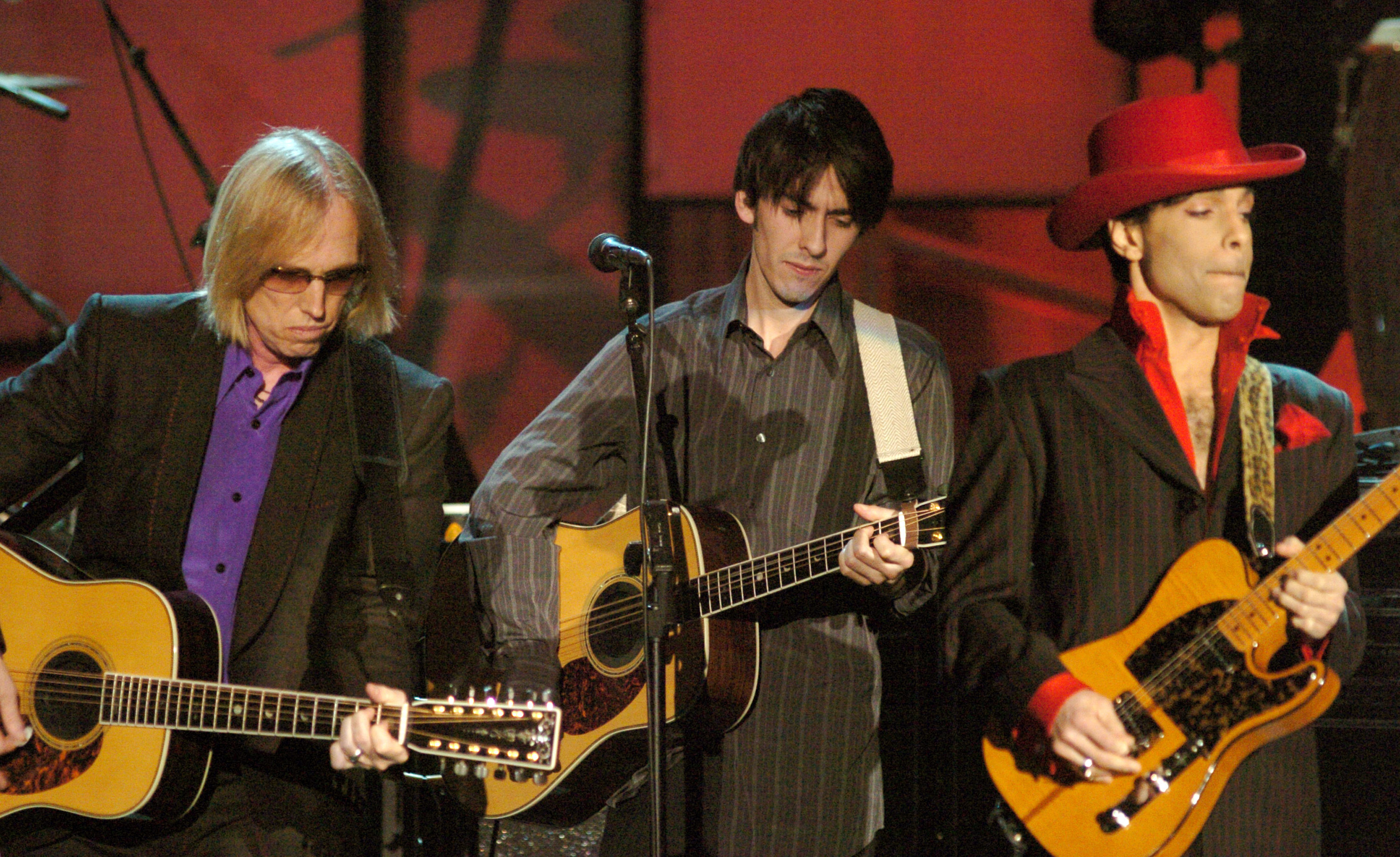 From left: Tom Petty, Dhani Harrison and Prince perform during The 19th Annual Rock and Roll Hall of Fame Induction Ceremony in New York City on March 15, 2004. Prince was inducted into the Hall of Fame that evening.
Dimitrios Kambouris—Getty Images 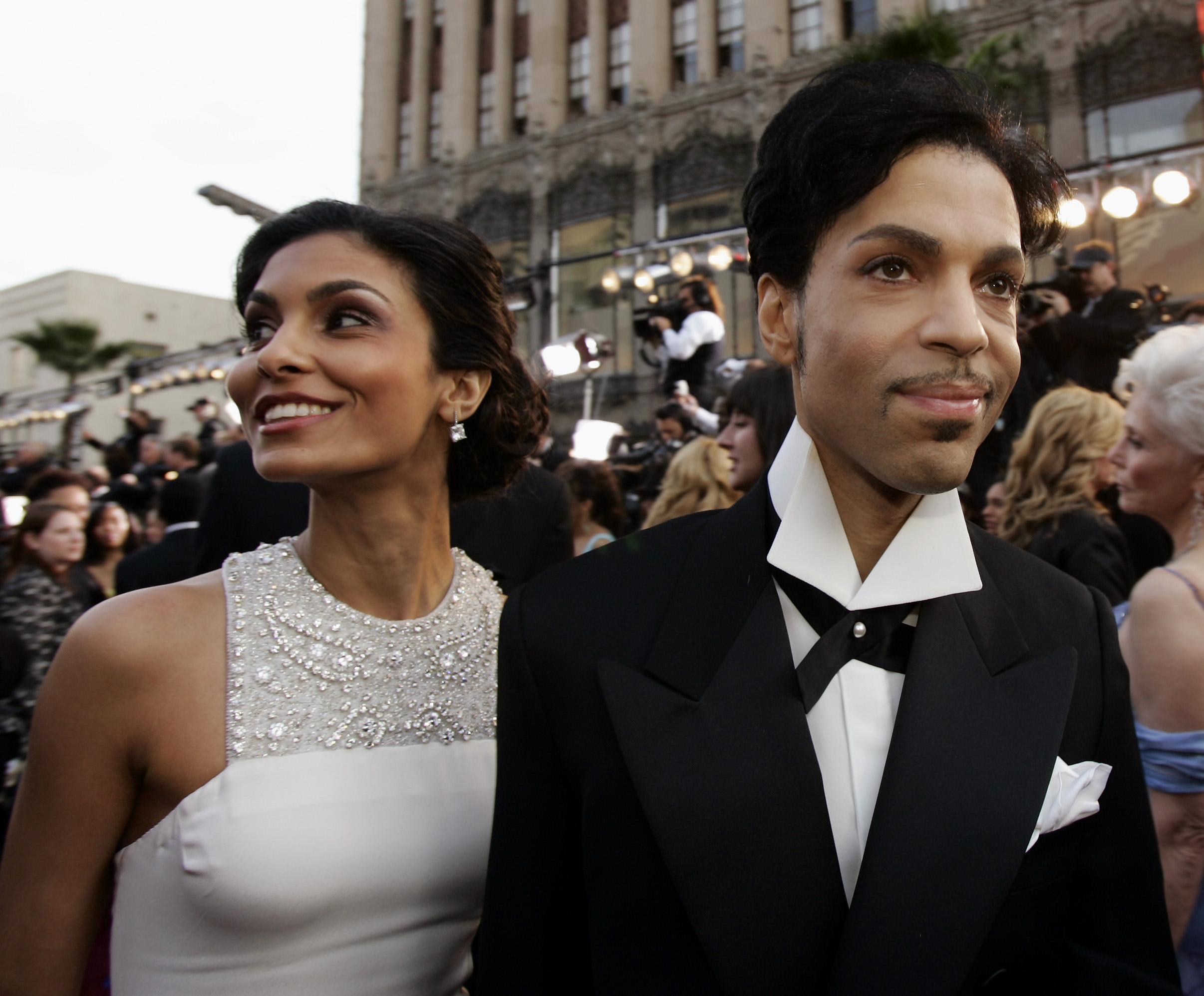 Prince arrives with his former wife Manuela Testolini for the 77th Academy Awards on Feb. 27, 2005 in Los Angeles.
Kevork Djansezian—AP 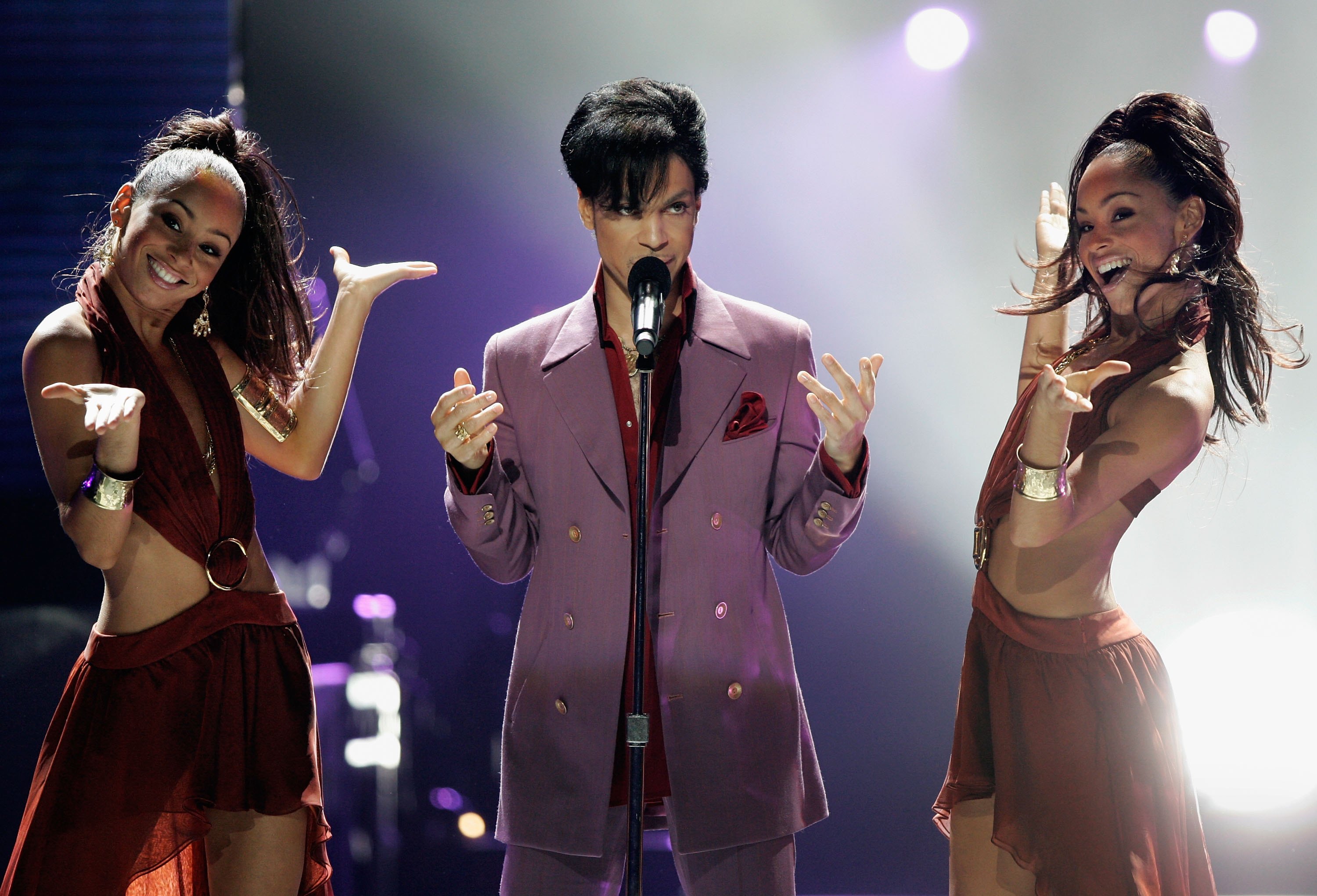 Prince performs during the American Idol Season 5 Finale on May 24, 2006 in Hollywood, Calif.
Vince Bucci—Getty Images 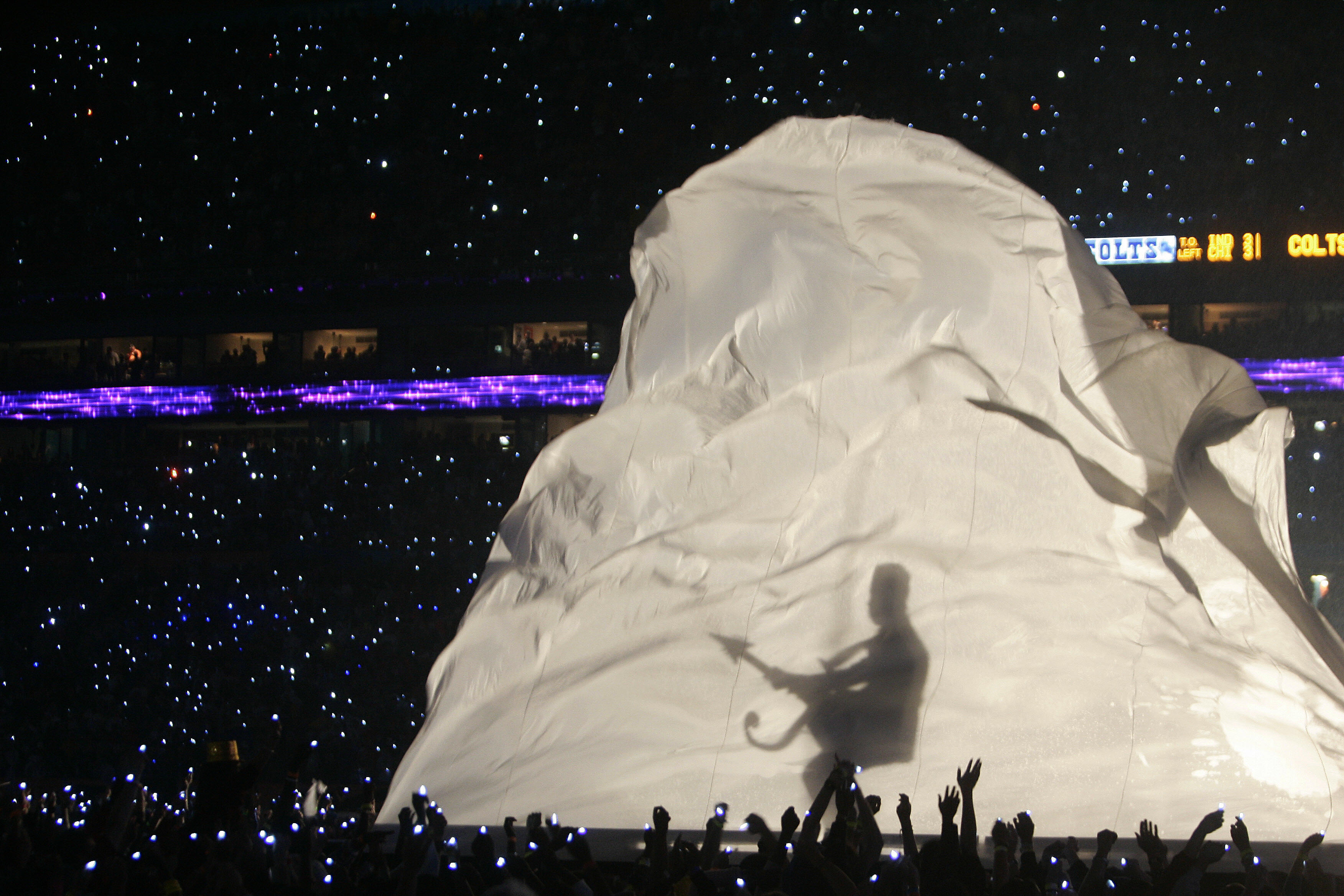 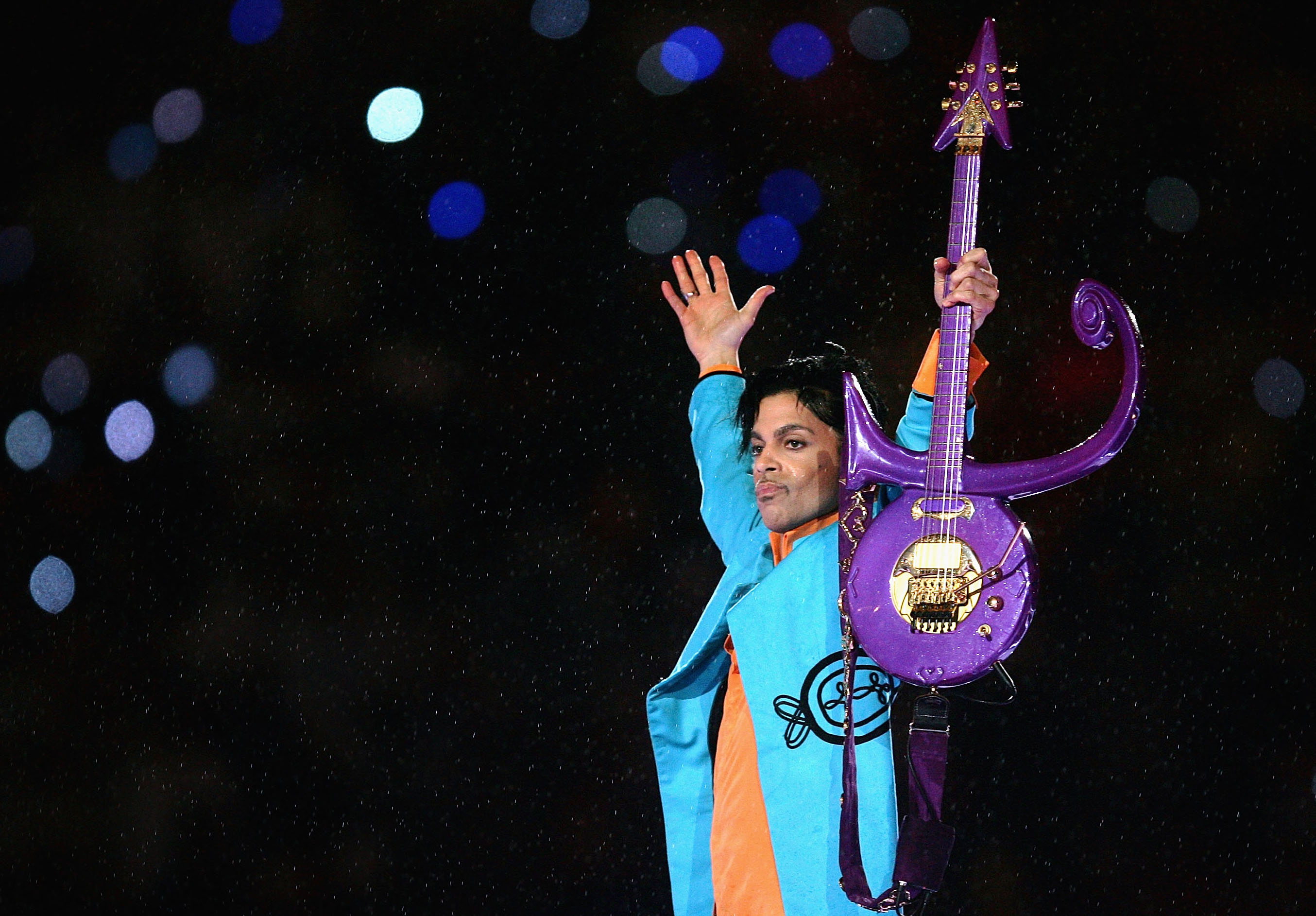 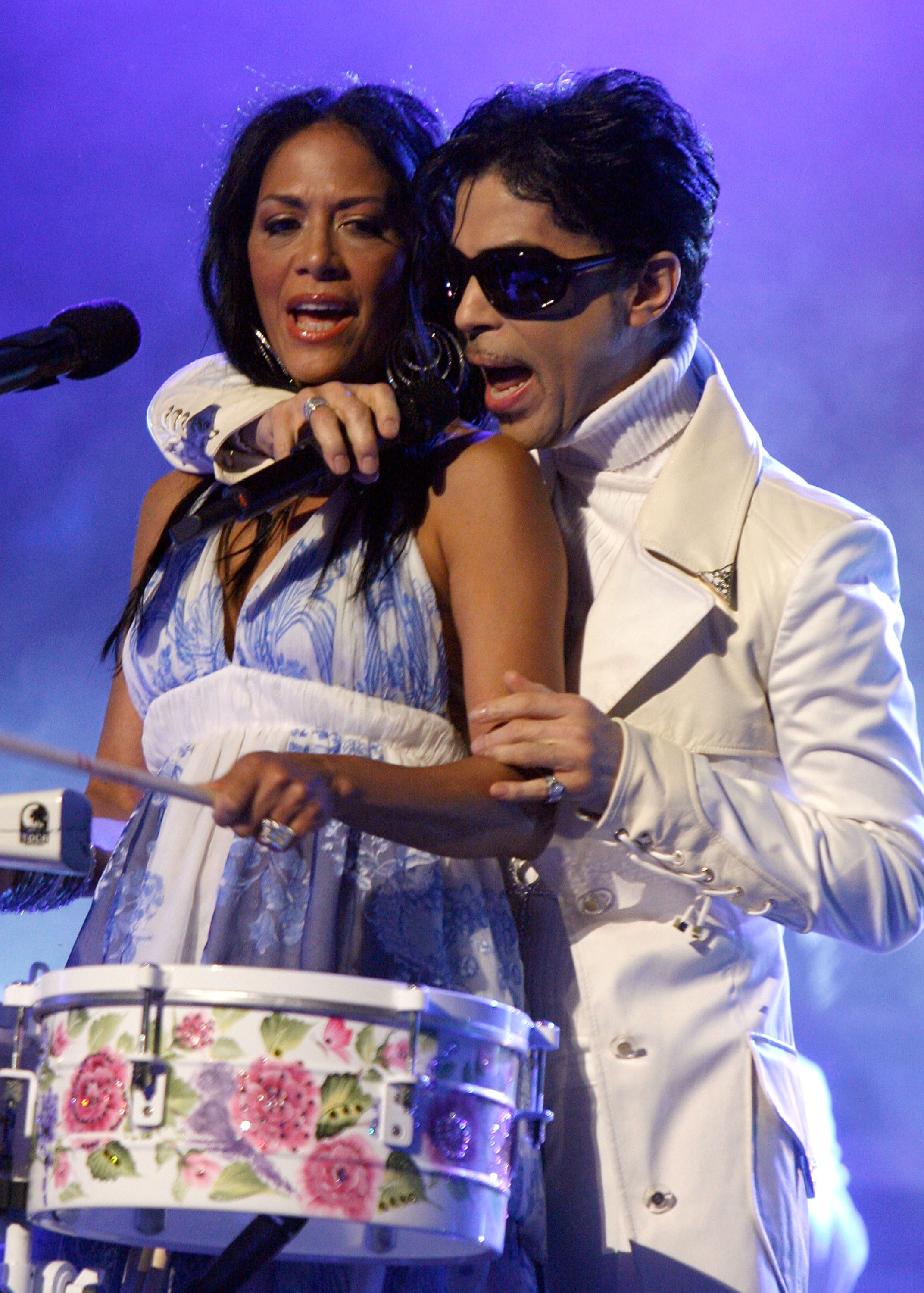 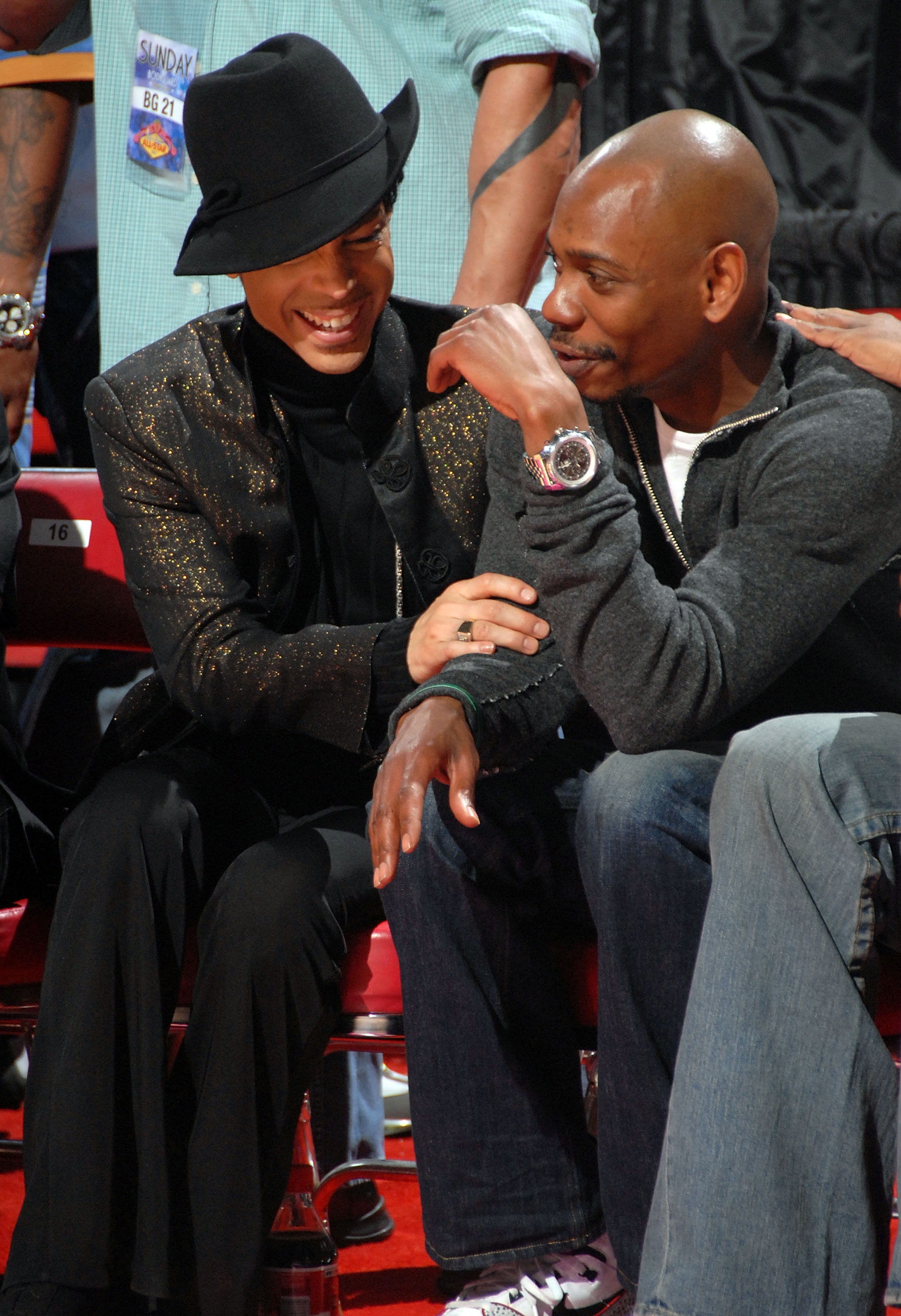 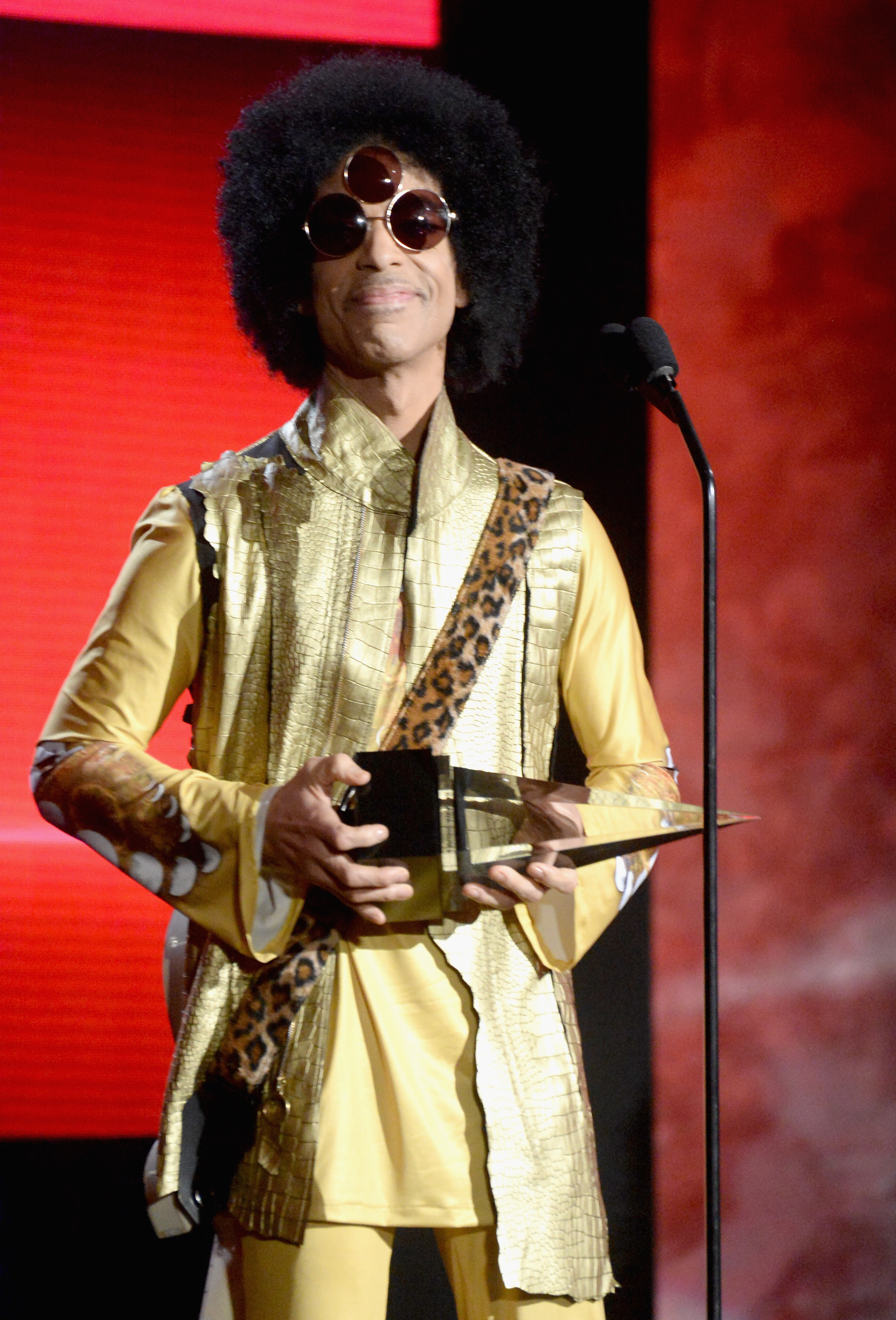 Prince during the 2015 American Music Awards on Nov. 22, 2015 in Los Angeles.
Jeff Kravitz—Getty Images
1 of 19
Advertisement

The mid-1980s saw Prince propelled further into stardom with the release of his album 1999, in 1982, and the 1984 release of the musical film Purple Rain and its accompanying original soundtrack. The movie, which earned accolades for its cinematography of live performances, garnered an Oscar for its music, which included the singles “When Doves Cry” and “Let’s Go Crazy,” both of which would become among the artist’s most iconic songs. By that time, Prince’s highly sexualized lyrics had established his image as a provocateur, and his blend of funk, pop and rock was beginning to bear its influence on pop and R&B artists of the 1980s, in particular fellow Minneapolis-based artists like Janet Jackson.

In 1993, Prince changed his name to an unpronounceable icon, a mashup of the symbols for male and female. The change was largely read as a slight to Warner Bros., with whom he had disagreements about the rate at which new albums would be released, but it also spoke to his androgynous presentation and inclination to play with established gender boundaries. The dispute with his label was so bitter than Prince took to appearing in public with the word “slave” written across his face. He would reclaim his name in 2000, after getting out of his contract with Warner Bros. Though he released albums prolifically throughout the 1990s and early aughts, he would also reclaim a limelight that had somewhat waned, with a performance alongside Beyoncé at the 2004 Grammys and his induction into the Rock and Roll Hall of Fame that same year.

His 2007 Super Bowl half-time performance at Dolphin Stadium in Miami, during which he played a rousing medley of classics by Chuck Berry and Bob Dylan as well as his own songs—including an emotional rendition of “Purple Rain” while nonchalantly getting drenched by a chance rain shower—is widely regarded as the most impressive half-time show in history. In recent years, Prince continued releasing new albums and touring globally, up through the tour cut short by his death. And even as the albums released later in his career produced fewer recognizable hits than his earlier work, his peers continued to regard him as a genius, an innovator and an artist in the truest sense of the word.

In a career spanning four decades, Prince sold more than 100 million records worldwide and won seven Grammys, a Golden Globe and an Academy Award. He achieved the status of a legend long before reaching his late 50s, transcending genre and bucking convention in every aspect of his music even while maintaining an eccentric and often inscrutable persona—one which, if it sometimes obscured the man at its core, seemed only to add to his place as an icon. Though he won’t be able to complete the memoir he announced last month, he has left the world with a gift that can hardly be captured in words—not that, with the dozens of albums he leaves behind, we ever really needed it to be.