An 18-year-old has been charged with felony robbery for allegedly filling a water cup with soda at an Arkansas McDonald’s and backing into a store employee with his car during an escape.

Cody Morris and two friends allegedly took soda from the fountain without paying for it, but when McDonald’s branch employees in Springdale, Ark. instructed him to return the stolen property, he left the store to make a getaway in his car, the Sprindale Police Department says. Two employees then tried to detain Morris by standing behind his car, when he backed into one of them multiple times during a scuffle for the keys, according to authorities.

Police explained on Facebook that “the theft became a robbery when the alleged suspect allegedly used force to resist apprehension by the store employees.” Authorities also specified that Morris had asked for a size “large” water cup — which can hold 32 ounces of liquid. 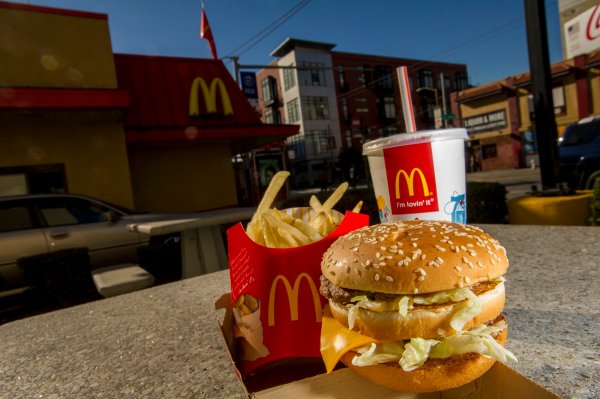 McDonald's Is Testing New Versions of the Big Mac
Next Up: Editor's Pick