It's Been a Bad Week For Earthquakes, but Experts Don't See a Seismological Trend

A week ago, the Japanese island of Kyushu in the country’s south was hit by an earthquake that killed at least nine people, injured hundreds of others and caused significant damage. Measuring 6.5 on the Richter scale, the quake mainly affected the town of Mashiki on the outskirts of Kumamoto city.

The real devastation, however, came around 48 hours later, when the same region was struck by a far more powerful, magnitude 7.3 quake. At least 33 others were killed in the second quake, which left close to 200,000 displaced and thousands of homes without electricity or running water.

The same day as the second temblor, around 9,000 miles away on the other side of the Pacific Ocean, Ecuador was hit with an earthquake that far exceeded the destruction seen in Japan. Even as the death toll from the 7.8-magnitude quake rose to almost 600, the South American nation was rocked by several aftershocks — including one on Wednesday that measured 6.1.

Despite the timing of the two disasters and their presence in the earthquake-prone zone known as the Ring of Fire, seismologists say a connection between them is unlikely and not necessarily indicative of a larger trend.

“We do know that large earthquakes cluster,” says Gary Gibson, a seismologist and professor at the University of Melbourne, adding that the most recent cluster — including a 6.9-magnitude tremor felt in Burma (Myanmar) last week that caused minimum damage — has been particularly active.

“The last two or three weeks have been exceptional, there is no question about that,” Gibson says. “But in terms of worrying about whether it means an even bigger one somewhere else, I don’t think so.”

Wu Pak-cheuk, who heads the Department of Earth Sciences at the University of Hong Kong, tells TIME that a correlation between the two sets of earthquakes is highly unlikely, because they “are a little too far away, and not on the same [tectonic] plate.”

According to the New York Times, both countries were also hit with different types of quakes, with the two that hit Japan likely resulting from something called a strike-slip, that occurs along faults situated at a relatively shallow level. The Ecuador earthquake, on the other hand, occurred because of a process known as subduction — where one tectonic plate slides under another to create what is known as a “megathrust” event.

A geophysicist with the U.S. Geological Survey tells CNN, however, that research into a phenomenon called “remote triggering” — where an earthquake in one part of the world can cause another some distance away — is still ongoing. 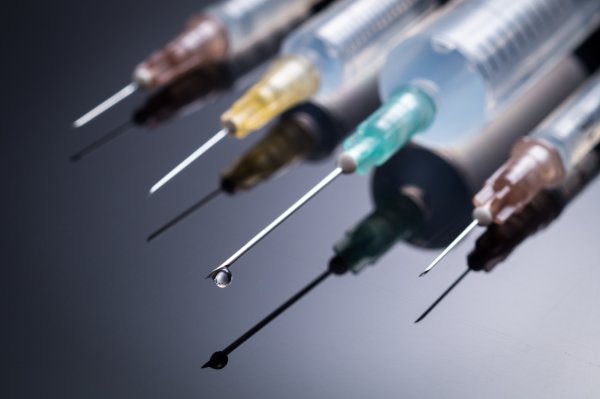 China Cracks Down on Vaccine Protesters
Next Up: Editor's Pick