Presidential candidate and Davao City Mayor Rodrigo Duterte raises a clenched fist during his campaign sortie in Lingayen, in the Philippine province of Pangasinan, on March 2, 2016
Noel Celis—AFP/Getty Images
By Charlie Campbell

Philippine presidential front-runner Rodrigo Duterte has brusquely dismissed a complaint filed against him by a women’s group as “silly” and told its members to “go to hell.”

The complaint, lodged at the nation’s Commission on Human Rights, was spurred by Duterte’s remarks during a campaign event on Sunday regarding Australian missionary Jacqueline Hamill, who in 1989 was held hostage, gang-raped and murdered during a prison riot in Davao City.

Duterte, who has served as mayor of Davao for 22 years, told a crowd: “She was so beautiful. I thought, the mayor should have been first.”

Speaking to reporters Wednesday, Duterte said the group — Women Against Duterte — was likely “paid” to make the complaint. “I was exercising my constitutional right [to free speech],” he added, according to the Inquirer. “My mouth shouldn’t be an election issue.”

The group is a coalition of women’s, workers’ and environmental organizations.

Duterte’s remarks come after he dismissed his daughter as a “drama queen” after she said that she had been raped herself.

The 71-year-old is currently leading polls to replace current Philippine President Benigno Aquino III in the May 9 ballot. He is campaigning on a law-and-order ticket after transforming crime-ridden Davao into one of the Southeast Asian nation’s safest cities. However, human-rights groups allege “death squads” under his control were responsible for hundreds of extrajudicial executions. 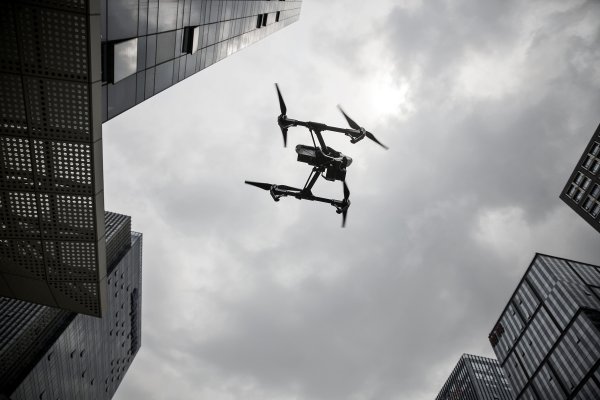 China Interesed in Drone Data
Next Up: Editor's Pick