China has declared that it plans to ship cargo through the Northwest Passage, a series of waterways in the Arctic Circle over which Canada claims sovereignty.

Chinese maritime authorities tacitly declared the news by printing a lengthy guide to Arctic shipping and navigation; a state spokesperson then confirmed it to reporters on Tuesday, the Globe and Mail reports.

“There will be ships with Chinese flags sailing through this route in the future,” spokesperson Liu Pengfei said.

Chinese state media has called the proposed shipping route a “golden waterway” for future trade as it would drastically cut travel times between China and North America.

But move could pose “the biggest direct challenge to Canadian sovereignty in the Northwest Passage,” University of Calgary professor Rob Huebert told the Globe and Mail. Though Canada claims sovereignty over the waterways, the U.S. believes the passage to be international waters.

China has developed a reputation for its territorial assertiveness over matters of trade, particularly in the South China Sea, where it has constructed artificial islands in waters claimed by neighboring countries.

[The Globe and Mail] 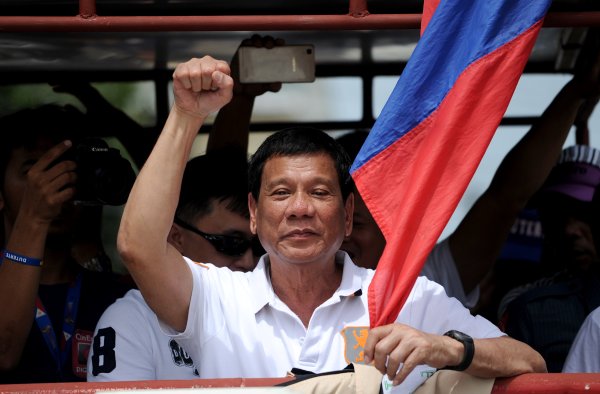 Philippine Front-Runner Tells Women's Group to 'Go to Hell'
Next Up: Editor's Pick