China Has Begun Cracking Down on Parents Protesting Substandard Vaccines

Angry parents who congregated at Beijing’s National Health and Family Planning Commission on Tuesday to protest last month’s vaccine scandal have complained of intimidation and arbitrary arrest by security officials.

Almost 70 of the more than 1,000 who gathered also filed lawsuits to Beijing No. 1 Intermediate People’s Court to demand retribution for the scandal, which involved $90 million of improperly stored and expired vaccines being distributed across the country over four years. Protesters claim this caused hundreds of children to fall ill with a range of debilitating conditions.

“Our children have suffered varying degrees of harm and disability as a result of immunization injections,” the lawsuit reads, according to Radio Free Asia (RFA). “Some have even lost the ability to live independently.”

The World Health Organization (WHO) says the only danger from the tainted drugs is a lack of effectiveness. But that has done little to placate many parents, who are now being harassed for voicing their concerns.

“I had planned to take part [in the Beijing protests and lawsuits], but I was forcibly escorted home by officials from my hometown on April 13,” parent and activist Wang Liangqing told RFA on Tuesday. “Now they are watching us 24 hours a day.”

Another protester named Liu Lijun said, “Around 1,000 people were taken to [a detention center in neighboring province] Jiujingzhuang … from around 700 families.”

Yi Wenlong, 47, from Shanxi province, told the South China Morning Post that he had just been released from 30 days of detention, simply for urging the public to buy a newspaper that had published an in-depth report into the vaccine scandal.

China is no stranger to public-health scandals and they follow a familiar pattern: after official attempts at obfuscation, a tipping point is reached when the incident swells to the extent that reporting in the state press becomes unavoidable. This sparks widespread outrage across social media, and those most affected protest publicly. The ringleaders are then detailed and, if they refused to be cowed, jailed for nebulous charges such as “inciting social disorder.”

That was the offense former journalist Zhao Lianhai was convicted of in 2010, after he organized protests into the 2008 discovery that the toxic chemical melamine had been added to infant milk formula, causing six children to die and 300,000 to fall ill, including Zhao’s own son. He spent two and a half years in jail.

For Tan Zuoren, who investigated the shoddily built, so-called tofu schools that buried more than 5,000 students during the 2008 Sichuan earthquake, the charges were “inciting subversion of state power.” He received five years in jail.

According to William Nee, China researcher for Amnesty International, China usually responds to major disasters by molding public opinion through media censorship, while breaking up any solidarity on the part of victims and their families.

While the job of government enforcers is ostensibly to “console” victims and take on board key concerns, Nee adds, “they will also ensure that [victims] don’t organize together to form a united network of opposition.”

Although no one has yet been sentenced to jail in relation to the vaccine protests, such an outcome would surprise few. The government has already identified 357 officials to be punished in connection with the affair, with state media saying 192 criminal cases have been filed, indicating how seriously the Chinese Communist Party top brass are treating the affair.

“The government crackdown on the officials should be viewed as a pre-emptive strategy to prevent further legitimacy problems for the regime,” Yanzhong Huang, senior fellow for global health at the New York City–based Council on Foreign Relations, tells TIME.

However, he adds, “I’m not sure this crackdown in itself would lead to sustained and effective regulations of the vaccine-safety-efficacy problem.”

China’s public-health and safety woes all too often stem from the gap between top-level policy and implementation by local officials on the ground. In an autocratic society where legislation is typically drafted in secret, and almost never subject to the kind of meticulous scrutiny by various vested parties that occurs in U.S. Senate subcommittees, for instance, loopholes and opportunities for discretionary interpretation are unerringly common.

Following the vaccine scandal, the Chinese government swiftly outlined a range of measures to tighten the provision of immunizations. However, according to the WHO’s China representative Bernhard Schwartländer, the “challenge from here will be in implementation: the proposed changes are powerful and wide-reaching, and some will be complex to put into practice.”

China has 12,000 drug wholesalers, 5,000 production firms and more than 400,000 drug retailers, but “there aren’t even 500 people with the aptitude to inspect drugs,” Li Guoqing, head of the food-and-drug watchdog’s drug-supervision department, told a press conference last month. Without more substantive resources, says Huang, “you will probably see the same problems being repeated again and again.”

The swift actions by the government are also likely an attempt to head off the scientifically debunked antivaccine movement, which links childhood immunizations to myriad serious ailments including autism. Historically, the Chinese, especially in rural areas, have been skeptical of vaccinations. Though government campaigns have ensured that the world’s most populous nation has an immunization rate far higher than the U.S., China had 107,000 people infected with measles in 2014 compared with just 26,883 the year before.

Given the nation’s vast cities and incredibly cramped living spaces, with humans cheek by jowl with vast numbers of poultry and livestock, an antivaccine movement has the potential to spark a public-health problem beyond all others. Many of Tuesday’s protesters had T-shirts bearing the slogan “Compulsory Vaccinations Lead to Disabilities in Children.” Chinese officials will be keen to silence them.

“The Chinese antivaccine movement is increasingly echoing what is going on in the U.S.,” says Huang, “and that is bad news for public health in China.” Not to mention peaceful protesters. 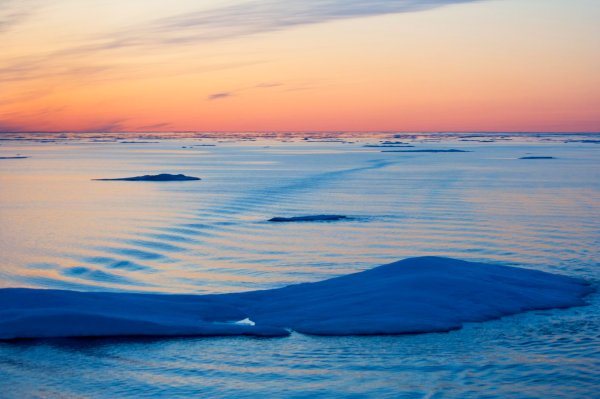 China Could Be Preparing to Challenge Canada
Next Up: Editor's Pick