China Is Interested in the Data Collected By Consumer Drones

A DJI Inspire 1 Pro drone is flown during a demonstration at the SZ DJI Technology Co. headquarters in Shenzhen, China, April 20, 2016
Bloomberg/Getty Images
By Mark Rivett-Carnac

The consumer drones that opened the skies to the public may one day be giving a bird’s eye view to Chinese authorities.

Chinese drone maker DJI — the world’s largest maker of small drones — said it was in talks with Chinese officials who want access to the data collected by its products, Bloomberg reports. That data could include flight records, GPS information and even video.

Whether this applied to Chinese customers only, or customers in Europe and the U.S., has not been made fully clear.

“Should DJI receive a valid legal request from a government agency,” spokesperson Oliver Wang said in a statement to media, “we may provide user information to that agency, just as other companies do. That is the case in the U.S., China or anywhere in the world.”

Another DJI spokesman, Adam Najberg, emphasized that the company presently did not have a way of viewing video from drones it has sold, beyond what buyers upload themselves via the DJI social media app.

According to the New York Times, the DJI user agreement already warns customers that “if you conduct your flight in certain countries, your flight data might be monitored and provided to the government authorities according to local regulatory laws.” Users are also told that their data could be transferred between U.S. and Chinese servers. 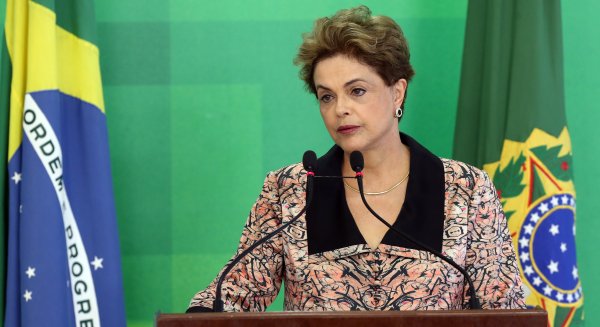 Rousseff to Seek U.N. Help Against Impeachment
Next Up: Editor's Pick