“I never danced growing up,” says Nyle DiMarco. This is ironic, given that he’s the current Dancing with the Stars frontrunner. Yet the performer says he never really thought about dancing until he was contacted by the show—probably because DiMarco also happens to be deaf.

For him, competing on Dancing with the Stars was an opportunity to bring deaf culture into millions of living rooms and break down stereotypes—like the one about deaf people not being able to dance because they can’t hear the music. “It was a chance for me to re-frame the Deaf community,” he says through his interpreter.

This isn’t DiMarco’s first appearance on a reality television show. He first came to fame as the winner of Cycle 22 of America’s Next Top Model and earned a big fan in model Tyra Banks, who has been coming to Dancing with the Stars to cheer him on. (He’s also appeared on ABC Family’s groundbreaking show Switched at Birth.)

DiMarco isn’t the first deaf competitor on Dancing with the Stars, either—that honor goes to actress Marlee Matlin who cha cha cha’d on the show’s sixth season—but it’s clear that some stereotypes about deaf dancers still stand. “When I signed up for Dancing with the Stars I was nervous,” says DiMarco. It wasn’t just nerves over his dance skills, but a fear of reinforcing misinformed deaf stereotypes in front of a large audience. “If I threw everything off, there are 10-15 million people watching and that would be a negative viewpoint of Deaf people and I didn’t want that,” he says. “I didn’t want to screw it up.”

There are many of incredibly talented deaf dancers in the world, but the hearing community rarely learns about them. “We have our own culture, our own community. A lot of people don’t realize that. They just assume that Deaf people are very unfortunate, very disabled, but no,” says DiMarco. “I think the biggest misconception is that people think Deaf people are not able to do things.”

DiMarco and his pro partner Peta Murgatroyd have worked hard to break down these stereotypes by showcasing a stream of impressive ballroom moves. Not only is DiMarco a natural and fluid dancer, but he’s also quickly established himself as the one to beat in the competition, earning top scores from the judges. “I’m honored to be the first person to get the 9 and then also the first person to get the 10,” he says. “It’s not often times that the same person gets that opportunity. It definitely shows that I am working twice as hard to actually earn this.”

While Murgatroyd was originally unsure of how to teach DiMarco to dance (“She cancelled our first rehearsal,” he recalls, laughing), they soon figured out a routine that works. “I’m actually very visual,” he says. “Whatever Peta does and shows me how to dance, I’m able to pick up all those small, little details. Peta brings out the performance. She’s a performer. I feel like I can see the music and can see how the character of the music actually flows. For me, that’s music to my eyes.”

The partners have tried a few different things to find out the best way for DiMarco to learn the routines. “One time Peta tried to turn the music up loud enough for me to feel it, but when I felt it and we tried to dance to it, it threw the whole routine off,” says DiMarco. “I’m used to not being able to hear, so for me it was contradictory to my world.” Now, they practice with Murgratroyd demonstrating each move and showing DiMarco the rhythm and timing. They also incorporate subtle, silent cues into the routine to help him make transitions.

Even DiMarco is stunned by his natural dance ability. “I surprise myself every day,” he says. “Sometimes I pick up the moves so quickly, a lot faster than I thought I would. Sometimes I have to back up and say to myself, ‘am I doing this wrong?’” Murgatroyd has been quick to assess his skill level and challenge him with increasingly difficult routines. “I think the tango she gave me was one of the most difficult routines ever,” he says. “At first I was a little upset with her, because I’m not a professional dancer, but Peta saw the best in me and we made it work and we got the best dance of the week.”

While DiMarco was excited to learn how to dance—and hopes to win the competition—he’s also a man on a mission. “After I was done with America’s Next Top Model and Dancing with the Stars came to me, it is a huge platform for me,” says DiMarco. He also wants to use his newfound platform to spread the word about the Nyle DiMarco Foundation. “We’re focusing on improving Deaf peoples’ lives,” he says, which, this year includes focusing on bilingual education with both American Sign Language and English for deaf children, which DiMarco considers to be a serious issue in the deaf community.

DiMarco has no problem stepping into the role of deaf icon, either. “I feel like I can show the Deaf community really fully. I’m glad to be this person that represents them well,” said DiMarco. “I’m going to break more barriers moving forward.” That just might include taking home a Mirror Ball Trophy at the end of Dancing with the Stars. 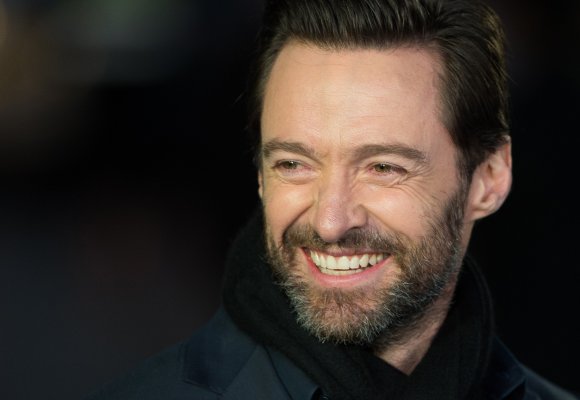