Republican presidential candidate Donald Trump (C) speaks as his sons Donald Trump Jr. (L) and Eric Trump (R) look on during a caucus night watch party at the Treasure Island Hotel & Casino on February 23, 2016 in Las Vegas, Nevada. The New York businessman won his third state victory in a row in the "first in the West" caucuses.
Ethan Miller—Getty Images
By Daniel White

Like many businesses this summer, the Trumps are looking to hire an intern—only this one will have to shell out thousands of dollars to get the job.

The 10-week position is offered in a listing on the auction site Charity Buzz, as first reported by the New York Post, and it listed at a value of $100,000. The winner will spend the summer in New York City working for the Trump Organization—with promised sit down sessions with Donald Trump Jr., Ivanka Trump and Eric Trump to pick the Trump heirs brains.

This is a paid gig, according to the listing, and duties include, “but are not limited to:” data entry, answering phones, running physical errands and assisting the primary agent with administrative and personal family responsibilities. The Trump Organization is not offering a golden ticket here, as they retain the right to fire the intern at will — without a refund. Hopeful interns will have to foot the bill for their stay, as travel and housing are not included.

There were already two bids on the internship as of Wednesday afternoon, topping out at $40,000. Proceeds from the auction will aid Eric Trump Foundation’s mission to benefit St. Jude Children Hospital. 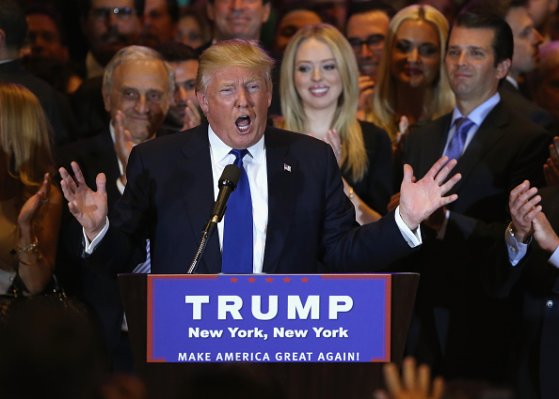 Trump Celebrates Hometown Win in Style
Next Up: Editor's Pick