Sofia, the girl who wrote to Obama asking him to put a woman on U.S. currency
Courtesy of Kim B., Sofia's mother
By Maya Rhodan

Sofia got a cool surprise for her birthday. The now 11-year-old who wrote President Obama in 2014 asking why there were no women on the currency, found out through her mom that Harriet Tubman will appear on the $20 bill. Her mom, Kim Bernstein, tells TIME that her daughter is “thrilled.”

“She’s obviously thrilled with the idea of Harriet Tubman on the $20 bill,” Bernstein said. “Her only worry is that it’s going to take a long, long time to see it.”

Sofia, now a pro at handling the press, opted against chatting with TIME in order to have a more low-key birthday. Understandable.

The Treasury Department announced Wednesday that Tubman, the abolitionist hero, will replace Andrew Jackson on the $20 bill—news that has overshadowed the fact that the $10 bill redesign comes first. The $10 bill, which Secretary Lew said in June would feature the portrait of a woman, will continue to depict the portrait of Alexander Hamilton. The reverse, or back, side of the bill will reportedly feature a collection of women’s suffragists. The $5 bill is also getting redesigned to feature a collection of Civil Rights era leaders.

The Treasury Department said Wednesday that the designs of all of three of the bills, the 5, 10, and 20, will be unveiled in 2020 in celebration of the 100th Anniversary of the 19th Amendment. The $10 will enter circulation sometime thereafter, and the $5 bill and $20 bills will follow. Secretary Lew said he’d called on the Bureau of Engraving and Printing and reached out to the Federal Reserve to see that the process is accelerated, though an exact timeline of the bills’ release is not publicly available. A senior government official told TIME last week, however, that the $20 bill “would not be issued prior to 2030.” Lew said Wednesday changes to technology could change that, calling the date an “estimation.”

Jane Kamensky, the Director of the Schlesinger Library on the History of Women in America at Harvard University, says Wednesday’s decision “disappoints” her. Like many, Kamensky would rather see a woman on the front of the currency that is being redesigned first.

“I’m deeply disappointed in a decision that places the hopes of millions of living girls and women behind the need to venerate the same dead man in the same way,” Kamensky said in an email.

Women on 20s, the organization that’s been leading the push to have Tubman replace Jackson, said today’s announcement is a step in the right direction in a statement released Wednesday evening.

“We had been looking to this Treasury Secretary to put a woman front and center as soon as possible and powerfully inspire the quest for gender equality going forward. Today’s announcement is an important step in moving us closer to that goal,” Women On 20s Executive Director Susan Ades Stone said.

“This is just as much a victory for the millions of American people, young and old, who cared enough about women and their worth to rally for this historic change,” she added.

In a conversation with TIME, historian Catherine Clinton, who wrote a biography about Harriet Tubman, is extremely excited. “The work of the women on 20s campaign and recent activity to keep Hamilton on the money means a double bonus for America,” she said.

United States Treasurer Rosie Rios shouted out the work of Clinton on a conference call Wednesday, saying her writing on Tubman helped seal the deal for the abolitionists’ placement on the $20 bill. 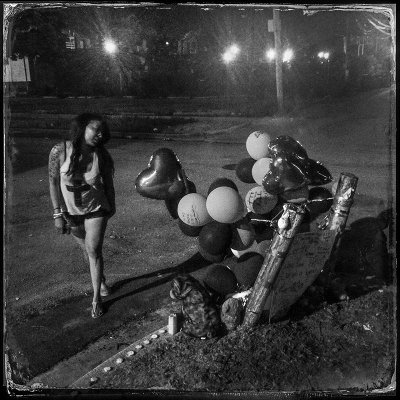