As many as 500 migrants are feared to have drowned in the Mediterranean while attempting to reach Italy from Libya by boat last week, the United Nations refugee agency said on Wednesday.

The shipwreck is one of the deadliest to take place in in the Mediterranean in months and illustrates the ongoing regional migration crisis facing European authorities.

One group of between 100 and 200 people from various African countries departed Libya, near the eastern city of Tobruk in “a large, unseaworthy vessel,” according to survivors who spoke to the U.N. High Commission for Refugees.

Once at sea, smugglers brought more people on board using a second, smaller boat. As a result, the overloaded vessel sank. The agency said 41 people survived, drifting at sea on the smaller boat until they were rescued on April 16 and taken to the Greek island of Kalamata.

The 41 survivors came from Somalia, Sudan, Ethiopia and Egypt, the agency said. They included 37 men, three women, and one three-year-old child. They are currently being housed in a stadium in Kalamata.

If confirmed, the incident would raise the total number of people who have drowned while attempting the sea crossing to Europe to over 1,000. Last year more than 3,770 people drowned or went missing en route to Italy, Greece, and other European countries. Last week’s disaster comes a year after 800 people drowned in the Mediterranean’s deadliest shipwreck in recent history,

Europe is continuing to grapple with the vast numbers of people arriving on its shores. In 2015, more than a million people arrived in Europe, the vast majority fleeing the wars in Syria, Iraq, and Afghanistan.

The European Union recently began implementing an agreement with Turkey in which refugees arriving by sea in Greece are deported back to Turkey. In exchange, the deal offers some refugees the ability to fly to Europe in a one-in one-out arrangement.

The EU-Turkey arrangement does little to address the longer and more dangerous sea routes from Egypt and Libya.

“Our concern has always been that when you police borders, you press desperate refugees and asylum seekers onto still more dangerous and longer routes,” said Andrew Gardner, a researcher on Turkey at Amnesty International. “The route from Libya to Italy is much more deadly than the Aegean route.”

The route from Libya usually serves a different population of refugees than the route from Turkey to Greece. Critics of the EU-Turkey deal argue that the agreement will push migrants to attempt riskier routes across the Aegean or the Black Sea.

The UN statement on Wednesday ends days of speculation about the disaster. Initial reports of the shipwreck surfaced over the weekend. Some had incorrectly reported that the boat had departed from Egypt. 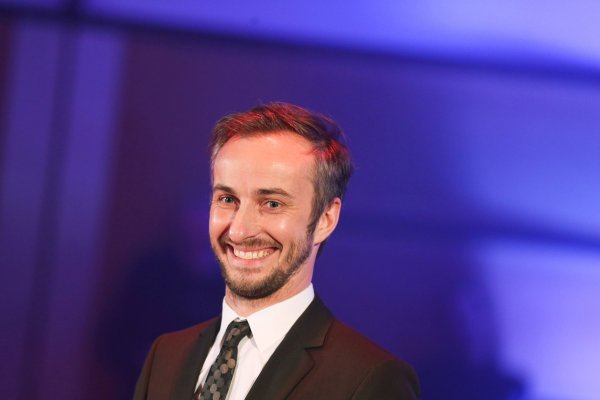 Merkel’s Weakness on E.U. Exposed by Turkey-Baiting Comic
Next Up: Editor's Pick