The Duke and Duchess of Cambridge with their son Prince George, photographed at Kensington Palace, March 2014.
Jason Bell—Camera Press/Redux
By Sam Frizell

The Duke and Duchess of Cambridge released an elegant family photograph this weekend featuring their eight-month-old son, Prince George, and black cocker spaniel, Lupo. The image was released just ahead of the Royal Family’s upcoming trip to New Zealand and Australia.

In the photograph, the young Prince George — third in line to the throne — is seen looking curiously at the family dog as his parents Prince William, 31 and Duchess Kate, 32 smile at the camera.

The eight-month-old Prince George has only made two public outings since his birth, according to Agence France Presse.

The photo was taken at Kensington Palace in mid-March 2014. 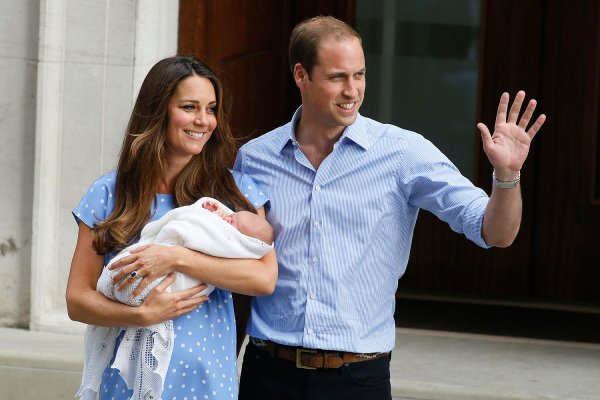