Review: Broad City Wraps Up Its Most Mature Season Yet

The Comedy Central series began its season with a great deal of buzz around Clinton’s cameo—one that, though quite brief, fit brilliantly into the show’s sense of humor. What’s more surprising is that the cameo also fit into a larger story—one that continues through the end of the show’s season finale, airing Wednesday night before Ilana Glazer’s goofy, lovable miniseries Time Traveling Bong. By this point Broad City has abandoned any sense of itself as a sketch series, and has been telling a sustained, long-term story for some time now. It’s more rewarding than ever.

The third season has interrogated what it really means to grow up. Ilana (played by Glazer) only ends up meeting Clinton as a result of her simultaneous job-hunting and increased political engagement; the latter has resulted in her meaningfully backing away from the perceived cultural appropriation of earlier seasons, while the former has swirled around without, yet, resolution. Ilana’s decision to go on a faux-Birthright (here called Birthmark) trip with Abbi (Abbi Jacobson) feels—by the end of a season in which she’s been fired from her job and hasn’t yet found a new one—less like a proactive choice than a randomly chosen move in some direction, even if it’s not rational.

Both Abbi and Ilana cling closely to one another on the Birthmark trip, which began last week and concludes in the season finale. It’s a response both to the corniness of their fellow-passengers, who are earnestly using the trip to look for marriage, and to the tough year they’ve both been through. Ilana was dumped by nonmonogamous partner Lincoln (Hannibal Buress), who wanted a serious relationship she couldn’t provide, while Abbi realized only after she broke up with personal trainer Trey (Paul W. Downs) that she’d actually enjoyed being with him. The girls’ urgent need to sit together on their “El Ol” flight is very funny, but also a little painful in the way all defense mechanisms are.

The Abbi and Ilana friendship is under attack, more than ever, by all the challenges of adulthood. Early seasons’ crises with, say, missed delivery packages or roommates’ annoying boyfriends have largely given way to more troubling concerns that aren’t going to go away easily.

Which isn’t a drag at all. Indeed, Broad City‘s comedy has been richer than ever. It’s best summed up by the episode “Burning Bridges,” which aired earlier this month and literalized the problems of growing up alongside a best friend at different paces in the most oddly imaginative way possible. I didn’t realize that what TV needed in 2016 was a note-perfect re-enactment of the Mrs. Doubtfire dueling-dinners scene, but watching Abbi rush back and forth between her boyfriend and her best friend was the perfect mix of poignant and flat-out weird. That the emotions haven’t killed Glazer’s and Jacobson’s humor, but have only given them a richer palette to work with is evidence of two comics operating at the height of their powers. 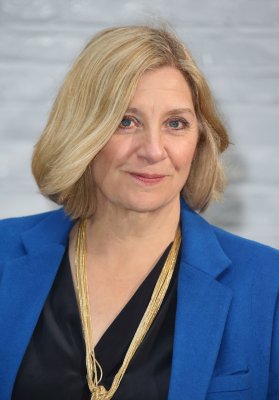