BYU Student Says She Was Targeted After Reporting Rape

A student at Brigham Young University says her school’s Honor Code Office began investigating her after she told police she was raped.

Madi Barney said she was raped in September on a date with an older man in her off-campus apartment, NBC News reports. (The man was eventually arrested and charged; he said the sex was consensual.) Barney reported the assault to the police, and the report made its way back to administrators at BYU.

The Utah school is run by the Church of Jesus Christ of Latter-day Saints and has an Honor Code policy that prohibits, among other things, drinking and premarital sex. Barney went public with her story after she received a message from a Title IX coordinator for the school who wrote, “We have received information that you have been a victim of behavior that is addressed in the university Sexual Misconduct Policy. We have also received information that you have engaged in behavior that violates the BYU Honor Code.”

It’s not clear exactly what element of the Honor Code the school believes Barney violated. While the administrator offered to meet with Barney to “provide you with the information that we have received and give you an opportunity to respond,” Barney followed the advice of the attorney who is prosecuting her case and declined involvement with the school’s investigation, the Salt Lake Tribune reports. She said she filed a federal sexual discrimination complaint over the issue, and believes her actions have led the school to prevent her from registering for classes.

“While I cannot talk about an individual case, I can assure you that we would never put a hold on a student’s registration because she reported her rape to the police,” a spokesperson for BYU told NBC.

In a petition with nearly 90,000 signatures, Barney has asked her school to “stop punishing victims of sexual assault.”

“I am a survivor of rape, and now BYU has put my academic future on hold due to their allegations that I broke the Honor Code in the circumstances of my assault,” she wrote. “I want victims of sexual violence at BYU to have an immunity clause from the Honor Code so that they don’t feel afraid to report.”

The school will now be looking into changing its policies, the Salt Lake Tribune reports.

“A victim of a sexual assault will never be referred to the Honor Code Office for being a victim of sexual assault,” BYU said in a statement on Monday. But, the school added, “Sometimes in the course of an investigation, facts come to light that a victim has engaged in prior Honor Code violations.” Now, the school will be reevaluating the “relationship between the Title IX Office and the Honor Code Office” and the “inherent tension” between these two offices.

“BYU has zero tolerance for students who commit sexual violence,” the school said. “The university’s overriding concern is always the safety and well-being of its students.” 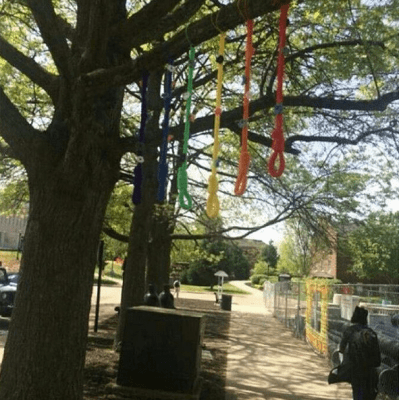