Members of Congress recently received news so chilling that it is imperative that they take immediate action to approve the about $1.9 billion in emergency funding for Zika preparedness requested by the Obama administration. According to Dr. Anthony Fauci, Director of the National Institute for Allergy and Infectious Disease, the mosquito that carries the Zika virus, which is already spreading rapidly in Latin America and the Caribbean, has been detected in nearly 30 states and could infect hundreds of thousands of people in Puerto Rico.

In Brazil, Zika has been identified as the cause in many recent cases of microcephaly, a birth defect resulting in babies being born with small heads and developmental problems. Zika poses a special risk for pregnant women since the virus can be transmitted through the bloodstream to the fetus. Previously, it was thought that Zika was only a problem during the first trimester of pregnancy, but according to officials at the Center for Disease Control and Prevention, it has now been learned that the virus is likely to be a problem throughout the term of pregnancy.

In February, the Obama administration requested Congress to approve about $1.9 billion in emergency Zika prevention funding, but to date Republican congressional leadership has not acted. If Congress does not act to approve the urgently needed funding, federal public health agencies will be forced to divert funding away from research into malaria, tuberculosis and a universal flu vaccine.

It is outrageous that the Republican congressional leadership is putting at risk the health and safety of hundreds of thousands of persons by refusing to do its job. The impact of that failure of responsibility is likely to felt most severely in the congressional district I represent in Houston, Texas.

Because the summer months in areas along the Gulf Coast and the southwest region of the United States are unusually long and hot, Houston is expected to be an epicenter of any Zika outbreak in the U.S. In impoverished areas of the city and county, there are many open ditches in residential areas and lots where tires are illegal dumped. These are ideal breeding habitats for Aedes aegypti, the mosquito species that carries the Zika virus. Experts now know that it can also be transmitted in other ways, including sex.

Mosquito control will not be sufficient to limit the spread of Zika virus because the Aedes aegypti has evolved to live on human blood, which it will choose over animal blood whenever it has the opportunity to do so. This breed of mosquito lives near the ground and near people, which limits the effectiveness of areole spraying. The Aedes aegypti mosquito can breed in a habitat as small as a cup of dirty water, it can hide under leaves, and it will seek out homes where people live.

To combat the threat posed by Zika, it is essential that the public be enlisted as the first line of defense. But for this effort to be successful, resources must be available to implement community-based mosquito control and abatement programs. That is why I have called upon the Republican congressional leadership to approve the requested about $1.9 billion emergency Zika prevention funding immediately, with $100 million dedicated to support local government efforts to conduct environmental cleanup activities to remove items in populated areas that promote mosquito breeding. This funding would also support coordinated public-education campaigns to encourage proactive efforts to seek early medical care when Zika virus symptoms are present, or early in a pregnancy.

The funding would also provide the resources to teach community residents how to check for and safely address mosquito breeding areas; repair or replace broken or torn door and window screen; and provide DEET mosquito replant products to low-income communities and mosquito netting for beds in homes that have no air conditioning.

Last month I convened the first of what are planned to be several strategic planning session with state and local officials to prevent any outbreak or spread of the Zika virus. Here in Houston and Harris County we are prepared to meet this serious challenge to public health and safety with determination and resolve. All we are lacking is the federal funding needed to succeed. And that is why Congress must act immediately. 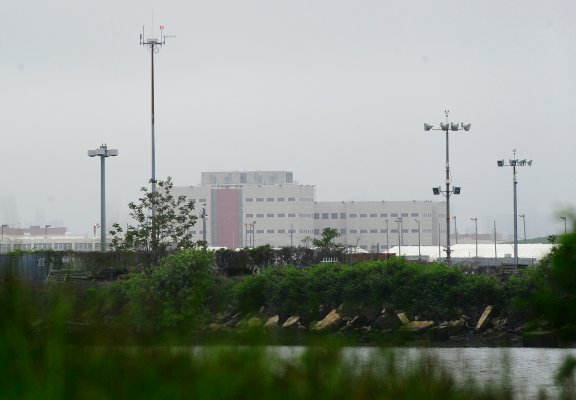 What I Learned Treating Psychiatric Patients at Rikers Island
Next Up: Editor's Pick