For a few minutes late last week, at the headquarters of the three remaining Republicans running for President, the candidates’ top aides piled onto separate conference calls with their lawyers. Each campaign was worrying about the same question: Could a 145-year-old Ohio anti-bribery law scuttle their delegate-wooing efforts and upend the GOP presidential race?

Some feared the little-known law could force the candidates to change—if not scrap—their entire approach to lining up enough delegates to capture the big prize in Cleveland. If the headlines were true, these candidates could not seek to wine and dine delegates as it sought their support at a potentially contested convention. One Trump ally summarized her first reaction: “How did we miss this?”

It turns out, they didn’t. At least not really. Ohio does have a pretty strong anti-bribery law, which says: “No person shall before, during or after any primary, convention or election give, lend, offer or procure or promise to give, lend, offer or procure any money, office, position, place of employment, influence or any other valuable consideration” to delegates. (Emphasis added.) If a candidate were involved in the deal making, he or she would forego the office, too.

That seems pretty clear. But it has seldom been enforced successfully, and some Ohio lawyers dismissed it as a relic of the past. “It’s dead letter,” said Donald Brey, an elections attorney with the Cincinnati-based Taft, Stettinius and Hollister. In other words, this law exists on paper, not in practice.

A bit of history: Officials were worried about money and power changing hands in plain view during the late 1800s. Lawmakers put into place anti-bribery law in 1871, ahead of a statewide convention to amend the state constitution in 1874 for fear party bosses would crush efforts to impose term limits in the Legislature, give the Governor a veto and create a Circuit Court.

The anti-bribery law stayed in place for national Republicans’ convention in Cincinnati in 1876. Four years after that, Democrats met in Cincinnati, too, for theirs. The law deterred party leaders from passing envelopes of cash as explicit bribes then.

Now, Cleveland is hosting the national Republicans’ convention to name a nominee and the GOP faces a version of that anti-bribery law. Yet there are a number of problems, legal scholars from Ohio and campaign lawyers said, given the vast gray areas in campaign finance laws that are expected to overshadow the local rules.

Let’s take one example. Trump arrives in Cleveland just short of the 1,237 delegates he needs to win the nominating on the first ballot. Trump’s team calls up a number of unpledged delegates, who can cast their ballots for anyone they want, and offers them rides to the convention on his gold-plated jet and free hotel rooms. Trump allies say that the billionaire frontrunner would look favorably at those who support him at the convention and the in-flight movie on the way to Cleveland is an infomercial about Trump. These delegates then cast ballots for Trump.

Shady? Maybe. Illegal under Ohio law? Probably not. Heading to court? Really unlikely. Why? Federal campaign finance rules are perfectly fine with registered federal campaigns and committees picking up some of the expenses at the nominating convention, and courts have generally allowed federal laws to preempt local ones. Plus, proving a money-for-vote situation is easy to see but hard to prove.

“If there’s an exchange of money for a political favor—I’m giving you something in exchange for you voting in particular way, a quid pro quo—that’s bribery,” said Daniel Tokaji, a professor of Law at Ohio State’s Moritz School of Law and a fellow at its Election Law faculty. “If someone is paying someone’s airfare, is that a bribe? It may be hard to tell.”

Ohio’s law, written a century-and-a-half ago, is largely ambiguous on how far those gifts can go. “You can invite them to dinner, wine and dine them at political conventions,” said Brey, the Ohio elections attorney. After all, this is part of the process—one known to elected officials from dogcatcher to President, school board member to prosecutors.

That’s the other problem. County prosecutors are elected in Ohio. And one elected prosecutor, in particular, has perhaps the greatest say in whether this law becomes part of the nominating fight or not: Cuyahoga County Prosecutor Timothy McGinty. Worth noting: he’s a Democrat who lost his primary earlier this year. Having a lame-duck Democrat trying to affect a Republican primary would be a public relations nightmare.

McGinty’s Director of Communications and Policy, Joseph Frolik, declined to comment about the upcoming conventions in Cleveland.

If McGinty’s office does not want to get involved, that leaves Republicans who were hoping to use the law to affect the convention out. “It is a criminal statute. It is not a civil statue,” said Tom Hodson, a Visiting Judge on the Ohio Supreme Court. “You cannot run down (to the courthouse) to get an injunction.” That means it’s almost impossible for, say, Ted Cruz or John Kasich to petition a judge to step in if he doesn’t like what’s happening in the back halls of the Cleveland convention center.

“Is there a law? Yes. Could someone try to use it? Yes,” said Hodson, also a professor at Ohio University. But Hodson is careful not to give candidates hope that they could win the White House through it. After all, Ohio Republicans unsuccessfully tried to harangue President Obama’s re-election bid in 2012 with the same logic over pizza it bought volunteers.

Brey, to whom the Franklin County Republican Party has given awards, said the Federal Election Commission rules out-gun the state laws. If states were allowed to determine entire federal elections, for instance, West Virginia could pass a law saying it would never allow its electors to support a Democrat, no matter what the voters said. “Unless someone is a complete idiot, no one will try to bring this up,” Brey said of the Ohio law. But he’s not taking the bet. “There are some candidates who don’t care about looking like a complete idiot,” he said.

Instead, said Ohio State’s Tokaji, the law should be a warning shot against candidates and delegates before they arrive in Cleveland, not an actual strategy. “Do I think there will be criminal prosecutions under this statute? My answer is, probably no. There may be a few, but not a lot of them,” Tokaji said. “Will it stop the problem completely? There is still a way for exchanges to be made through a wink and a nod.”

Tokaji adds, though, that there simply is no telling: “There is no precedent on the books. This is untrod ground.”

And that’s why the candidates’ top aides are still looking at the law and its precedents. “I’m still not sure what this means for us,” one adviser said. The panicked phone calls have calmed, but that doesn’t mean they don’t want a full understanding of the law in case this comes up in Cleveland. With such a fierce contest to reach 1,237 delegates expected, the three campaigns cannot wait for a legal briefing if they need to respond to allegations of wrongdoing.

“We have our lawyers. They’ve told us what we can and what we cannot do,” Trump convention manager Paul Manafort told ABC News, which first reported on the law. “We’re not violating any rules.” 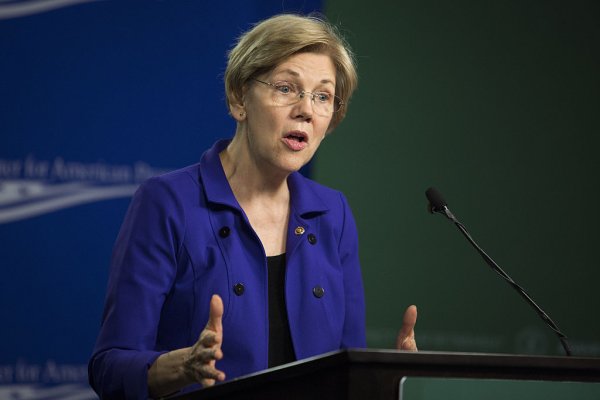