Conor McGregor Tweets: 'I Have Decided to Retire Young'

Conor McGregor prepares to enter the Octagon before facing Nate Diaz in their welterweight bout during the UFC 196 in the MGM Grand Garden Arena on March 5, 2016 in Las Vegas, Nevada.
Brandon Magnus/Zuffa LLC—Zuffa LLC via Getty Images
By Eliana Dockterman

UFC star Conor McGregor tweeted on Tuesday: “I have decided to retire young. Thanks for the cheese. Catch ya’s later.”

McGregor, 27, has made no official announcement about his retirement, and the mixed martial arts fighter’s team could not immediately be reached for comment. He was scheduled to fight Nate Diaz on July 9, but the UFC later announced in a tweet that it has pulled McGregor from the major UFC 200 event.

The UFC did not immediately respond to a request for comment.

McGregor’s tweet comes one week after fighter Joao Carvalho died due to injuries he suffered during a fight. McGregor attended the match that led to Carvalho’s death. He mourned Carvalho on Facebook last week in a post. “To see a young man doing what he loves, competing for a chance at a better life, and then to have it taken away is truly heartbreaking,” he wrote.

Check back for updates. 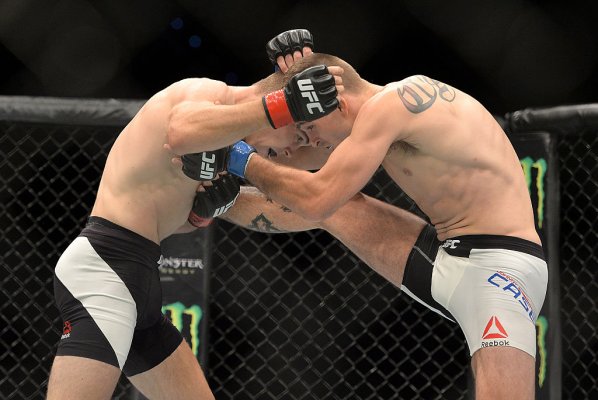 New York Set to Legalize MMA After Longtime Ban
Next Up: Editor's Pick