I offered Mark Rylance a significant supporting role in 1987 in my film Empire of the Sun—and he turned it down. A play had caught his fancy, and anyway, I sensed he was suspicious about film acting. Who could blame him? For actors who have given their lives to theater, making movies must be like lurching in the backseat of a car while the driver keeps working the brake. When Mark does a play, nobody says, “Cut,” only “Curtain” after a few uninterrupted hours. Legions of young thespians look to Mark as their muse and inspiration. From Boeing-Boeing to Jerusalem to Twelfth Night, the impact he’s had on classical and contemporary theater is the stuff of legend. A winner of three Tony Awards, two Olivier Awards and now an Oscar, Mark glimpses these honors with gratitude and humility, but his heart belongs to a good story. His soul is pure. He just loves to act.

Spielberg, a three-time Oscar-winning director, directed Rylance in Bridge of Spies and upcoming film The BFG 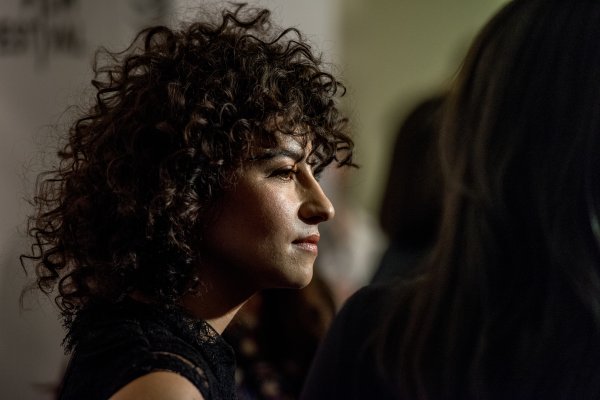 Broad City’s Ilana Glazer Says She Used to Get Bullied for Her Curly Hair
Next Up: Editor's Pick