Merriam-Webster announced the latest additions to the company’s unabridged dictionary on Wednesday. Among the 2,000-odd entries are the likes of FOMO, the acronym for the “fear of missing out” that so plagues the young, as well as Mx., a gender-neutral honorific for those who don’t care for options such as Mr. or Mrs.

As with every dictionary update, the words that are added are signs of the times, reflecting what we’re talking about and how we’re talking about it. ICYMI is a reminder that our overrun, distracted lives have led us to embrace abbrevs—and given us a need to flag things that get lost in the deluge. Wacky tobacky reflects one of the hottest political issues of recent years: legalizing marijuana. And words like dox—a slang verb that means “to publicly identify or publish private information about (someone) especially as a form of punishment”—reflect our preoccupations with privacy and Internet-shaming.

Merriam-Webster’s editors don’t add words willy-nilly. Their decision to add each new word is, in a sense, a bet that it has made a mark on the language worth remembering or that it will stick around for the foreseeable future. It’s also an indication that they think each word is at least fairly settled in its pronunciation and meaning. “Language is an organ of human culture,” says editor-at-large Peter Sokolowski. “Even though communication is faster, that doesn’t mean the heartbeat of language is faster. It takes time to assimilate words and make words new citizens of a language.”

athleisure n : casual clothing designed to be worn both for exercising and for general use

Bitcoin n : a digital currency created for use in peer-to-peer online transactions

cognitive map n : a representation formed in the mind of one’s spatial environment

cold case n : an unsolved criminal investigation (as of a homicide or abduction) that has stopped being actively pursued because of a lack of evidence

cold turkey n : abrupt complete cessation without medication of the use of drugs by a drug addict

collapsar n : a massive star that undergoes gravitational collapse especially after colliding with another star

compassion fatigue n : apathy or indifference toward the suffering of others as the result of overexposure to tragic news stories and images and the subsequent appeals for assistance

dox transitive verb, slang : to publicly identify or publish private information about (someone) especially as a form of punishment or revenge

farm share n : a portion of a farm’s output available for sale through a community supported agriculture system and received in batches regularly throughout the growing season

fit and flare adj : fitted through the waist and flaring out at or below the hips

FOMO n, informal : fear of not being included in something (such as an interesting or enjoyable activity) that others are experiencing

gastric banding n : a laparoscopic surgical procedure for the treatment of severe obesity that involves placing an adjustable band around the upper stomach to create a small pouch which empties into the remaining stomach through a narrow outlet

giclée n : a process by which high-quality prints are produced using an ink-jet printer

ICYMI abbr : used to draw attention to something published or posted online earlier

meet-cute n : a cute, charming, or amusing first encounter between romantic partners (as in a movie)

microbead n : a tiny sphere of plastic used especially as exfoliants in facial scrubs and body washes and to add texture to other personal care products

microcredit n : credit in the form of microloans provided to impoverished individuals and groups

microlending n : the lending of money in small amounts to impoverished individuals and groups who are unable to obtain loans from mainstream banks

nomophobia n : fear of being without access to a working cell phone

TMI abbr : too much information

trigger warning n : a statement cautioning that content (as in a text, video, or class) may be disturbing or upsetting

urban fantasy n : a genre of imaginative fiction featuring supernatural characters or elements in an urban setting; also : a work of urban fantasy

waggle dance n : a series of figure-eight movements performed by a bee to indicate the direction and abundance of a distant food source 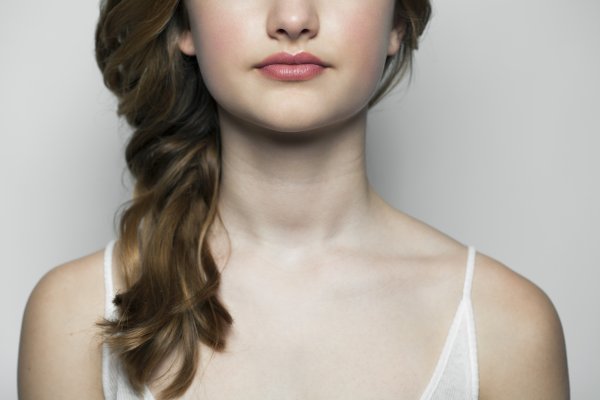 Why We Need to Reclaim the Word 'Female'
Next Up: Editor's Pick