Hollywood Renaissance Man Adam Shankman on His First YA Novel

Adam Shankman has tried his hand at nearly every facet of entertainment: He got his start as a dancer and choreographer in music videos, then took his talents to commercials, TV and film; soon he was directing feature films like The Wedding Planner, A Walk to Remember, Bringing Down the House and Hairspray; then producing movies like the Step Up franchise and appearing as a judge on So You Think You Can Dance. Now, he’s breaking into a new field: On Tuesday, he published his first book, a YA novel set in 1930s Hollywood called Girl About Town.

TIME caught up with Shankman ahead of the book’s release to talk about how writing resembles directing, the new dance culture and how new discriminatory laws are hurting LGBT youth.

TIME: You’ve been a Jack-of-all trades in entertainment. What made you want to pivot toward writing a book?

Shankman: I was approached by a book agent who liked my Twitter account and who liked some of the stuff that I was saying on So You Think You Can Dance. I was very busy at the time, and I said, ‘Listen, if I’m gonna do this, it would be great if I could partner with somebody, because I don’t want to have to bear the full load.’ So I got partnered with [co-author] Laura [L. Sullivan]. She started really digging into stuff that I had said about the origins of my love of reading. I really learned to read on the Oz books and the Hardy Boys books, and actually The Hardy Boys sort of led me into the Agatha Christie world. I also have a pretty sound knowledge of 1930s Hollywood movies and the like. So she said, ‘Well, what if we combined that in some way?’ And I thought that would be fun. So it would be kind of like a Thin Man-y thing, but for younger readers. We have the first two books, this one here and we just turned in the second book in the series.

Do you have plans for an adaptation?

I don’t yet. My long relationship with Hollywood tells me that right now, I don’t see anybody creating a period YA piece. Twilight was super easy because it’s like, people sitting in the woods looking at each other, and then with a little bit of special effects. The Hunger Games was its own dystopian universe. In my own way I have been in the YA world with A Walk to Remember and Last Song, so, it’s a world that I know, but this is period, so it’s expensive.

I only ask because there are so many huge book deals today that are sold along with their movie rights.

There are, and I always chided myself—like, ‘Leave it to me to come up with an idea that doesn’t feel like an easy sell.’ You know what I mean? Even if the idea is right, the character’s the wrong age. I created a complicated situation for that. But I’m not afraid of writing anymore, and it ended up giving me the courage to also write a script. It’s a TV pilot script that Warner Brothers Television has optioned.

What is it about?

I don’t know if I’m allowed to talk about it because it’s not on the market yet, but it’s a life experience thing about when I got sober. But it’s a comedy. And not Mom. It’s not Mom!

How did your experience as a director inform your writing process?

I’m just accustomed a) to telling stories; b) I imagine and create the world, so that’s the easy other part; c) I’m pretty good at telling people what to do, so I could look at my characters and go like, ‘You need to go over there.’ I could choreograph how the world works, so to speak. And there was a moment at which I didn’t know if I could direct or not—it all seemed like an outrageous idea, and I did it, and it became less outrageous. The same thing kind of happened with writing.

Did that process of figuring out that you could in fact direct take place just over the course of your first feature film, or over several?

At a certain point, you don’t ever actually know if you’re gonna be good. I still wonder. I think it would be a delusional person who didn’t have some self-doubt skulking around in there at some point. I’ve always been a person who says yes more than no. The only thing I ever really wanted to be was a chorus boy. So then when the opportunity to choreograph came along, I just said yes. I didn’t know if I was going to be any good—I don’t think I was very good, certainly when I started. I think that I stepped into choreography in a moment when suddenly, some of the most-working choreographers died of AIDS. And I feel like, whether it’s true or not, I got some of their work.

What is the movie you’re proudest of that you’ve made?

Probably Hairspray. It was the only movie I ever fought for to make. I was like, ‘I need to make this.’ It felt like my cylinders were pumping in a great way. I felt like a thoroughbred. And I really understood that movie. I like Bringing Down the House very much, and there’s a part of me that also likes A Walk to Remember because I felt like I was saying something, much to my surprise, that was so beautiful. It wasn’t noisy, it wasn’t brash, it just was like, ‘You can make a choice to live like this.’ And it spoke to my romantic soul in a pretty profound way.

You mentioned your love of 1930s movies. What do you like about them?

I very much like the rhythms of them. They have a musicality that I find extremely appealing. I like the innocence. The old movies just went straight for a feeling, and it was all so new then, and it felt new. And I also loved the romance of not knowing who slept with who—although now I know since I’ve read all the biographies. I wish we didn’t know everything about all these actors today. I wish that it wasn’t on my newsstand every second. The movies would be much more interesting to me.

You serve on the board of the Trevor Project. What do you see as the biggest obstacles LGBT kids face in America today?

I think the best and worst thing that could have happened for LGBTQ youth today was when marriage equality passed, because big change means big backlash. And who’s gonna suffer the most? Kids. Kids trying to come out when their parents are angry about being told what they have to accept by law when they don’t believe it necessarily in their hearts. [That’s] going to create a strong feeling, as we now see with all of the discrimination legislation that is happening in the country.

I saw that you recently signed the letter from a group of executives to the Governor of North Carolina about the law striking down protections for LGBT people. Do you think that will be successful in deterring other states from enacting similar laws?

I think that and history. The percentage of Americans who believe that everyone should just f—ing lay off the gays at this point—I’m very interested to see how this plays out in the general election, because can you believe how absent it has been from the primary discussion? It’s like, not even a thing.

I know you have a ton on your plate, but what other upcoming projects are you most excited about?

I’ve been working with HBO on a project that I really love that I hope goes forward—I don’t know if it will—that’s about Stonewall, but it’s from the perspective of the Mafia kids that opened it. There’s three boys from Little Italy that saw the opportunity in the revenue stream and who apparently had no point of view about gays. So they’re the ones who opened the Stonewall. One of them, Ronnie Lorenzo, and I are working on this together. So that’s something that’s very exciting to me.

There’s also a delightful project that we’re working on which is 17 Again is being done as a musical for the stage, so getting that ready—that’s in really good shape. And I’m waiting to find out about three different movies right now.

How do you keep so many balls in the air?

I don’t know—I don’t know what else I would do. I wrote a script that Warner Brothers Television optioned, as I told you. I wanna talk to Nick [Sparks] about doing one of his things as a musical. I don’t know, I just keep making stuff—I would be a disaster if I stopped making stuff.

Do you ever read your own reviews?

Unequivocally do not read my own reviews. It’s a cliché because it’s true! I did on my first one and that ended that. Unkind. I was treated like a serial killer who had murdered all their children.

I like The Wedding Planner! And both Matthew McConaughey and Jennifer Lopez have done so much since then.

It sort of gave them fresh trajectories. Matthew was going one way, then suddenly he did a string of romantic comedies, and so did Jennifer, so it was their flashpoint. I’ve been a part of some weird direction changes. Like when I did The Pacifier, Vin Diesel made no sense and yet it all worked, and I suppose you could argue that Bedtime Stories was Adam Sandler’s first real family movie. The weirdest part about that is, I’m actually a pretty dark guy, and yet I seem to make things that are so bright and cheery. 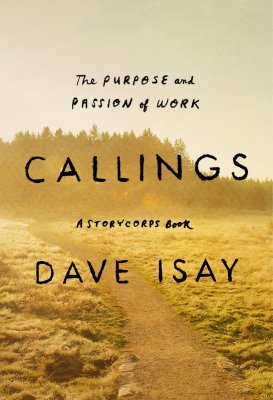 How to Find Your True Calling in Life
Next Up: Editor's Pick