Susan Sarandon: 'I Wish I Realized How Beautiful I Was'

The legendary actress, who stars in the upcoming film The Meddler, spoke with Motto about feminism, the women she admires and what she’d tell her younger self.

Motto: What do you wish you had known in your 20s?
Sarandon: I wish I had realized how beautiful I was. I didn’t even notice! I look back now and think, “Wow.” I look a little blank, not having lived as long as I have now—to me, that person looks a little unformed—but I didn’t realize I was as pretty as I was. Now, I tell people in their 20s that they should appreciate how they look now! …

I just wasn’t focused on that at the time. I was a seeker. I was really asking all kinds of questions. Before you have kids, you’re allowed to be all over the place. I was interested in a lot of things outside myself that really didn’t require that I be more self-reflective. When I was living in New York, I don’t think there was the pressure that there is in L.A. of running into a producer at the grocery store without makeup on and losing work. And there wasn’t social media like there is today, where every movement is recorded. We weren’t focused on a constant self-awareness as you are now, this constant evaluation of what you look like and whether you gained a pound or lost a pound. There’s so much more scrutiny in such a wide media way. … You can’t help being more aware of yourself and critical of the way you look.

We’re approaching the 25th anniversary of Thelma & Louise, which launched you and Geena Davis as feminist icons. Who are some of the women you look up to?
I admire a lot of women who aren’t well-known. Women who are holding their families together in very difficult situations and wanting to give an education to their kids. I’ve met some amazing women when I was in Greece and Lesbos who were refugees.

Vanessa Redgrave—her life is amazing. She has really cared about things bigger than herself and has also raised children and had an amazing career. She has done it all. I’ve gotten to know Rosario Dawson a bit, she’s pretty great at speaking up for what she believes in and doing great work and being grounded, curious and adventurous. She’s a woman who really cares and is very, very bright. I really admire my daughter and what she’s doing with her lifestyle blog and how she raises her child.

Women are so amazing. … It’s always taken for granted that women can do everything. And they do, inside the home and outside the home.

What do you think has changed about feminism since Thelma & Louise?
The brand of “feminism” has had a bad rap for a while. And I think that millennials are very happy to embrace and say they’re feminist, but I don’t feel that they have the need to push that label. I think it is something that is taken for granted. Men are feminists, too, and we have to rely on men—we can’t see it as “anti,” the other gender.

Feminists are humanists. They have the right to choose who they vote for regardless of gender. … I see [millennials] having a better sense of who they are than I did in my early 20s. Believing that they can do anything.

The world is much more open in a lot of ways, and then you have the details, which are still catching up, like salary disparity. …When we don’t have to talk about it, that’s when I feel like we will have accomplished everything.

This interview was edited and condensed. 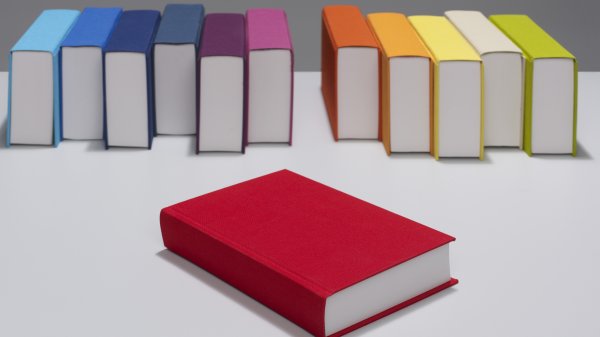 How to Read 54 Books a Year
Next Up: Editor's Pick