Here's How Much It Would Cost to Be Captain America

Have you ever wondered how much it cost for Steve Rogers to become Captain America? According to a new—and very detailed—infographic, the cost of becoming the greatest American hero comes in at a whopping $55,114,220.

The first step in Rogers’s transformation from Average American Soldier into a super patriotic superhero was Project Rebirth, a scientific experiment that today conservatively cost around $516,000. The uniform is worth an estimated $3,720 (far less than Darth Vader’s costume), a standard issue military firearm runs about $900 and the 2014 Harley-Davidson 750 motorcycle that he rode in both Captain America: The Winter Soldier and Avengers: Age of Ultron costs about $7,500.

The element that puts Captain America‘s accoutrements into the stratospheric price range, though, is his shield. Dr. Myron MacLain made the Captain’s shield out of an iron and vibranium alloy, which is virtually indestructible (that’s why Black Panther’s suit is made out of it, as well). Vibranium is a completely fictional, yet incredibly expensive material. As the infographic points out, in issue 607 of the Fantastic Four, it was priced at $10,000 gram. Considering Captain America’s shield weighs in at 12 pounds, that means it is worth a whopping $54 million (a.k.a. more than the GDP of Tuvalu!). Good thing it’s indestructible, because Captain America would need one heck of a Kickstarter to buy a new one.

While $55,114,220 is a lot of money, considering how many times Captain America has saved the planet from destruction, it’s still a good investment. 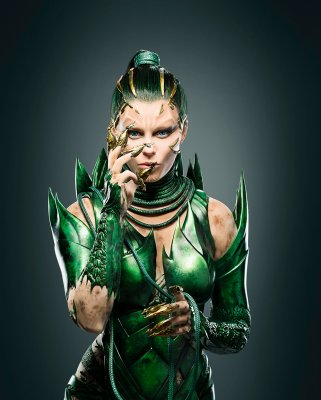 See the First Photo of Elizabeth Banks as Rita Repulsa in Power Rangers
Next Up: Editor's Pick