Donald Trump and Hillary Clinton easily won the New York Republican and Democratic primaries on Tuesday, besting their rivals in the state that both call home.

The Associated Press called the race for Trump as soon as polls closed at 9 p.m. E.T. The race was called for Clinton about 45 minutes after polls closed. Trump had been expected to easily beat Ted Cruz and John Kasich, but exactly how many delegates to the Republican convention he wins from New York will depend on his final margin of victory.

Exit polls suggested that Trump could exceed 50 percent of the vote in New York, which would be a first for him in any primary. If the real estate mogul wins by similarly large margins across individual congressional districts, he could come close to sweeping the 95 delegates available in the state.

Despite a hard push by Ted Cruz and deep animosity among Republicans, Trump took the results as a sign that the race is over. “We don’t have much of a race anymore,” Trump said during a victory speech in New York City. Based on what I’m seeing on television, Senator Cruz is just about mathematically eliminated. And we’ve won another state.”

In the mark of a populist-driven election, New York Republicans were split on whether Wall Street has been a positive force for the country, while some two-thirds of Democrats said the financial industry has had a damaging effect, according to early exit polls. Among Republicans in New York, nearly 6-in-10 said that Trump had the best chance of defeating Clinton in November.

A who’s who of New York’s top elected officials introduced Clinton, who came out to repeat to her audience her successes in previous contests.

“In this campaign, we’ve won in every region of the country, from the North to the South to the East to the West. But this one’s personal. New Yorkers, you’ve always had my back, and I’ve always tried to have yours,” Clinton said. “This campaign is the only campaign, Democrat or Republican, to win more than ten million votes.”

Clinton and Trump, both of whom call New York home, had long been expected to win their respective primaries. Their opponents, all of whom planned to be holding events in other states when the results came in Tuesday night, downplayed what those victories would mean even before polls closed.

Trump cast his ballot, encouraging supporters to do the same. “I’m really honored, and putting in that vote today was really something terrific,” he said, according to Politico. Clinton also voted Tuesday morning, alongside her husband, in their hometown of Chappaqua.

Sanders and Trump, who have succeeded in turning out new voters and winning over independents throughout their campaigns, continued to decry New York’s closed primary system, which requires voters to be a registered Republican or Democrat in order to cast a ballot in that party’s primary.

“Today, three million people in the state of New York who are Independents have lost their right to vote in the Democratic and Republican primaries,” Sanders said while campaigning in Manhattan, the New York Times reported. “That’s wrong. You’re paying for this election. It’s administered by the state. You have a right to vote. That’s a very unfortunate thing which I hope will change.”

Trump has voiced similar criticism, aligning himself with Sanders as a candidate battling the establishment.

“I think, you know, frankly, I think Bernie probably has a decent chance to win,” Trump said in an interview with Fox News on Tuesday. “It won’t matter. Then they’ll say, it doesn’t matter because she’s — look, it’s a crooked system.”

Meanwhile, state leaders continued to weigh in on their preferred picks. New York City Mayor Bill de Blasio predicted a strong victory for Clinton, for whom he’s been campaigning. “I don’t think it’s gonna be close,” he said in a CNN interview on Tuesday morning, Politico reported. “The response we’re getting on the ground for Hillary has been overwhelming.”

Republican Rep. Peter King adopted a more severe tone in an interview with MSNBC, predicting a big victory for Trump while emphatically distancing himself from Ted Cruz and admitting that he voted for John Kasich, who is hoping to score more delegates and sustain his campaign .

“I hate Ted Cruz,” King said. “And I think I’ll take cyanide if he ever got the nomination.”

Cruz has struggled to distance himself from previous disparaging comments he made about “New York values.” During an interview with Fox on Tuesday, his wife, Heidi Cruz, fought back against criticism from Trump that the Texas Senator “hates New York.”

“Ted and I have both lived in New York and love this state and love the things that conservatives in New York are fighting for,” she said, before adding a caveat. “Our campaign’s not dependent on any one state.” 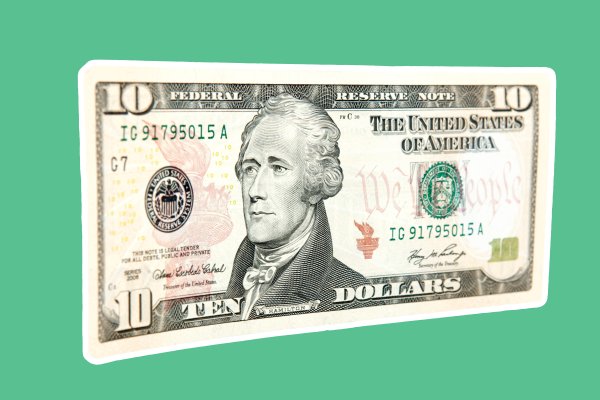 Treasury Secretary Wanted Susan B. Anthony on the $10 Bill
Next Up: Editor's Pick