Here's Who the Internet Predicts Will Win the New York Primary

Donald Trump may land a quick victory when voting is finished Tuesday night in New York, while Hillary Clinton may find herself in a tight race, according to search engine and social media data.

Trump, a Queens native, is expected to take a handy victory at tonight’s Republican presidential primary in his home state, according to a Bing analysis of search data, polling averages and social media conversation.

Bing, Microsoft’s search engine, is pitching itself as being able to predict the primary results in this election, having called many of the state contests correctly so far.

Trump has held a clear lead in the April polling of New York, with Ohio Gov. John Kasich and Texas Sen. Ted Cruz trailing. Internet data regarding Trump can be misleading, however, as the billionaire front-runner consumes much of the conversation online—negative and positive.

For the Democrats, the race may be tighter than expected, if the Internet is any sign. Vermont Sen. Bernie Sanders, a Brooklyn native, dominates the online conversation on primary day, via both social media and in the volume of related searches.

Clinton, however, is favored to win by Bing, but the margin could be slimmer than expected as their formula gives the former Secretary of State a 55.6% to 44.4% lead over Sanders.

The New York presidential primary is the first early voting contest in some 10 days and it could prove decisive, as 95 Republican delegates and 247 Democratic delegates are up for grabs tonight. 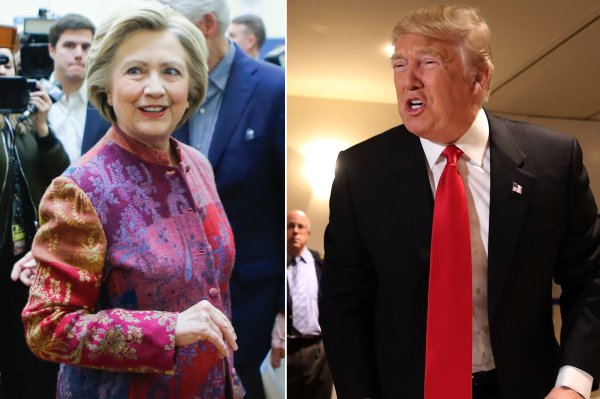