In June 2015, U.S. Treasury Secretary Jacob Lew announced that he would “feature the portrait of a woman” on the new $10 bill due out in 2020. However, what started as a straightforward—and quite frankly, overdue—measure to honor a historically significant woman has turned into a PR disaster.

At issue: Does putting Eleanor Roosevelt, Harriet Tubman, Susan B. Anthony or any distinguished woman in the spot currently occupied by Alexander Hamilton dishonor him, a nationally revered figure who has newly achieved rock-star status, thanks to the brilliant Broadway show?

Passionate Hamilton fans, including the musical’s creator, Lin-Manuel Miranda, are rallying in support of keeping the founding father on the $10 bill. For what it’s worth, the website the Treasury has made for “The New 10” notes that, “While the design process is complex and much work remains to be done, Secretary Lew has made clear that the image of Alexander Hamilton will remain part of the $10 note. There are many options for continuing to honor Hamilton. While one option is producing two bills, we are exploring a variety of possibilities. However, security requirements are the driving consideration behind any new design.”

There is now speculation that Lew might feature a woman’s portrait on the back of the $10 bill to preserve Hamilton’s prime real estate, offering front-facing honors to a woman on the $20 bill instead. But due to the currency redesign process, new $20 bills won’t come out before 2030.

We believe this is an injustice to U.S. women, who have waited centuries to have one of their own appear on the front of paper currency. So The Girls’ Lounge, a movement focused around empowering women, has launched a petition asking women to raise their voice and tell Secretary Lew to put a woman on the front of the $10 bill. One of the latest people to sign our petition is 11-year-old Sofia, who, as a third-grader, wrote a now-famous letter to President Obama asking why there weren’t any bills featuring a woman.

And one person who might have shared her concern is Hamilton. As the nation’s first Secretary of the Treasury and architect of the U.S. Mint, he minted our first penny in 1792. It featured a picture of a woman with flowing hair who symbolized liberty.

Read more: This Female Scientist Will Soon Be Featured on Scottish Banknote

Would it be too great a leap to think that Hamilton—who had daughters—would be pleased to see a woman featured on the front of the $10 bill? We’ll never know, but we do know what’s right.

Shelley Zalis is CEO and founder of The Girls’ Lounge, which encourages women to embrace their feminine leadership powers. Gail Tifford is vice president for media and digital engagement at Unilever North America. They encourage you to sign their petition and join their social media campaign by using the hashtag #NotGoingBack. 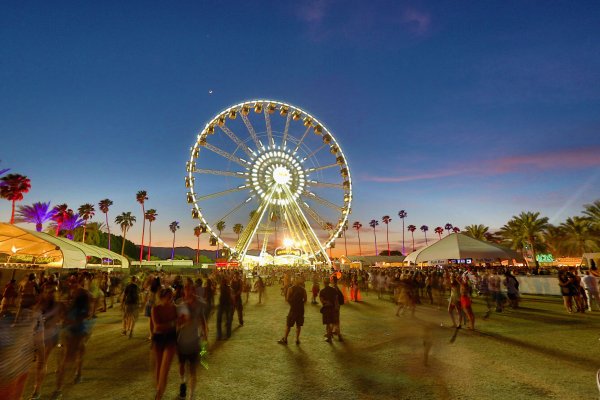 The Last 9 Years at Coachella All Have One Thing in Common
Next Up: Editor's Pick