A view of the new campus of Changzhou Foreign Languages School near a toxic site in Changzhou city, China's Jiangsu province, on April 18, 2016
Stringer/Imaginechina/AP
By Charlie Campbell / Beijing

Late Sunday, China’s state broadcaster CCTV reported that almost 500 teenagers at an affluent high school near Shanghai had been diagnosed with a litany of serious ailments, with the institution’s new campus located close to three former chemical plants that produced pesticides the presumed culprit.

Angry parents brandishing signs bearing skulls and “Save the Children” slogans gathered outside the local government offices in Jiangsu province to demand answers to the questions they had been asking for several months, ever since serious symptoms — such as rashes, coughs and headaches — were first reported. The outrage mushroomed online, where a forum on the scandal had garnered more than 40 million views and 100,000 comments on China’s Twitter-like microblog Weibo by time of publication.

“Again and again I tell people our country is very good, and to grow to this level in just a few decades is not easy, and when there is a problem we should work together to overcome it,” wrote one Weibo user. “But now I feel it is too late to do anything. Those people have killed our country.”

According to the CCTV investigation, 641 of the 2,451 students at Changzhou Foreign Language School’s were examined by doctors, of whom 493 were diagnosed with myriad debilitating conditions. On Tuesday, though, school officials began to refute allegations of cancer and leukemia initially reported by the powerful state broadcaster — somewhat curiously, considering the high-profile exposé must at some level have been sanctioned by the Chinese Communist Party.

The CCTV broadcast described how the school relocated to new 153-acre premises in September, though permission for building work was granted seven months before a safety assessment was completed. That document did not find anything particularly untoward, other than the ground water was unfit for use — the case in 80% of Chinese wells. However, a separate survey in 2012 found dangerous amounts of toxic substances, including chlorobenzene levels that were 78,899 times safe levels in soil and 94,799 times those permitted in groundwater, as well as a cocktail of heavy metals such as mercury, cadmium and lead.

In January, the school ended the semester early after pupils repeatedly fell ill, and tests found toxic soil in the vicinity. That soil was ordered to be buried and the school reopened the next month after another probe gave the all clear. But the health problems continued.

Former employees at the closed factories have since admitted to discharging untreated waste into waterways, according to CCTV, including a now dried canal only 100 m from the current school, and burying toxic chemicals nearby to save time and money.

According to Ada Kong, toxics campaign manager for Greenpeace East Asia, that the school had already claimed to have solved the pollution problem points to gaping holes in China’s treatment and disposal of toxic substances. “The tragedy that has occurred in Changzhou shows just how dangerously lax China’s hazardous chemical management is,” she said in a statement.

In a nation inured to public-health scandals, special opprobrium is reserved for those where children are the primary victims, perhaps unsurprisingly for a society that until recently was bound by the one-child policy. In May 2008, an earthquake in Sichuan province claimed almost 70,000 lives, according to official figures, though headlines were dominated by the 5,335 students buried in so-called “tofu schools,” which parents alleged were built shoddily owing to corner-cutting by venal officials. Last month’s revelations that $90 million worth of tainted vaccines had been distributed across two-thirds of China was the nation’s biggest public-health scandal since 2008, when contaminated infant milk formula caused at least six babies to die and 300,000 to become ill.

On Tuesday, maps of the Changzhou area showing public schools also nearby the shuttered chemical plants caused further panic. But for many, the fact that this was an affluent school affected was a chilling double blow. Parents pay around $9,300 — an exorbitant amount for many Chinese — per year for children to attend Changzhou and hopefully get an education that will lead to a place in higher education abroad. The scandal was a stark reminder that China’s public-health woes penetrate the entire society, and even those who purchase bottled water, eat only imported food and live with the constant hum of an air purifier can only cosset themselves so much.

“Our children are born to be poisoned by tainted milk, the smell of excessive pollution in the air, eating we don’t know what in synthetic food,” posted one Weibo user. “Because our hearts are patriotic, we love every inch of land here, but [the government] does nothing.” 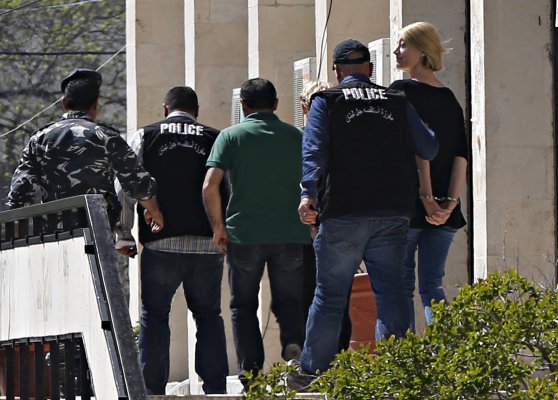