Police stand guard during the third day of the trial of disgraced official Bo Xilai at the Intermediate People's Court in Jinan, Shandong province, on Aug. 24, 2013.
Mark Ralston—AFP/Getty Images
By Hannah Beech / Shanghai

How much is an errant Chinese official’s life worth? Three million renminbi, or $463,000, according to a statement released on April 18 by Chinese judicial authorities. The legal clarification makes the death penalty applicable to anyone who either embezzles, or accepts bribes of, that sum or more. But in certain “especially serious” instances “with extremely vile impact,” like when officials embezzle disaster-relief funds, stealing half that can be grounds for death by firing squad.

Previously, the threshold for capital punishment was making away with “a huge amount of money” or “an extremely huge amount of money” — hardly the most precise of measurements. The new criteria, however, specify that “mitigating factors,” which might include cooperating with authorities, can lead to a two-year suspended death sentence and an escape of execution.

Under the leadership of Xi Jinping, the ruling Chinese Communist Party has launched an anticorruption campaign that has netted hundreds of thousands of officials. Last year, 16 senior Chinese leaders were convicted of bribery, including the nation’s former security czar Zhou Yongkang. But Zhou, who was accused of running the nation’s vast security apparatus as a personal fiefdom — and before that the nation’s oil industry and the populous province of Sichuan — was not sentenced to death for amassing more than $20 million in bribes, along with his family members. Instead, he was handed a life sentence last June. In 2013, Railways Minister Liu Zhijun earned a suspended death sentence for accepting the equivalent of more than $9.6 million in kickbacks.

China executes more people per year than any other nation, although Beijing says the number has dropped in recent years. There are 46 crimes in China that can earn defendants the death penalty. Last year, China dropped certain crimes from its capital-punishment list, including counterfeiting money, weapons smuggling and fabricating rumors to mislead others during wartime. 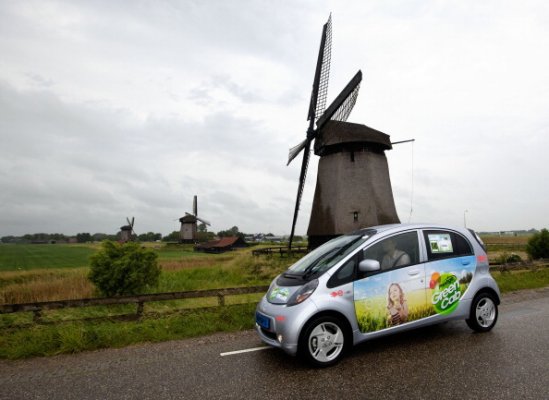 Netherlands Aims to Ban Petrol and Diesel Cars
Next Up: Editor's Pick