How Your Genes Can Influence When You Lose Your Virginity

Losing your virginity may seem like a product of circumstance, but according to a new study, the age at which you become sexually active can be—at least in part—determined by your DNA.

The study, published in the journal Nature Genetics, found that while the age of first sexual experience is influenced more by factors like peer behavior and family background, genetics could account for 25% of variation. As Cambridge University epidemiologist John Perry put it, it’s “one quarter nature, three quarters nurture,” the Guardian reports.

Some of the sections of DNA found to be connected with age of first sexual encounter were genes that influence the release of sex hormones and onset of puberty, while others are linked to things like behavior and appearance.

The study was conducted using information about 125,000 people in the U.K. BioBank project and about 250,000 others in the U.S. and Iceland.

Correction: The original version of this story misstated the name of the journal that published the study. It is Nature Genetics. 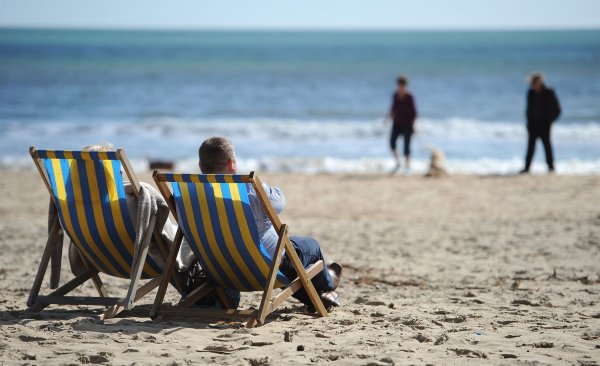 This March Was Hottest on Record by a Large Margin
Next Up: Editor's Pick