On June 15, 2014, President Obama told Congress he was ordering “up to approximately 275 U.S. Armed Forces personnel” to Iraq to fight ISIS. They would “remain in Iraq until the security situation becomes such that it is no longer needed,” he added.

Unless you have a loved one in the U.S. military, you probably haven’t been aware of the slow-but-steady increase in American troops on the ground inside Iraq since then. On Monday, Pentagon officials said the total U.S. troop presence in Iraq would grow by more than 200 troops—to a deployed force of 4,087—as Baghdad and Washington prepare to take Mosul back from ISIS.

Troops on temporary assignment in Iraq, those guarding diplomatic outposts—or those rotating in to replace troops who haven’t left yet—aren’t included under that 4,087 ceiling. When they are, Pentagon officials say, the total U.S. troops presence in Iraq is creeping toward 5,000.

While the offensive to retake Iraq’s second-largest city isn’t yet underway in a formal sense, the U.S. is sending more trainers, as well as eight AH-64 helicopter gunships and rocket systems to Iraq to get ready for the showdown. U.S. forces are being assigned to smaller units “closer to the action,” Defense Secretary Ash Carter said Monday in Baghdad.

Iraqi fighters, trained by U.S. troops, are slowly tightening a noose around Mosul and have begun to “shape the battlefield” for the key fight for Iraq, defense officials say, although they doubt Iraqi forces will be ready to storm ISIS’s key Iraq outpost until next year. “My expectation is that by the end of the year, we will have created the conditions whereby Mosul will eventually fall,” Obama told CBS on Monday. Pentagon officials say the U.S. troops being sent to Iraq possess unique skills—in intelligence, aviation and logistics, for example—that the Iraqi forces lack. The Iraqi government has been leery of allowing too many U.S. troops back on its soil.

“It’s directly attributable to developing the plan for Mosul,” Marine General Joseph Dunford, chairman of the Joint Chiefs of Staff, said last month when asked about rumbles of a future U.S. troop boost to help Baghdad’s soldiers as well as the Kurds’ Peshmerga forces in northern Iraq. The U.S. troop increase, he added, would be to give the Iraqis the capabilities that “would best enable the Iraqi security forces and the Peshmerga to be successful in operations in Mosul.”

Even if 5,000 U.S. troops end up inside Iraq, that’s less than 3% of 170,000 U.S. peak in 2007. After an eight-year occupation that killed 4,491 American troops and cost an estimated $2 trillion, Obama has no desire to re-enter that quagmire. He has steadfastly ruled out ground combat for U.S. troops, although their training and defense assignments are bringing them closer to the front lines.

Last month, ISIS rocket fire hit a small base in northern Iraq, killing U.S. Marine Staff Sgt. Louis Cardin. The U.S. military has gone to great lengths to declare that U.S. forces in Iraq are not engaged in combat. “What they’re there to do is simply shoot back if somebody shoots at them,” Baghdad-based Army Col. Steve Warren told reporters recently, when asked if U.S. troops in Iraq are in combat. “They won’t kind of go off and conduct any type of mission on their own.”

The incremental U.S. troop growth is more of a White House strategy to wage war on the cheap—especially in a conflict that Obama hailed when all U.S. troops finally came home at the end of 2011. Sen. John McCain, the Arizona Republican who chairs the armed services committee, called the latest deployment “the kind of grudging incrementalism that rarely wins wars, but could certainly lose one.” It has led to a fingers-crossed kind of fight, with the U.S. seeming to dispatch only sufficient force to handle an immediate need, until it’s no longer adequate—and then sending more. This tendency has generated ire among some U.S. military commanders, but the top brass has gone along with Obama’s desire to keep the U.S. military footprint in Iraq as small as possible.

“Back in Vietnam days, we called this ‘gradual escalation’—a euphemism for trying harder when you don’t know exactly what you’re trying to achieve,” says Andrew Bacevich, a retired Army colonel and author of the just-released America’s War for the Greater Middle East: A Military History. “The approach failed then, but Obama appears determined to revive it.” 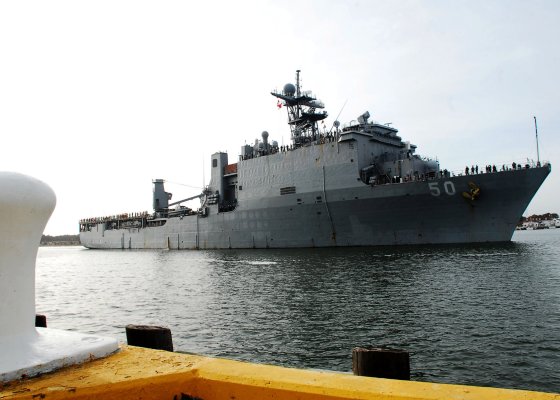