3 Unexpected Things Fitbit Can Tell You About Your Health

Your fitness tracker can be a great source of fitspo, providing the kind of feedback that helps you push through that extra mile. But it might also tell you more about your health than you ever thought possible—as these three unsuspecting Fitbit wearers discovered.

Generally, it’s the woman who’s expecting who gets to share the good news with her partner. But for one New York City couple, it was the opposite way around.

When his wife’s Fibit recorded some out-of-the-ordinary data in February, a man who identifies himself as David suspected a malfunction and turned to Reddit for technical help: “[Her Fitbit] is showing her heartbeat being consistently high over the last few days,” he wrote. One day, “she logged 10 hours in the fat-burning zone, which I would think to be impossible based on her activity level.” He also noted she hadn’t burned a lot of extra calories. “It’s not lining up.”

But a helpful Redditor put the clues together and asked David if his wife could be pregnant. “Pregnancy is a strong possibility,” David replied. “I might be a dad, YIKES. now i gotta watch my own heart rate lol.” David later confirmed that his wife, Ivonne, was in fact pregnant, after she took a pregnancy test. “It’s definitely a great story to tell [the baby] one day,” the excited father-to-be told Buzzfeed. In the meantime, he and Ivonne are already documenting @babyfitbit‘s journey on Instagram, starting with that fateful screenshot.

“You need to see a doctor, stat”

Earlier this month, the Annals of Emergency Medicine published the first-ever reported case of a fitness tracker assisting a medical decision. When a 42-year-old man arrived in the ER with an irregular heartbeat, doctors were able to use his Fitbit data to pinpoint the precise moment his arrythmia began, three hours prior. Knowing that the onset of the arrythmia had occurred within 48 hours, the team was able to treat the patient with electrocardioversion, to reset his heart’s natural rhythm. Study author Alrred Sacchetti, MD, believes trackers that measure heart rate could prove to be a valuable tool in emergency situations. For example, he explained in a press release, “dizziness with a heart rate of 180 would be approached very differently from the same complaint with a heart rate of 30.”

“You are indeed heartbroken”

Koby Soto, an Israeli law student and entrepreneur, was studying on an average Saturday afternoon in January when his boyfriend called to say their relationship was finito. Soto was blindsided by the breakup, according to CNN, and did his best to distract himself to get through the rest of the day. But in bed that night, he was unable to fall asleep and decided to check his Fitbit data. There, he found the trajectory of his grief traced across the screen: At the moment Soto got dumped, around 12:30 p.m., his heart rate spiked from 72 beats per minute to 88, and stayed elevated all day, peaking at 118 beats per minute.

After Soto shared his quirky experience online, he was overwhelmed by the response as his graph went viral. @FitbitUK even offered him a hug. 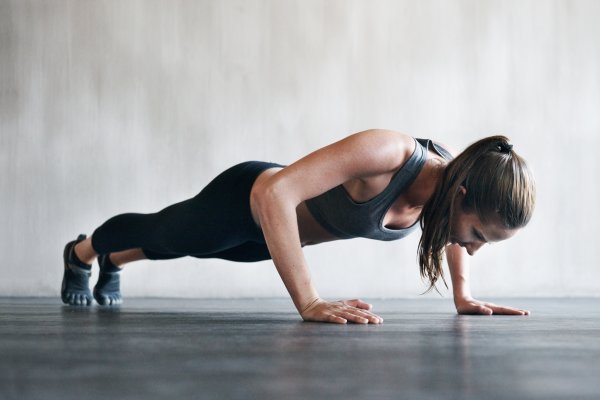 Google Wants to Help You Get to the Gym Already
Next Up: Editor's Pick