Scarlett Johansson is pictured here portraying her lead role in "Ghost in the Shell."
Paramount Pictures
By Melissa Chan

Scarlett Johansson’s casting as the star in the remake of the classic Japanese anime, Ghost in the Shell, is the latest controversy to revive calls from top Asian-American actors for Hollywood to fix its diversity problem.

After the first photo showing Johansson portraying Major Kusanagi was revealed late last week, critics, including actresses Ming-Na Wen and Constance Wu, slammed filmmakers on the “whitewashing” of the lead role, which they say should have been given to an Asian actor. “Nothing against Scarlett Johansson. In fact, I’m a big fan. But everything against this Whitewashing of Asian role,” Ming-Na Wen, who stars in Agents of S.H.I.E.L.D., wrote on Twitter.

Fans previously launched a petition against the film after Johansson’s casting was announced in January 2015.

The most recent comments from Asian actors came after Paramount Pictures and DreamWorks Pictures posted a photo of Johansson, triggering a flurry of backlash that worsened when a report suggested that Ghost in the Shell producers may have tested visual effects that would make white actors appear Asian. In response to the report, Paramount said “absolutely no visual effects tests were conducted on Scarlett’s character.”

The fury also follows a series of incidents in which white actors were cast to play Asians, including in The Last Airbender and Doctor Strange. Last year, Cameron Crowe’s movie Aloha received criticism when Emma Stone was cast as Allison Ng, who is supposed to be part Hawaiian and Chinese. Stone later told an Australian news site that the controversy taught her about whitewashing’s frequency in Hollywood. “I’ve learned on a macro level about the insane history of whitewashing in Hollywood and how prevalent the problem truly is,” she said. Crowe issued a “heart-felt apology” to those who were upset by Stone’s casting.

That problem reared its head earlier this year during the Oscars when host Chris Rock was slammed over his skit stereotyping Asians. He paraded three Asian children on stage with tuxedos and briefcases and introduced them as “dedicated, accurate and hard-working” accountants named “Ming Zhu, Bao Ling and David Moskowitz.”

A study released in February found that the data backed critics’ concerns about diversity in Hollywood. Researchers at the University of Southern California had analyzed more than 21,000 characters and behind-the-scenes workers on more than 400 films and TV shows released between September 2014 and August 2015. Half of the productions they analyzed had no Asian speaking characters, according to the study, and only about 28% of characters with dialogue were from non-white racial groups. 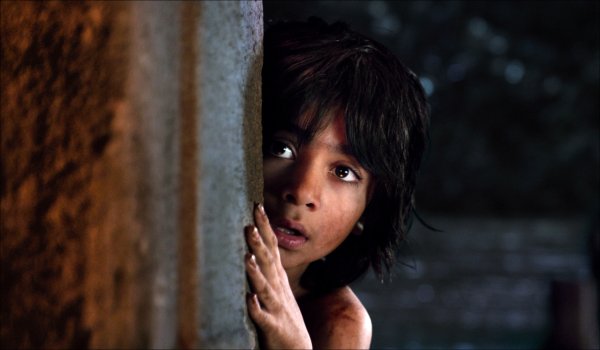 The Jungle Book Dominates Box Office With $32M Friday
Next Up: Editor's Pick