Tikhomiroff, 89, the understudy of renowned French journalist Michel Chevalier, forged a generalist career photographing everything from the iconic glamour of Brigitte Bardot to De Gaulle’s historic visit to Algeria in 1960. His images bridged the cultural distance between the razzle-dazzle of 1960s film and the growing turbulence of social change.

Born in Paris, France, to Russian parents, Tikhomiroff was sent away for boarding school. At 17, he joined the French army just after the Liberation of Paris. Years later, the experience prompted him to return to other battlefields with a camera.

His career in photography kicked off with his first job processing prints in the darkroom for a fashion photographer. Using a Rolleiflex, he began to take photographs for magazines like Marie France and met Chevalier in 1956, which led him to accompany the renowned journalist as a freelance photographer traveling to the USSR, Africa and the Middle East. Three years later, Tikhomiroff joined Magnum, photographing the Algerian War, Vietnam, Cambodia and Laos.

His involvement in an important Magnum project on World Cinema, allowed him to meet Fellini and Visconti, as well as Orson Welles, who he developed a close friendship with while photographing the filming of The Trial and Falstaff. “To me, his name will always be linked to his iconic photographs of Orson Wells, notably in Spain on the set of ‘Chimes at Midnight’,” says Barbey. “As well as a very important portraitist of the celebrities of the 60s.”

In 1987, Tikhomiroff returned to France and retired from professional activities to work on personal projects. 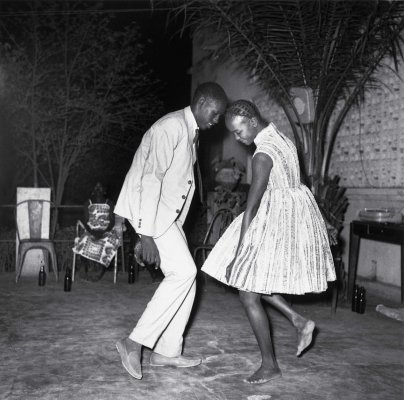