8 Easy Ways to Kill Bad Habits, According to Research

Bad habits; we all got’em. You know what they are. You know you should stop. But… it’s hard. In fact, sometimes you feel downright powerless. And you’re not crazy…

Research from Duke University shows 40% of what you do every day isn’t a decision — it’s a habit.

From Charles Duhigg’s excellent book The Power of Habit: Why We Do What We Do in Life and Business:

Yeah, you spend almost half the day on autopilot. And changing bad habits isn’t just “kinda nice.” If you want to be a success, studies show habits really do matter.

People who have career momentum are 53% more likely to have good habits.

Via The 100 Simple Secrets of Successful People:

If we’re on autopilot for half the day, we want those routines to be good ones. So what really works for ditching bad habits? And isn’t horribly difficult? Let’s get to it…

At one time we have all felt as if our lives are a constellation of bad habits. You get home from work, you’re exhausted and you go from one “I should not be doing this” to the next.

It’s like you need to change everything. And you need to do it tomorrow… No. Bad. Wrong. Does not compute.

Do less. Just focus on fixing one thing at a time. When I spoke to Power of Habit author Charles Duhigg, he said that’s the key to lasting change. Here’s Charles:

You don’t need to overhaul your life. Just kill one bad habit. Give it a month and then move on to the next.

(To learn the four rituals neuroscience says will make you happy, click here.)

Okay, you’re focused on one thing. What’s a painless way to start?

Whatever it is you shouldn’t be doing, you don’t have to stop yet. (Doesn’t that sound nice?) Don’t try to reduce the habit, reduce the variability in the habit.

In other words, don’t even try to quit smoking; try to smoke the exact same number of cigarettes each day. Or only check Facebook your usual 90 times an hour.

This tiny effort toward self-control can lead to a decrease in bad habits over time, unconsciously.

Just paying attention to those numbers can make a big difference. Merely looking at the calorie counts on food labels before eating was more effective for weight loss than exercise:

You don’t have to deny yourself at first. Just notice the numbers and continue to behave badly — butconsistently.

That’s not hard. You don’t have to change. How else can you beat bad habits without changing yourself at all?

Every day I download Instagram on my iPhone and every day I delete Instagram off my iPhone. Does it sound like I have a problem? Nope. It’s a great way to make sure I only check it once a day.

The app isn’t there tempting me to check it 600 times. And it’s a pain to keep downloading it. And this is a big secret to beating bad habits.

Don’t change yourself. Change your context. We engage in habits because of “triggers” in our environment. Remove the triggers or make them more difficult to reach and you’re less likely to engage in the behavior.

When I spoke to behavioral economist Dan Ariely he said context affects your behavior much, much more than you think. Here’s Dan:

So get the tempting stuff away from you. Bestselling author Shawn Achor recommends “the 20 second rule.” Make bad habits 20 seconds harder to begin and you’re far less likely to engage in them. Here’s Shawn:

You don’t need to change yourself just yet. Change the things around you.

Pretty simple, right? Good. And let’s keep it that way. Do you need to put pressure on yourself and be a demanding taskmaster to eliminate bad habits? Nope. Neuroscience says do the exact opposite…

What makes you more likely to engage in bad habits? Stress.

(To learn how to stop being lazy and get more done, click here.)

Alright, the tips so far have been plenty easy. Time for some black belt methods. And we also need to correct some myths. How do you really eliminate those bad habits? It’s easy: Don’t.

Charles Duhigg wrote the book on habits. And he says the research is clear: you can’t eliminate bad habits but you can replace them. Want to stop shoving donuts in your mouth?

When you feel the urge, put some sugarless gum in your piehole. The “trigger” stays the same and you still get a nice reward but you’re replacing the bad behavior with a good one.

From The Power of Habit: Why We Do What We Do in Life and Business:

Notice what triggers your bad behavior and then replace your usual response with a new one that gives you a different (but still pleasurable) reward.

Am I making this all sound too easy? Don’t worry — I know you’re gonna screw up. We all do. In fact, I bet you know when you’re most likely to screw up. So here are the two words that can make sure you don’t blow it…

Plans are good. And with a very simple one you can resist temptation. When do you always perform that bad habit? For instance, “Whenever I sit on the couch I surf the internet endlessly.”

If I sit on the couch, then I will pick up a book.

Sound too simple to be true? Wrong.

(To learn what Yale research says is the lazy way to an awesome life, click here.)

But what happens if you still blow it? Don’t worry, buddy. I got you covered…

You’re going to screw up. And that’s okay. In Richard Wiseman’s study of people who achieved their goals he realized we should:

So you say you’re not going to eat cookies. Then you accidentally eat a cookie. That’s not when the diet is blown.

The diet is blown when you eat the one cookie and say, “I give up” — and then devour the rest of the bag.

What does science say we should do when we lose self-control or procrastinate? Forgive yourself and move on.

In trying to do anything to better your life, it’s okay to stumble. It takes time. You learn.

(To learn how to be more compassionate with yourself, click here.)

Okay, we’ve covered a lot. Let’s round it up and learn the eighth tip — which is the easiest and most fun of them all…

Here’s how to get rid of those awful bad habits:

And what’s the final tip?

Peer pressure is a good thing — when you use it strategically. Mom wanted you to hang out with the smart kids in school because they provided good examples. Mom was right.

It’s simple, really. Hang out with people who you want to be. Procrastinate a lot? Spend more time with uber-productive friends. Want to get in shape? Hang around those healthy-eating gym addicts.

When I spoke to Carlin Flora, author of Friendfluence: The Surprising Ways Friends Make Us Who We Are, she said:

Okay, enough talk. Right now, email or text one of those friends you want to be and set a time to hang out.

Friends don’t just make us happy. They can also make us better people. 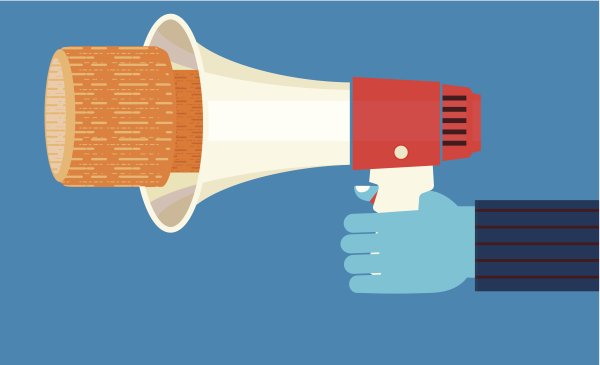 3 Secrets for Being More Confident, Backed by Research
Next Up: Editor's Pick