Dark Souls III Is the Fastest Selling Souls Game Yet

That’s according to Bandai Namco itself, the same outfit responsible for stuff like the multifaceted Dragon Ball series, the Tekken arcade fighting games, and of course, Pac-Man.

The big deal here is less the sales figure (which Bandai Namco hasn’t specified), than the fact that a defiantly challenging, surreal and ultimately nonconformist game is now squarely mainstream. So much for From Software’s punk underdog days.

Dark Souls III launched in the U.S. on April 12 for PC, PlayStation 4, Xbox One. Like its predecessors, it has you cleave and bash your way through battalions of horrific enemies who relinquish souls. Souls are the currency you need to level up, but if you die before you’ve emptied your wallet, those souls hit the ground. You get one chance to snatch them back by returning to your death spot, but if you die again before hoovering them up, it’s sayonara to all your plunder.

Note that Bloodborne isn’t counted in this comparison, and that’s important, since Bloodborne is spiritually a Souls game. Sony partnered with Souls studio From Software to make Bloodborne a PlayStation 4 exclusive. By all accounts, Bloodborne sold very well, though whether as well as Dark Souls III out of the gate, we may never know. 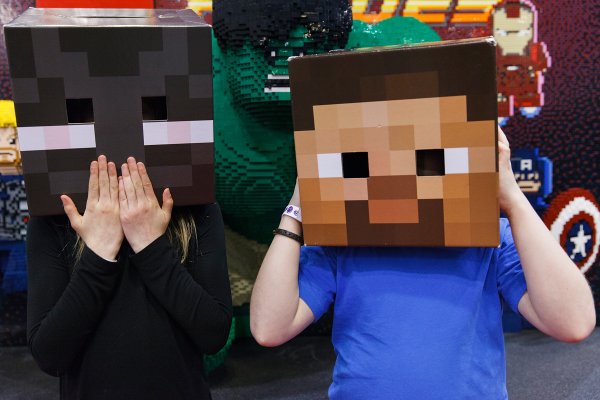 Minecraft Is Getting True Cross-Platform Multiplayer
Next Up: Editor's Pick