Actress Amber Heard is on a one-month good behavior bond in Australia after she pleaded guilty to illegally bringing two dogs that belong to her and husband Johnny Depp into the country. But before their legal saga could end, they filmed an apology video for the government of Australia. And it all felt more than a little awkward.

“Australia is a wonderful island, with a treasure trove of unique plants, animals and people,” Heard says in the video, above.

“It has to be protected,” Depp chimes in solemnly.

After the two Hollywood celebrities talk about Australia’s bio-diversity and “unique” people, Heard says, “I am truly sorry that Pistol and Boo were not declared. Protecting Australia is important.”

The video was uploaded to the Facebook page of the country’s deputy prime minister, who acknowledged that “I don’t think it’s something they would have willingly wanted to do.”

The “war on terrier,” as it came to be known, began in May 2015 when Heard brought her two Yorkshire terriers, to Australia, where Depp was filming the latest Pirates of the Caribbean film. According to Australian bio-security laws, dogs entering the country must spend 10 days in quarantine, but Pistol and Boo did not comply. 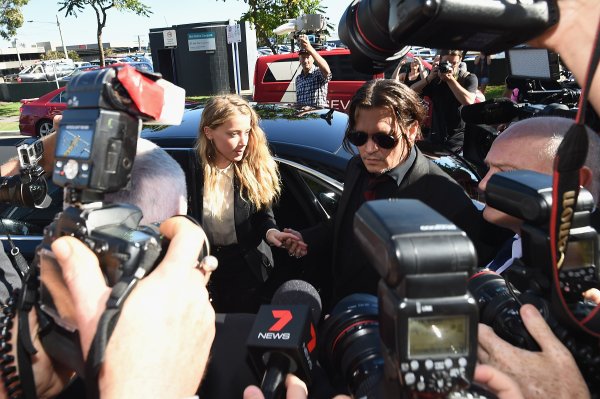