Poll: GOP Voters Want Candidate With Most Votes as Nominee

Donald Trump pauses as he speaks during a campaign event in Hartford, Connecticut on April 15, 2016.
Bloomberg/Getty Images
By Melissa Chan

More than half of Republican voters believe that the GOP presidential candidate with the most votes should become the party’s nominee if no candidate wins a majority of delegates before the convention, according to a new poll.

Only 33% of Republicans say the nominee should be picked by convention delegates, a new national NBC News/Wall Street Journal poll has found.

The survey results, released Sunday, comes after Republican presidential frontrunner Donald Trump warned of a “rough July” if the Republican National Committee doesn’t “straighten out” its delegate process, which he has called “rigged.” The nominee must secure a majority — 1,237 — of delegates at the Republican convention.

“I don’t want to waste millions of dollars going out to Wyoming many months before to wine and dine and to essentially pay off all these people because a lot of it’s a payoff,” Trump said Saturday on Fox and Friends. “You understand that, they treat ’em, they take ’em to dinner, they get ’em hotels. I mean the whole thing’s a big payoff, has nothing to do with democracy.”

The poll was conducted between April 10 and April 14 among 319 Republican primary voters. The margin of error is +/-5.6%. 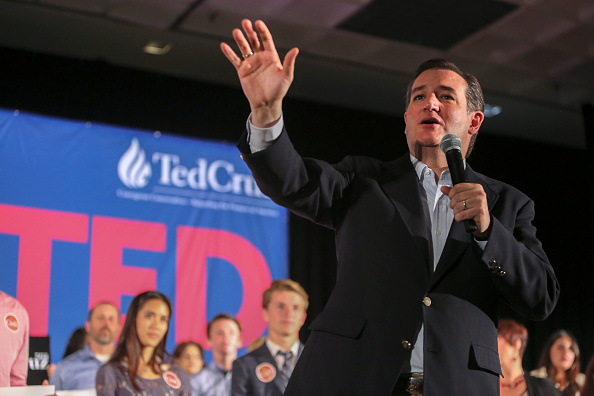 Ted Cruz Picks Up More Delegates in Wyoming
Next Up: Editor's Pick