Ri Jong Ryul, deputy-director general of the Institute of International Studies in Pyongyang, told CNN that the Republican presidential frontrunner’s remarks and policies would only escalate North Korea’s nuclear ambitions. “The U.S. tells us to give up our nuclear program, is preparing a nuclear attack against us, and on the other hand would tell its allies to have nuclear weapon. Isn’t this (a) double standard?” Ri said.

Late last month, Trump said Japan and South Korea might need to have their own nuclear arsenals if the U.S. is unable to defend them against North Korea. The White House called the idea “catastrophic.”

Ri told CNN that the rhetoric was dangerous. “Trump’s remarks give us deeper look at America’s hostile policy against my country,” Ri said. “Simply put, America’s hostile acts against us are making the situation on the Korean peninsula worse.” 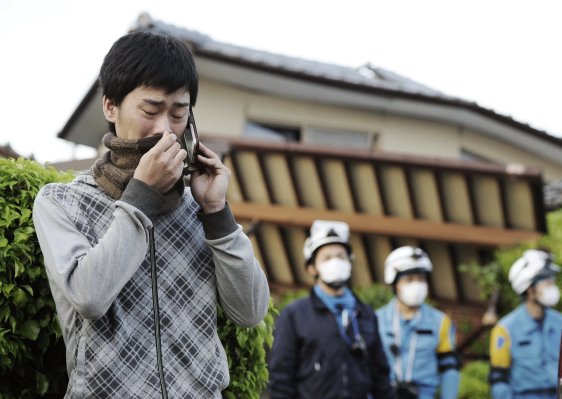 See the Aftermath of the Japan Earthquakes
Next Up: Editor's Pick