Jon Favreau’s The Jungle Book, the latest offering from Disney’s live-action studio, is doing huge business in its debut at the North American box office, grossing $32.4 million on Friday for a projected $87 million-$90 million weekend, one of the top openings of all time for the month of April.

The movie’s better-than-expected performance — fueled by stellar reviews and an A CinemaScore — is yet another victory for Disney as it reimagines its classic titles. At this pace, the $175 tentpole will come ahead of fellow Disney titles Cinderella ($67.9 million), Oz the Great and Powerful ($79.1 million and Maleficent ($69.4 million).

Jungle Book is a reimagining of Rudyard Kipling’s eponymous book about an orphaned human boy whose guardians are animals. The live-action/CGI hybrid introduces Neel Sethi as Mowgli and features the voices of Bill Murray, Idris Elba, Ben Kingsley, Lupita Nyong’o and Scarlett Johansson.

Disney opens the movie in 4,208 theaters in North America; more than 3,000 of those will offer the film in a variety of premium formats, including 4D, 3D and Imax. Overseas, The Jungle Book already has grossed north of $30 million after opening in a handful of markets last weekend. It opens in other counties this weekend — including China, the U.K., France, Germany and Mexico — and could take in $75 million or more internationally.

The Jungle Book already has grossed $57.1 million from its first foreign markets, including doing record-breaking business in India — where Hollywood entries typically have a tough time — and Russia.

Boosted by strong reviews and an A- CinemaScore, Barbershop 3 is looking at debut in the $19 million range-$20 million range for New Line and MGM after earning $7 million Friday, somewhat behind expectations but good enough for the No. 2 spot.

Criminal is struggling in its debut, with a projected weekend gross of $6 million-$7 million.

This article originally appeared at The Hollywood Reporter 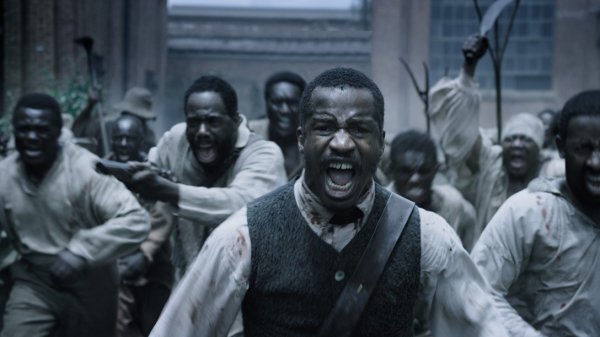 Watch the First Trailer for Sundance Sensation The Birth of a Nation
Next Up: Editor's Pick