This March Was Hottest on Record by a Large Margin

Last month was the hottest March since record keeping began, the eleventh such consecutive record, according to reports released this week.

Average global temperatures last month were 1.07 °C (1.9°F) above the average in March since 1891, according to data from the Japan Meteorological Agency (JMA). Separate data released by NASA shows that March was 1.65°C (3.0°F) warmer than the average between 1951 and 1980. The National Oceanic and Atmospheric Administration (NOAA), the primary keeper of such data in the U.S., will release its numbers next week.

March may have also been the most above-average temperature month of all time, but preliminary agency data is inconsistent on that record. February of this year broke that record by a dramatic margin.

The temperature record was likely driven by the ongoing, but now fading, El Niño climate phenomenon that raises global temperatures and wrecks havoc on global weather patterns as well as ongoing climate change. Scientists widely expect 2016 to be the hottest year on record.

The string of records, and the scale at which they are being broken, are raising fears that the world is approaching the 2°C (3.6°F) level of warming above preindustrial levels that scientists say could bring about catastrophic and irreversible consequences.

Keeping temperature rise below that threshold has been enshrined in the language of climate scientists and international agreements on climate change, including the Paris Agreement reached last year. Recent temperature spikes underscore how difficult meeting that target may be.

“If we continue to burn fossil fuels and increase the concentration of greenhouse gases in the atmosphere, we will assume that this level of warmth will be perpetual,” said Michael Mann, professor of atmospheric science at Pennsylvania State University, after last month’s record. “This is a reminder that we need to need to decarbonize.” 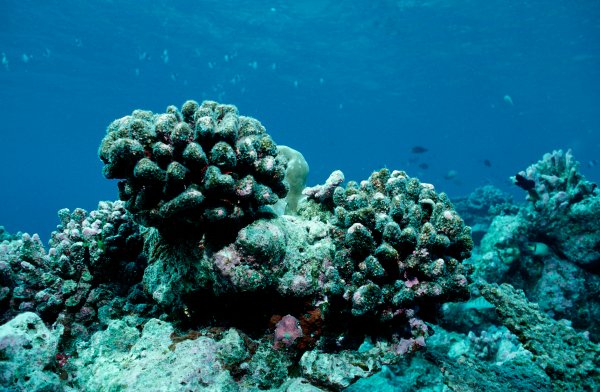 The Great Barrier Reef May Soon Be in Worse Shape Than Scientists Thought
Next Up: Editor's Pick