What To Do When You Feel Trapped in a Job

Oh, gosh. I’ve felt this. And I’ve got a kid, and my wife doesn’t have a job – a decision we made because we thought it was the best thing for our family, both financially and philosophically – so I’m the lone breadwinner. Plus the mortgage, the school bills, and so on. It’s suffocating, sometimes, and it’s hard to talk about.

There are days when it’s just a struggle to get through. Days when a product I poured a year into failed miserably, and I lose all hope on the things I’m working on launching later this year or next year. Days when I sit in endless meetings and feel like I’m just wasting my life. Days when I constantly refresh the local surf or ski report while staring out a window, knowing that all I’m doing is making it so I have to work later, but I just can’t help it.

And I actually like my job. A lot. But I haven’t liked all of my jobs, and I’ve had quite a few of them before this one.

This is one that I’m still learning, but it goes back to one of my favorite quotes that I heard when I was a teenager: “It’s always rider error.”

It’s hard to let that one sink in, but I’ve found that it’s true. When things aren’t right, it’s not the scenery or the job. It’s me. It’s how I’m interacting with the rest of the world.

Quora.com: Is it true that successful people generally avoid people who are pessimistic?

But it’s what I’ve had to do. I’ve had to internalize this idea that, if things are bad, I’m the one making them bad. I set bad expectations somewhere along the way, or made a promise I shouldn’t have, or just did something flat out wrong.

It’s a slog, figuring this out and then adjusting behavior so I don’t do it again. It’s awful, and it seems like it’s never-ending.

There’s another quote that’s attributed to Kanye West, which (I’m paraphrasing) goes something like this:

I don’t often agree with things Kanye says, but this one is spot-on.

You need to sit back and think about the things that are uniquely you that you want to cheer for. Maybe you know what these are already, and maybe you don’t. Then, write them down, and make sure that you agree with them for a little while.

You’re not in a rush. You’re the only one who is making you be in a rush.

Quora.com: What was the most important lesson you learned from playing team sports?

Lots of people talk about passion. I’ve written on Quora about passion. But passion is way over-rated for what you’re talking about, because you’ve got kids, and if you’re like me, that’s your passion. Almost everything I’m passionate about beyond my family – leaving the ocean a better place than it is today, buying food from the people who grew it, and so on – grows out of how I feel about my family.

It meant I ditched surfing every weekend so I could give my wife a much-needed break from child care. I do put my kid on my Indo Board, and I’m going to try him out on a board this summer, which I’m hoping that can become a mainstay father-son activity, but I’m well aware that his stoke is probably going to be different than mine, and father-son surfing is probably a pipe dream.

It meant that I stopped working on all of the dozens of side projects I used to have, because that made me less present with my family.

It meant that I had to ensure I was a rock star at work, because my job gives me tons of flexibility to spend time with my family, and I don’t want any of my co-worker’s and boss’ faith in me to be misplaced or questioned, especially on the days when I come in late so I can do school drop-off. Which I did today.

It meant that I stopped traveling for work except when it was absolutely necessary, and getting to love videoconferencing.

It meant taking conference calls with Australia at midnight after everyone else is asleep so that I could be there for my family when they were awake.

It meant putting away my phone for about four hours when I get home, so that I don’t spend time seeing which emails I got, or whatever app sent me an alert, or get distracted by playing a video game.

It sounds like I gave all these things up, and I made all these accommodations, and that maybe my fifteen-year-old self would hate me right now.

Quora.com: What is something that everyone should add to their work ethic?

And, yes, I did give up some things I really enjoyed. And I did sideline some dreams I had.

But, then, this awesome thing started to happen when I refocused. The trap wasn’t there anymore. The problems that made me think I was trapped were, but they weren’t limiting anymore. They weren’t a wall.

I stopped taking it personally that a product launch had failed, and, instead, took it as something I needed to learn from in order to be a rock star and continue providing for my family.

I spoke up in the endless meetings, and made them end faster, because each minute I wasted in those was a minute, later that day, I couldn’t spend with my family. I don’t care who ‘wins’ the meeting (because there’s almost always someone who is trying to win at meetings) — I just care that everyone walks away with actionable marching orders, because the worst thing that happens in a meeting is that you decide you need another meeting on the topic.

I still look at the surf report and the ski report. Haven’t figured that one out yet. My stoke has changed a bit over time – it’s true that I don’t get to have the same adrenaline rush anymore (not often, anyway), but I get something different and maybe a little better: I get to see the world like it’s brand new, through my son’s eyes, and that’s pretty magical.

This article originally appeared on Quora.com 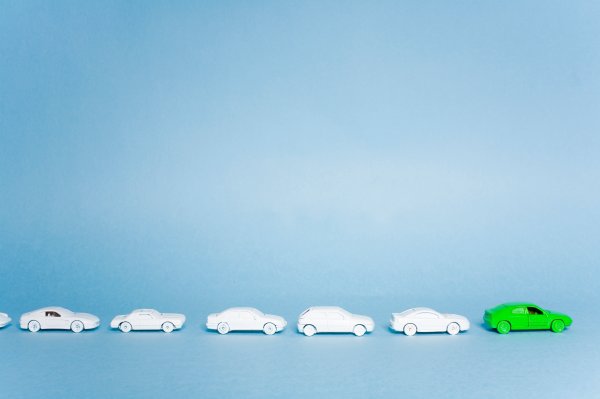 This Car-Share Startup Will Only Give Rides to Women
Next Up: Editor's Pick