At the Perimeter Institute for Theoretical Physics in Waterloo, Ontario, a reporter asked Trudeau about Canada’s mission against ISIS, but began by saying, “I was going to ask you to explain quantum computing.”

“Very simply, normal computers work by…” Trudeau began to respond, to laughter and applause from the audience. “No, no, no,” he said, “Don’t interrupt me. When you walk out of here you will know more, well, no, some of you will know far less about quantum computing.”

Then he launched into an actual explanation. Watch the video above. 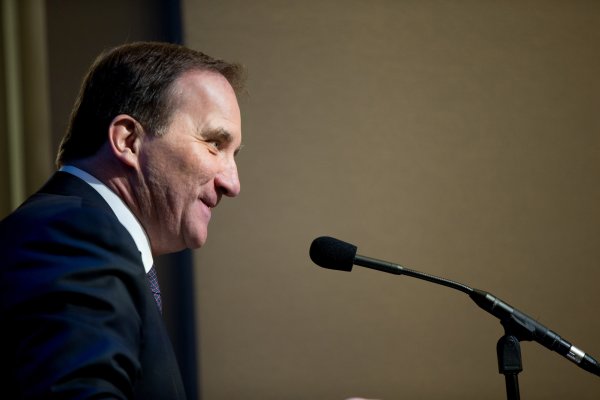 Watch the Swedish Prime Minister Answer the 'Call a Random Swede' Line
Next Up: Editor's Pick