At a screening of the documentary “Climate Hustle,” which claims to expose man-made global warming as a hoax, Palin attacked Nye, Fortune reports, criticizing his credentials.

Palin mentioned Nye after he appeared in a brief clip where he said that climate change deniers will be rejected by Americans, according to Fortune.

Palin may not have done a background check on Nye’s credentials. “The Science Guy” has a mechanical engineering degree from Cornell, is a visiting professor at the university, holds several patents–including one for an improved ballet slipper—and even designed sundials for NASA’s Mars Exploration Rover. 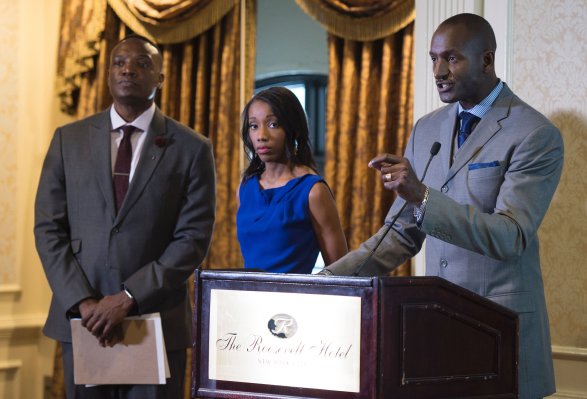